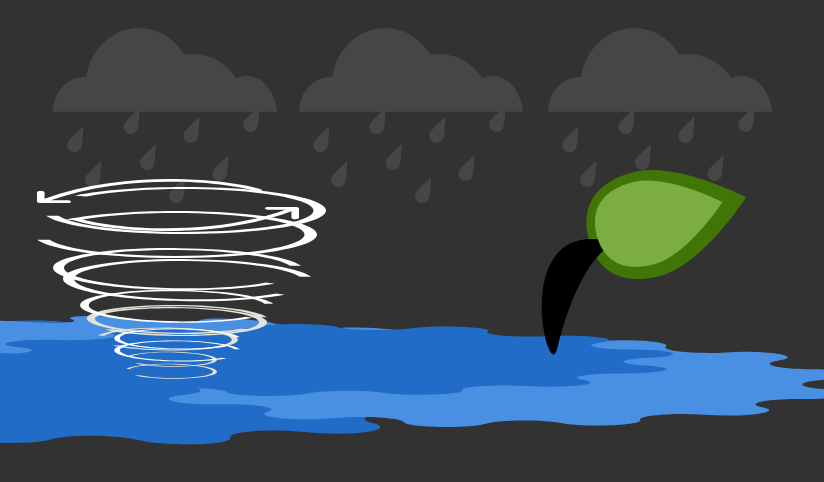 Hurricane Michael is expected to make landfall over the Florida Panhandle tomorrow, with wind speeds of at least 111 miles per hour. In addition to destructive winds, torrential rains and perhaps 12 feet of storm surge are expected. University of Michigan experts can comment.

Perry Samson, professor of climate and space sciences and engineering, is co-founder of Weather Underground. He studies extreme weather and the physics behind it, and can discuss hurricane formation and the factors that affect storm intensity.

Seth Guikema, associate professor of industrial and operations engineering, and civil and environmental engineering, provides hurricane power outage forecasts. As of 10 a.m. ET Oct. 9, he estimates that approximately 2.5 million people will lose power when Michael makes landfall. He will update the forecast regularly as the hurricane approaches.

“Hurricane Michael has the potential to cause widespread power outages in the central Gulf Coast region,” Guikema said. “The impacts will depend on how quickly the storm moves after landfall and how this impacts the decay in the strength of the storm.”

The model Guikema uses to produce these forecasts takes into account several different measures of wind speed and how the wind could affect trees, as well as the storm path and the population density by census tract. In addition to power outages, Guikema can discuss disaster risk, climate change and climate adaptation, and the resilience and sustainability of urban areas and infrastructure.

Jonathan Overpeck is dean of the School for Environment and Sustainability. He is a climate scientist who is an expert on climate and weather extremes, sea-level rise, and impacts of climate change and options for dealing with it.

“Warmer-than-normal sea surface temperatures serve to drive faster development of more intense storms,” he said. “Our warming atmosphere allows the air and storms to hold more water, increasing the risk of more intense rainfall. These factors, plus the clear rise in sea level that is already significant and ongoing, means more likely wind damage and flooding than in the past.

“Continued burning of fossil fuels and greenhouse gas emissions will mean more risk from devastating tropical storms and hurricanes in the future.”

“We can say with confidence that climate change will exacerbate natural hazards brought on by extreme weather,” he said. “These hazards—likes floods, fires, typhoons and hurricanes—will both increase in frequency and severity.

Richard Rood, professor of climate and space sciences and engineering, can discuss the storm path and how it’s likely to behave, as well as the intersections of weather and climate, and climate and society. He is a blogger at Weather Underground and teaches a class on climate change problem solving.

Chris Ruf, professor of climate and space sciences and engineering, and colleagues monitor the intensification of hurricanes in the CYGNSS Science Operations Center on U-M’s campus. NASA’s CYGNSS, or Cyclone Global Navigation Satellite System, is a constellation of eight microsatellite observatories that track storm intensification in unprecedented detail.

Today, this process is not well understood and storms are expected to increase in intensity due to climate change. CYGNSS tracks wind speed data at tropical hurricane latitudes across the globe, taking 32 measurements per second.

Joseph Eisenberg, professor of epidemiology at the School of Public Health, is an expert on infectious disease epidemiology and has 20 years of experience in microbial risk assessment work focused on water quality. He is part of a group of scientists from around the country involved with the Modeling Infectious Disease Agents Study, an NIH-funded program that focuses on infectious disease transmission modeling with a particular focus on waterborne pathogens.

Marisa Eisenberg, assistant professor of epidemiology at the School of Public Health, is an expert in modeling infectious diseases, particularly cholera and waterborne disease in Haiti, Thailand and Angola. She also is one of the scientists involved with the NIH-funded Modeling Infectious Disease Agents Study that focuses on infectious disease transmission modeling.

Aubree Gordon, assistant professor of epidemiology at the School of Public Health, works on infectious disease epidemiology and global health, particularly the epidemiologic features and transmission of influenza and dengue fever. Her research also includes study of the Zika virus, including working on the Nicaraguan site of the NIH funded Zika in Pregnancy study.