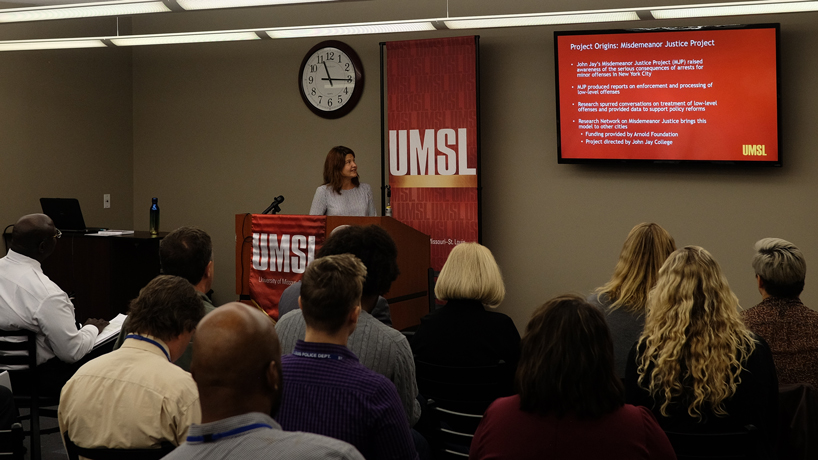 Total crime enforcement rates in the city of St. Louis have declined steadily over the past 16 years, particularly for misdemeanor, bench warrant and municipal arrests, according to a report released Thursday by researchers from the University of Missouri–St. Louis.

There likewise has been a decline in racial disparities in the enforcement rates during the study period. Enforcement actions are still taken at higher rates against African Americans than whites, specifically at a ratio of just over 2-to-1 in 2017, but that ratio has dropped from almost 5-to-1 in 2002, and the declines accelerated in the post-2013 period.

Those are two key takeaways from researchers in the UMSL Department of Criminology and Criminal Justice, working collaboratively with the St. Louis Metropolitan Police Department and other city partners. They have spent the past year examining enforcement trends in St. Louis in the period between 2002 and 2017. 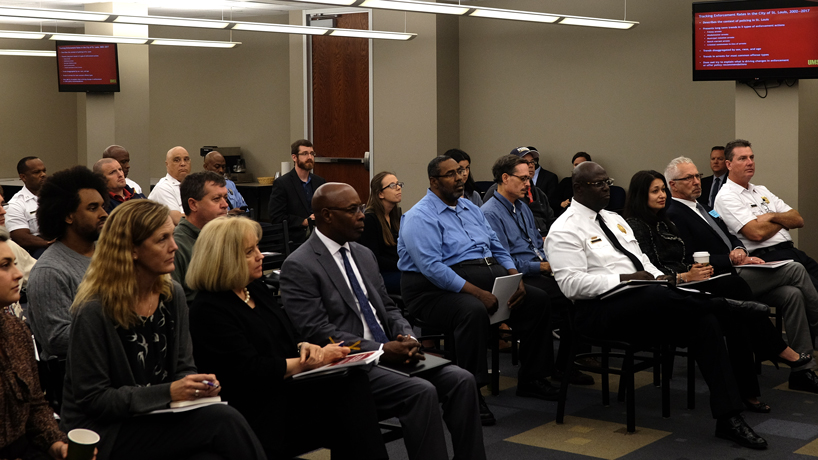 The research has been part of the city’s involvement in the Research Network on Misdemeanor Justice, launched by the John Jay College of Criminal Justice in New York with support from the Laura and John Arnold Foundation. The network consists of eight sites across the United States conducting research in their local jurisdictions on low-level offenses.

“The research network aims to document and understand the criminal justice system responses to low-level offenses, starting from arrest and going through disposition, so each of the sites is going to be producing a report that’s similar to the one presented here today,” UMSL Associate Professor Lee Slocum said Thursday morning as she addressed a crowded boardroom on the seventh floor of police department headquarters in downtown St. Louis. “This is going to allow us to see how enforcement practices vary across different jurisdictions.”

The Research Network on Misdemeanor Justice has made it a goal to share information with criminal justice system actors who can use it to enhance public safety by targeting the use of their scarce resources and to improve their relations with the community. The network also seeks to generate discussion about the best way to enforce and respond to low-level offenses. 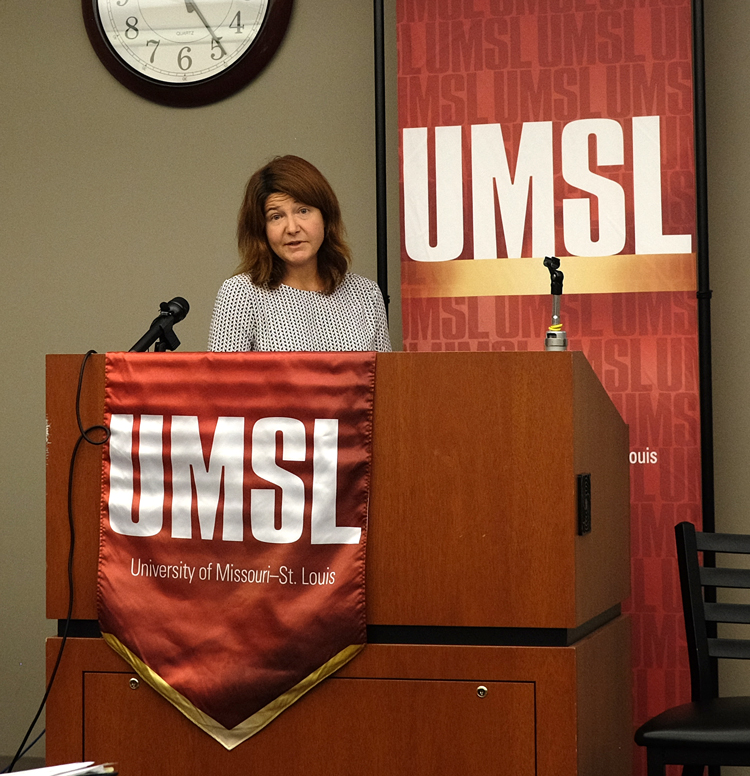 Lee Slocum has been researching enforcement rates in St. Louis between 2002 and 2017 along with colleagues in the Department of Criminology and Criminal Justice as part of their involvement with the Research Network on Misdemeanor Justice.

“This presentation was excellent,” Hayden said. “I think we’re going to get a chance to sit down and attach some causative reasons, and I think when we learn things like that, we can learn how to implement policy that can make sure we’re policing equitably.”

Slocum has played a lead role in UMSL’s involvement in the Research Network on Misdemeanor Justice while working alongside colleagues Beth Huebner and Richard Rosenfeld. They’ve had support from members of the police department, mayor’s office and St. Louis Municipal Court. Several of their research partners have been alumni of the UMSL Department of Criminology and Criminal Justice, including Sherri Schaefer, Will Werner, Erica Preiss and Emily Blackburn on the police department staff and former Chief of Police Dan Isom, the executive director of the Regional Justice Information Service.

The report released Thursday represents only the first stage in St. Louis’ involvement. Slocum and her colleagues next plan to examine data on a neighborhood or district level to assist policymakers.

The results of their current research notably show:

There have been a number of changes in the nature and context of policing between 2002 and 2017, many of which could have contributed to changes in enforcement rates. For example, nonviolent crime rates have decreased by half during that time period. There have also been decreases in the number of police officers. Although the report describes some of these changes, it does not attempt to explain what has caused them. Rather, the purpose of the report is to generate discussion among criminal justice actors and policymakers about best ways to enforce and respond to low-level offenses.