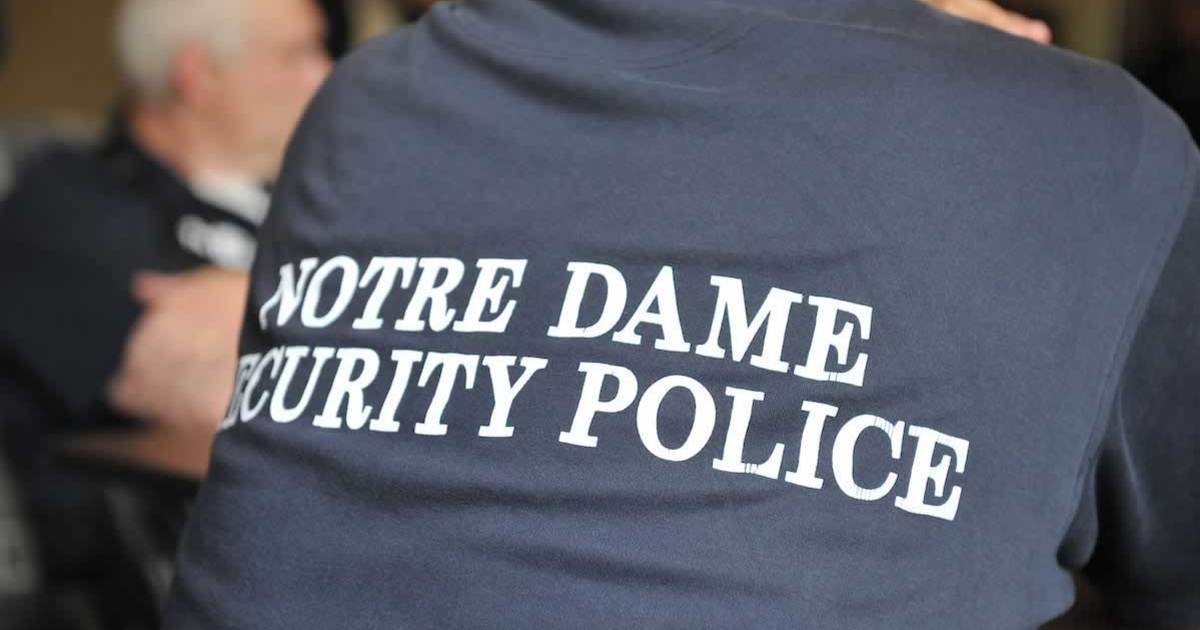 Students were able to submit questions ahead of time, ask them in-person or submit them anonymously via Poll Everywhere, an online application. Topics ranged from crime prevention and reporting, underage drinking and campus access to the use of metal detectors on campus, police-community relations and police accountability.

Responding to a question about the University’s approach to safety on an open campus, Shibata noted that NDSP officers constantly patrol campus for suspicious activity, and encouraged students and other members of the campus community to “let us know when you see something” suspicious as well.

“The University of Notre Dame wants to be a very welcoming place,” Shibata said. “That comes with some risk in that we don’t always know everyone who is on campus.”

As far as metal detectors, Shibata noted that the University already rents metal detectors for special events like the recent Chainsmokers concert and the upcoming Garth Brooks concert, “and we’re looking at expanding that to other major athletic events or events where there will be a large number of people on campus.”

That’s in addition to the University’s clear bag policy for all reserve-ticketed events at Notre Dame Stadium, Purcell Pavilion at the Joyce Center and Compton Family Ice Arena, Shibata said, which went into effect in August as a way to enhance security and expedite entry for those venues.

Asked about bias in policing, an issue of increasing significance nationwide, Shibata noted that NDSP officers train to recognize bias and ensure fair and impartial policing, and also work to build relationships across campus “so you get to know us and we get to know you.”

“Basically, everyone has a bias,” Crittendon, the South Bend division chief, said. “We want to make sure those biases don’t get in the way of the way we police” and erode confidence in law enforcement.

“It’s about making sure people believe in us and believe in the work that we do,” Crittendon said.

Another question centered on the relatively small number of blue-light phones — strategically placed emergency phones that connect directly to law enforcement — on campus.

Essentially, cell phones have eliminated the need for such phones, Shibata said, so while the University continues to maintain its existing blue light phones, “we’ve been selective in where we put” new ones.

Generally, the phones can be found in parking lots, along the perimeter of campus and in remote areas where cell service is unreliable, Shibata said. Each residence hall also has a phone in the entryway.

As far as who to call in an emergency, Shibata recommended students dial NDSP directly when on campus, since 911 routes through the county dispatch center. She suggested students program the number (574-631-5555) into their phones for convenience.

“If you call 911 from your cell phone, it goes to the county consolidated dispatch center, which dispatches the county and city police,” Shibata said. “So they get that call and then transfer it to us.”

Capt. Robert Martinez, head of crime prevention, outreach and safety for NDSP, said the department is considering a second safety summit in the spring.

“It was evident that students are mindful of safety and security issues on campus,” Martinez said, adding, “Engaging with students in an event like this goes a long way towards them maintaining positive relationships with campus officials, local law enforcement and their neighbors.”

NDSP is a fully authorized police agency in Indiana that employs both sworn police officers and non-sworn campus safety officers. NDSP officers complete state mandated training and have the same legal authority as other police officers in the state.