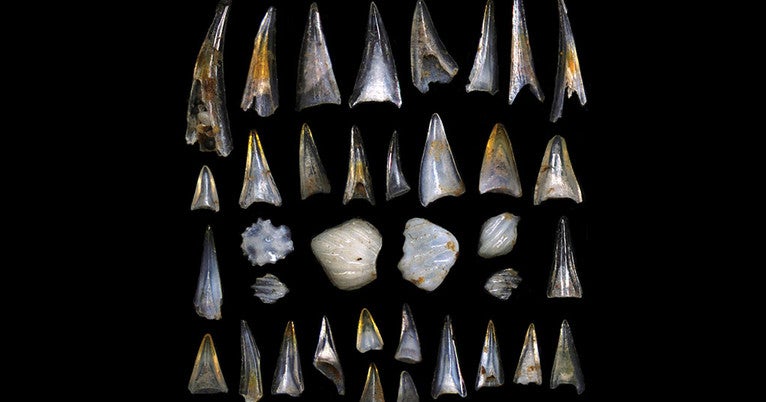 The team, which included Yale’s Pincelli Hull, made the discovery by examining microscopic fish teeth preserved in sediments buried deep in the bottom of the Pacific Ocean. Elizabeth Sibert of Harvard led the research, which appears in the journal Proceedings of the Royal Society B.

“What most people don’t realize is that there is a huge number of fossils that capture changes across important events in the past, such as mass extinctions, but we often lack the technology to rapidly pull information from fossils,” Hull explained. “In my lab we’ve developed a way of rapidly extracting information about morphology from fossils. We worked with Dr. Sibert and colleagues to apply this method to the problem of understanding how the Cretaceous-Paleogene mass extinction affected fish evolution.”