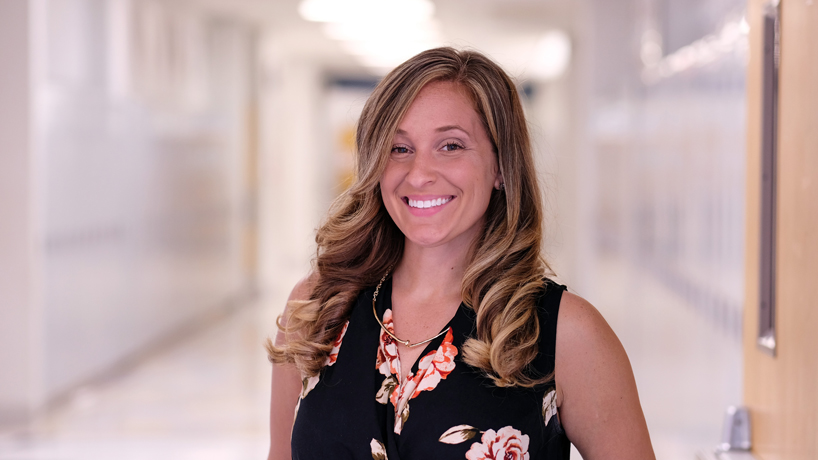 Vashon High School dean of students Samantha Lurie (MEd 2010) started The Show Me Costa Rica Project in 2012 to give students from under-resourced communities the chance to take an educational trip abroad. Over the past six years, 83 students from St. Louis Public Schools and the Riverview Gardens School District have made the trip to Costa Rica through the program. (Photo by August Jennewein)

A visit to Clayton High School in the spring of 2012 proved to be a life-altering experience for Samantha Lurie.

Lurie, a 2010 MEd graduate from the University of Missouri–St. Louis, moved to the area to take a Teach for America post at Vashon High School, on the north side of St. Louis, in 2008. As she and her Vashon students walked through the halls at Clayton – located less than 10 miles west of their school, in St. Louis County – they got a pretty clear view as to the differences a zip code can make when it comes to academic resources.

In particular, a flyer advertising an educational international trip available to Clayton students through the school caught the eyes of the Vashon contingent.

“There was this realization among the students that, ‘I’m in this other high school and seeing all these opportunities that I could only ever dream of,” Lurie said. “That was just something they couldn’t even fathom as an opportunity for someone their age. They really wanted to take a trip and have that type of educational traveling experience. They kept asking me about it and were very adamant.

“I had no idea how we would make that happen, but the students encouraged me to take it on.” 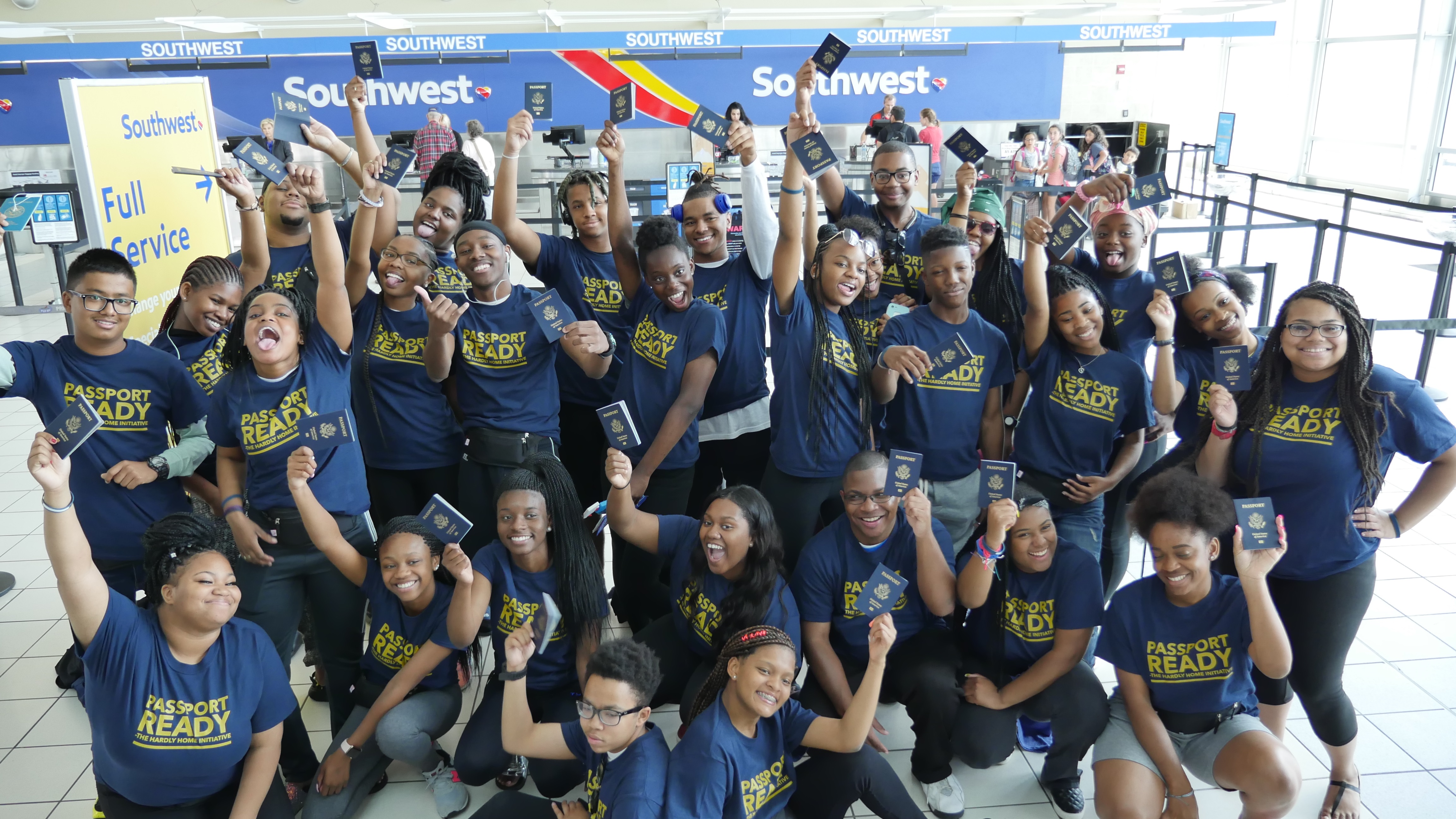 Six years later, The Show Me Costa Rica Project has helped make it possible for a total of 83 students from under-resourced high schools in Saint Louis Public Schools and the Riverview Gardens School District to travel to the Central American country, learning about biodiversity, entrepreneurship, public speaking and Latin American culture along the way.

Lurie took a group of 10 Vashon students to Costa Rica in the spring of 2013. This past summer, the travel party had grown to 28 students from Vashon, Gateway STEM, Carnahan and Central Visual and Performing Arts.

The students in the program are vetted for inclusion and have to maintain at least a 3.0 GPA in order to go. Starting in the fall and running up until the plane takes off, they meet after school one or two days a week for a couple of hours as well as hold seminar Saturdays, which are focused on the educational themes of the program.

Each student is responsible for raising around $2,800. With very little coming from grants, most of the funding comes from private donors, crowdsourcing pages and the students’ entrepreneurial pluck. They sell branded merchandise and coffee beans at the farmer’s market and make their case to potential benefactors through public-speaking engagements. Lurie said students raised around $50,000 this past year and more than $150,000 total over the six years of the program.

It takes considerable time and effort. And, once the students have been through it, Lurie knows they’re getting more than a nine-day trip to Costa Rica.

“I want them to have the confidence that they can set ambitious goals and achieve them,” said Lurie, who has returned to UMSL as a student in the Educational Administration MEd program.

Lurie, in her 11th year at Vashon, is now dean of students. When she first got the project off the ground, she was a biology teacher. She had never been to Costa Rica before, but she knew of its reputation as a paradise of biological diversity. 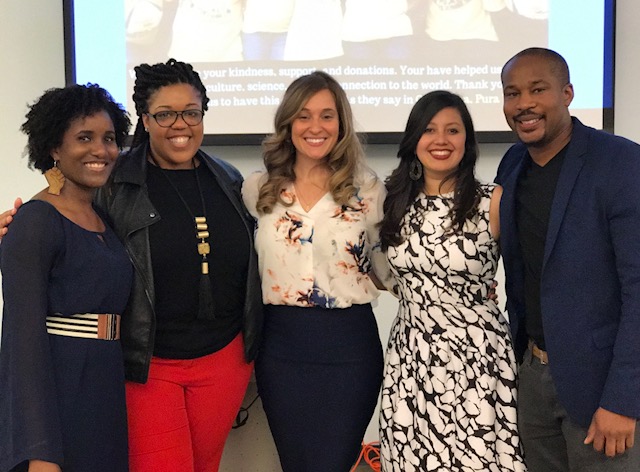 In the first two years of the program – when it was only available at Vashon – students in the program saw their average cumulative GPA rise from 2.93 to 3.65 in a single year. Of the students who made the trip, 90 percent scored proficient or above in the standardized statewide biology end-of-course assessment.

“That was way higher in comparison to what our average student population was scoring,” Lurie said. “They are literally walking through rainforests, pointing out real symbiotic relationships that they are seeing. In the classroom, they’re doing that through a textbook and videos. There are no rainforests surrounding the north side of St. Louis.”

In 2015 and 2016, students from Riverview Gardens School District joined in under the direction of biology teacher Natasha Dupee (MEd 2014). Starting in the 2016-17 school year, Lurie recruited Ana Barrios, a fellow Teach for America and UMSL alumna, and Gateway STEM into the fold.

Barrios, a math teacher who earned her MEd from UMSL in 2012 and is currently in Lurie’s cohort in the Educational Administration MEd program, is bilingual and helps educate the students on Costa Rican culture. She and her husband are also a hit in the Latin American dance day seminar during the school year, getting students ready for a night of partaking in folkloric traditions once they get in country.

She said she is able to learn so much more about her students through the program than she does through normal classwork.

“I still like the teacher-student relationship bond, but it’s more than that,” Barrios said. “We have more respect for each other. We trust each other more. We build this community, we build this relationship together. There are kids who, at the very beginning of the program, never would have stood up in front of a crowd and memorized a three-minute speech. There were kids who were terrified. So being able to see their growth in their interpersonal skills and their leadership skills from Day 1 until after the program is also very fulfilling.” 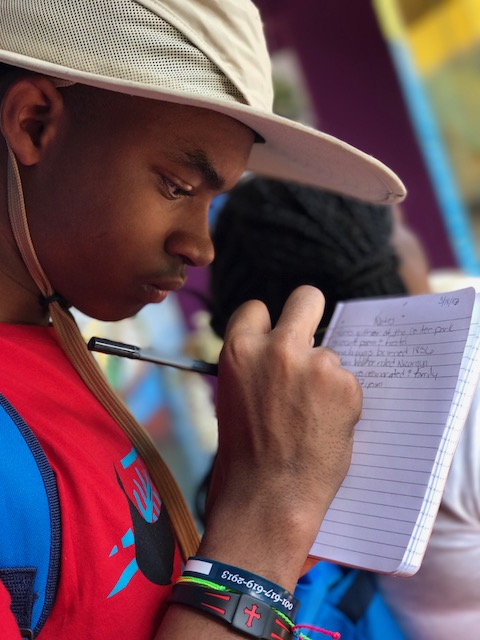 Vashon junior Domonic Archie, a Show Me Costa Rica Project alumnus, spent more than a month back in Costa Rica on a full scholarship through AFS-USA this summer.

Pictures of Costa Rica trips past line the walls of Lurie’s office at Vashon. Sep’Tisha Riley, who took part in the first year of the program, smiles back from one of them.

She graduated from Vashon as valedictorian and went on to earn her degree from Kalamazoo College in Kalamazoo, Michigan. She studied abroad in Costa Rica for three months during college.

“It pushed me to step way out of my comfort zone,” Riley said. “It showed us all something new, and that something bigger than Vashon was actually possible for us. It really broadened our worldview and our perspective on what the world had to offer us.”

Riley has been accepted into Teach for America. Lurie said it’s gratifying to see project alumni succeed. Domonic Archie, a junior at Vashon, spent more than a month back in Costa Rica on a full scholarship through AFS-USA this summer, after becoming the first in his family to travel internationally through the project. He spent time living with a host family and strengthening his Spanish skills while participating in community service projects.

“Once your mind is expanded, it can never go back to those original dimensions,” Lurie said. “As an educator, that is one of the most rewarding experiences, to be able to watch your students gain a transformational experience. Each year our students return from Costa Rica ready to take on new experiences and challenges that they may have never considered previously.

“Our students might be in under-resourced communities, but they are resourced with a ton of knowledge. My hope is that this project affirms who they are and what they are capable of achieving.”