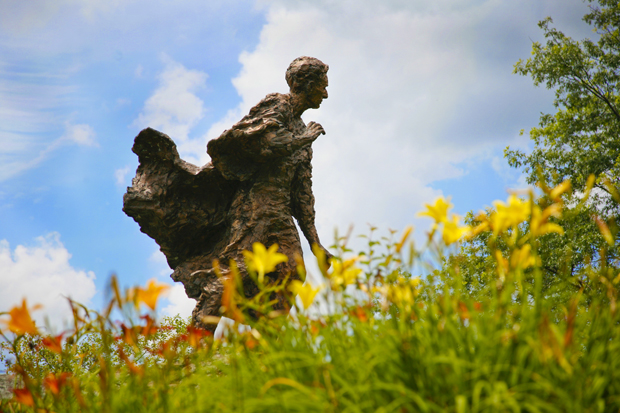 Brandeis has followed through on its commitment to cut carbon emissions by at least 10 percent from 2015 levels, crossing off one of the goals for reducing energy usage from the university’s most recent Climate Action Plan.

The university recently completed the first phase by reducing carbon emissions by 12.6 percent of their 2015 levels, and will continue to work to curb energy usage even more in the near and distant future.

“I am so pleased that the Brandeis community has come together over the last three years and help us reach our goal,” said Brandeis sustainability manager and task force member Mary Fischer. “However, there is still a lot of work for us to do.”

“The timing of us reaching this goal is particularly critical, as we’ve recently learned from the Intergovernmental Panel on Climate Change that our planet is in an even more dire situation than we originally thought,” Fischer added. “What’s particularly clear is that we need to continue curbing our carbon emissions. Brandeis is eager to continue contributing to the worldwide effort.”

The 25-member task force, which included representatives from university administration, campus staff, faculty and undergraduate and graduate students, helped mobilize the Brandeis community through its contributions to the Climate Action Plan.

Brandeis has made many innovative improvements to its infrastructure, event planning and food sourcing to meet the first phase of its carbon reduction goal. The university increased energy efficiency in numerous buildings, created and enforced an energy policy that limits over-cooling in the summer and overheating in the winter, and took measures to reduce natural gas usage at the university’s central heating plant, including lowering steam line pressure and testing the use of biofuel.

Individuals across campus – faculty, staff and student alike – chipped in, too, by participating in efforts to compost and reduce electricity usage in their offices, residence halls and classrooms.

Brandeis will pursue phase two of its goal: a 15 percent reduction of 2015 carbon emission levels by fiscal year 2020, in accordance the Climate Action Plan. To accomplish this, the university will continue to invest in sustainable and energy efficient measures.

“We can and will continue to invest in a more sustainable Brandeis, not just for the benefit of our campus community but for the benefit of our world,” said Vice President for Campus Operations James Gray. “We can take pride in what we’ve accomplished, but we know there is more to be done. I thank everyone at Brandeis for their continued effort in helping us reach our sustainability goals.”