Webster University Ghana on Oct. 11 held a public lecture on the theme, “the Role of Creative Arts in Africa’s Development: The Case of Music, Film and Photography”. The lecture brought together art lovers, film enthusiasts, and various other people with an interest in the development of the creative arts industry in Africa.

All three panelists noted that despite the enormous potential inherent in the creative arts industry, African countries have been unable to reap substantial economic benefits from it.

David Dontoh, blamed the poor state of Ghana’s creative arts sector on the negligence of successive governments. He said governments had failed over the period to provide the needed infrastructure and support to artists in the industry, which he added has denied the citizens of their “cultural rights.”

“It is our right as citizens to be treated to our music, our dance, and our folklore,” he argued. “Everything about ourselves must be first before anything else,” he said.

Veteran Highlife and afro-jazz musician, Gyedu-Blay Ambolley, who has been one of the most innovative artists of African musical culture since the early 1970’s, noted that music was the best form of entertainment.

He said that government’s lack of interest in providing guidance to the music industry to promote Ghanaian culture was very unfortunate.

“We are losing the cultural element in our music that identifies our sound as African and this is negatively affecting the youth of the country,” he added.

Reginald Jackson, an educator and a visual artist, said one culture could impact another depending on how the culture is depicted or exposed. He noted that there were so many benefits Ghana could derive from holding onto its identity and marketing it to the rest of the world.

Webster University’s public lecture, the eleventh in the series, was organized as part of the university’s contribution to the intellectual development of society. 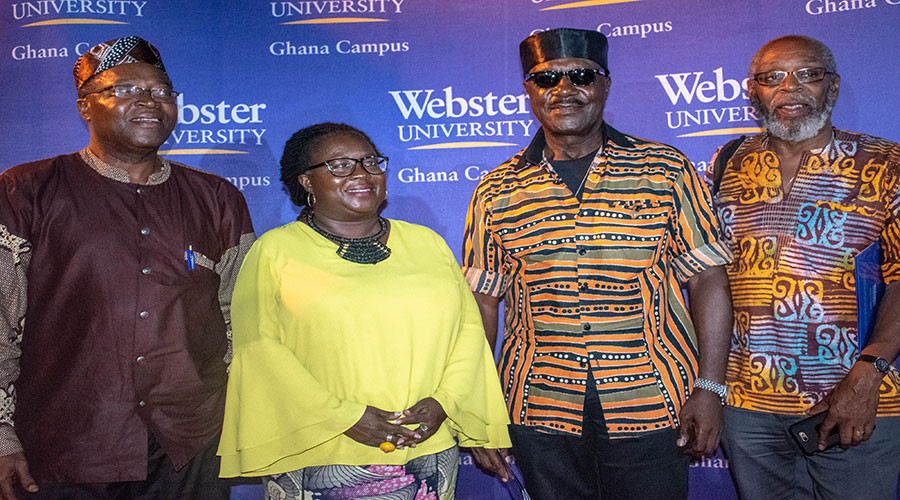