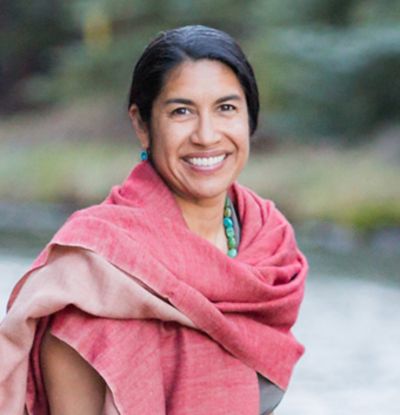 Professor of Ecology and Evolutionary Biology Erika Zavaleta (top) and Ph.D. student in ecology and evolutionary biology Melissa Cronin (above) are developing a workshop designed to help scientists learn how to prevent and deal with sexual assault and harassment in field settings. (Zavaleta photo by Matt Kroll; Cronin photo by Carolyn Lagattuta)

Jane Willenbring was a 22-year-old graduate student working in a remote valley in Antarctica when, she said, her supervisor, well-known Boston University geologist David Marchant, began harassing her.

According to details reported in 2017 in Science and Inside Higher Ed magazines, Marchant allegedly directed sexual slurs at Willenbring, shoved her down a steep slope, pelted her with rocks while she urinated near the primitive campsite, and urged her to have sex with his brother, who was on the trip. Still, it took Willenbring 17 years before she reported the 1999 incidents. By then, she was a tenured associate professor of geology at Scripps Institution of Oceanography at UC San Diego.

After a 13-month investigation, Boston University said it found enough evidence to support Willenbring’s sexual harassment claims—although not the physical assaults—which, it said, warranted Marchant’s removal from the faculty. Marchant, who is appealing the decision, is on paid administrative leave, according to reports.

But what happened to Willenbring in the far-flung reaches of Antarctica is not an isolated incident. A 2014 nationwide study of 666 scientists by Kathryn Clancy of the University of Illinois Urbana-Champaign found 65 percent of those responding had been sexually harassed while working at field sites, and 21 percent said they’d experienced sexual assault.

Now, UC Santa Cruz Professor of Ecology and Evolutionary Biology Erika Zavaleta and Ph.D. student in ecology and evolutionary biology Melissa Cronin are pioneering an effort to change those statistics. Funded by a grant from the Henry David Thoreau Foundation, Zavaleta and Cronin are developing a workshop designed to help scientists learn how to prevent and deal with sexual assault and harassment in field settings where researchers often work in harsh conditions and close quarters miles from help.

“This is a culture shift,” Zavaleta said during a recent pilot presentation of the workshop.

A workshop is born

Sitting in her sunlit office, Zavaleta, who studies climate change ecology, told stories of her own harassment while working in what should have been dream assignments. One professor repeatedly made comments about her appearance during a field expedition, while at a second site, a remote mountain camp, Zavaleta became the target of a 50-year-old supervisor who aggressively pushed to have a relationship with her. Things got so bad, the then-19-year-old Zavaleta was forced to hike alone for 25 miles to get to another station where the man didn’t work, she said.

But it wasn’t until two years ago, while Zavaleta was having lunch with about 25 scientists at a Women in Science meeting, when talk turned to the challenges women face in the field and the idea for a workshop was born.

“Suddenly two-thirds of the room were sharing the general outlines of the negative experiences they had in the field,” Zavaleta said, remembering the lunch. “I walked out of there saying, ‘Wow, we need to talk more about this, and, on another level, we need to address this from a practical standpoint.’”

A unique set of problems

The fact that harassment occurs in academia shouldn’t be surprising, but doing science in the field—in remote deserts, on distant glaciers, and even aboard research ships—has its own set of problems, according to Zavaleta and Cronin.

Communication to the outside world may be difficult, and a quick escape could be impossible. People also are working in tight quarters and doing hard work in tough conditions where they have to rely on each other for survival.

“Field work is very hierarchical, with trainees dependent on faculty,” Cronin said. “We work long hours in close quarters with blurry boundaries of professionalism. There are also power asymmetries, and victims may fear reporting the gatekeepers” because of the possibility of professional retaliation in their budding careers.

“The consequences and responses look very different (in the field) than at an office where there is a Title IX office at your disposal,” Cronin said.

And while both Cronin and Zavaleta stressed that field work is not only exciting but also rewarding, they say it’s important to know how to deal with situations that may arise in the same way that it’s good to know what to do in a lightning storm or when faced with, say, a rattlesnake.

The pair’s 90-minute workshop, which Zavaleta will present at the Student Conference for Conservation Science in New York and also will be offered to science students, faculty, and staff at UC Santa Cruz, is practical and designed to promote discussion.

It not only offers definitions of harassment but also highlights the need to have clearly defined rules and codes of conduct before the group even leaves for the research site. It also covers basic safety practices and actions witnesses and bystanders can take. For instance, it stresses that the group’s satellite phone and car keys should be located where everyone—not just the supervisor—can get to them, and lists ways a bystander can stop harassment without escalating a situation. Hypothetical situations are offered so participants can figure out how to handle harassment and assault situations on their own.

“Sexual harassment in the field can get in the way of people’s success, but we want to change that,” Zavaleta said.

Before the group of 25 to 30 students, staff, and faculty head into places like the Mojave Desert or the Channel Islands, Lay said, he sits down with the group and has a conversation about expectations, roles, and appropriate behavior, including a “zero tolerance” policy for sexual assault and sexual harassment.

Lay, who helped create the UC system’s Field Operations Safety Manual, said setting up expectations and giving students, staff, and faculty a framework for dealing with and reporting incidents that may occur helps create a professional and safe learning and work environment for all.

“With the training (we do before we go into the field) we can really create these magical, memorable experiences that change people—sometimes forever—and create solid networks of friends students can have for the rest of their lives,” Lay said.

Fieldwork, he said, is a powerful way for students to apply what they learned in the lab and in classrooms and boosts their success in the sciences.

“During my time as dean, it’s been my goal to increase fieldwork opportunities for students of all backgrounds. These key experiences must be safe and supportive learning environments—no matter how far from campus or remote the location,” he said.

“Erika Zavaleta’s workshop is one important way we can help educate students, staff, and faculty about the risks of harassment, and provide the tools to help them preemptively identify issues and properly deal with inappropriate behavior, should it arise.”