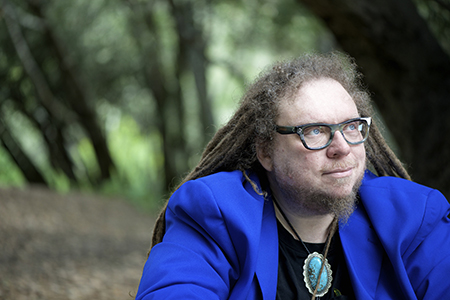 Lanier will speak on the topic, “How the Internet Failed and How to Recreate It.”

A pioneer in virtual reality (a term he coined), Lanier has been on the cutting-edge of technological innovation from its infancy to the present. The founder of VPL Research, the first company to sell VR products, Lanier has led teams creating VR applications for medicine, design, and numerous other fields. Lanier introduced avatars, multiperson virtual world experiences, and prototypes of major VR applications such as surgical simulation.

He is also the author of the international bestsellers You Are Not A Gadget and Who Owns the Future?, as well as Dawn of the New Everything, which was named a 2017 Best Book of the Year by The Wall Street Journal, The Economist, and Vox.

Lanier’s latest book is Ten Arguments for Deleting Your Social Media Accounts Right Now, which outlines how the benefits of social media can’t possibly offset the devastating losses to our personal freedom, dignity, happiness, and well-being. But Lanier also optimistically envisions a new humanistic type of social networking that can lead to a better way to live and connect to the world.’’

A founding contributing editor of Wired Magazine, Lanier has also written for such publications as Discover, The Wall Street Journal, Forbes, Harpers Magazine, Atlantic, and Scientific American. He has been interviewed on a number of television shows including PBS NewsHour, The Colbert Report, Nightline, and Charlie Rose, and has been profiled multiple times on the front pages of The New York Times and The Wall Street Journal.

Often described as a Renaissance Man for the 21st century, Lanier is also a musician, artist, and composer of chamber and orchestral works. Active in the world of new classical music since the late 1970’s, he has also performed with such diverse musicians as Philip Glass, Yoko Ono, Ornette Coleman, George Clinton, and Steve Reich.

Lanier also composes and performs for film soundtracks and his credits include composer on Sean Penn’s 2010 documentary, The Third Wave, and principle instrumental performer for Richard Horowitz’s score for Three Seasons (1999), which won the Audience and Grand Jury awards at Sundance.

A specialist in unusual and historical musical instruments, Lanier additionally maintains one of the largest and most varied collections of actively played instruments in the world. And his paintings and drawings have been exhibited in museums and galleries in both the United States and Europe.

Lanier’s appearance kicks off a year of programming about “Data and Democracy” by The Humanities Institute at UC Santa Cruz. THI director Nathaniel Deutsch noted that the institute will be hosting numerous events and other activities centered around this timely theme.

“As our society navigates shifting definitions of fake news, targeted ad programs, and compromised voting systems, it is essential that we work to understand the complex and often obscured relationship between data and democracy,” said Deutsch.

“During the 2018-2019 academic year, The Humanities Institute will lead a community-wide conversation about this topic through a range of events focused on the ethics of social media, online privacy, big data, and algorithmic bias.”

THI managing director Irena Polic added, “The humanities are essential in helping us make sense of this changing world. Let us consider what it means to be human as technologies advance and transform the world around us.”

Jaron Lanier will give the 2018 Peggy Downes Baskin Ethics Lecture on Monday, October 29, at 7 p.m., in the Music Center Recital Hall on the UC Santa Cruz campus. (NOTE: Registration for this free event is now sold out. However, there will be a livestream of the event. Sign up to receive details about the livestream. If you still wish to attend, go to the Music Center Recital Hall on the day of the show; there will be an overflow line and any open seats will be filled just prior to the start of the program). For more information, contact thi@ucsc.edu.