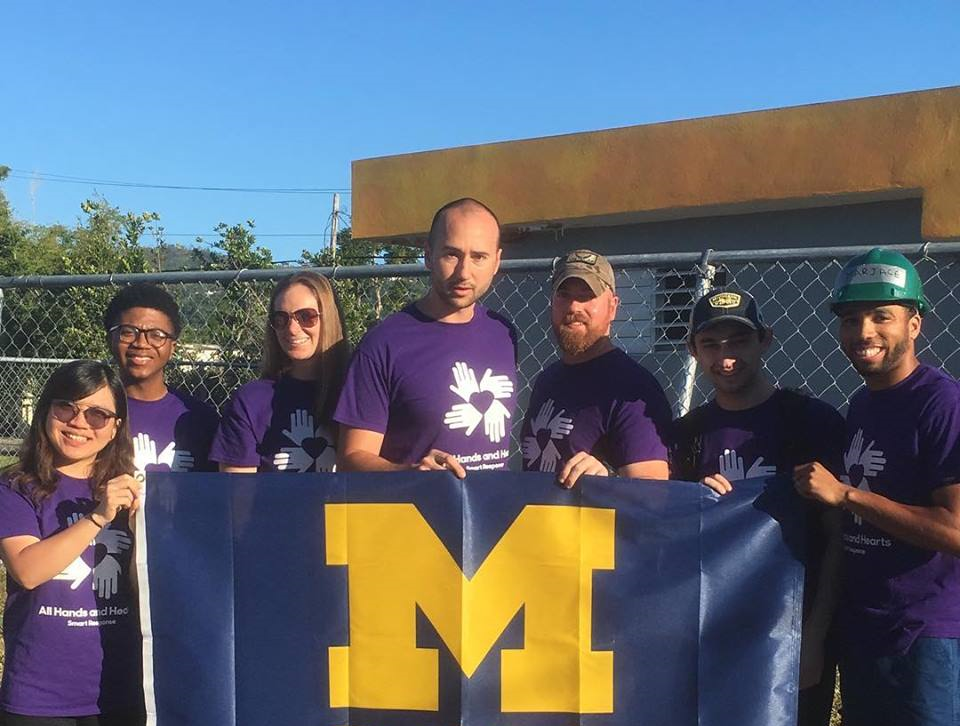 ANN ARBOR—University of Michigan students from Wolverine Disaster Relief are in Houston this week to help rebuild in the wake of Hurricane Harvey, which hit southern Texas in August 2017 and affected about 13 million people.

Hurricane Harvey was the most powerful tropical storm to hit the U.S. since 2005. It caused about $125 billion in damage, ranking it as the second-most costly hurricane to hit the U.S. mainland since 1900.

About 136,000 homes were damaged in Houston and 41 counties in southeast Texas have been designated as federal disaster areas because of Harvey. One-third of Houston was completely flooded. The death toll is at 88.

The group, with seven students from the WDR club, is working with All Hands All Hearts, a volunteer-powered disaster relief organization, that has committed to in Texas for at least three years. WDR students decided to go to Texas since they believe disaster relief should extend past the first few weeks and months after a disaster happens.

“For communities to fully recover, it will take a lot of effort over a longer period of time,” said Tim Carter, WDR co-president and an MBA student at Michigan’s Ross School of Business. “We believe that even though media coverage has faded away from Houston, there are still many people without homes, and there is still a great need for volunteers.” 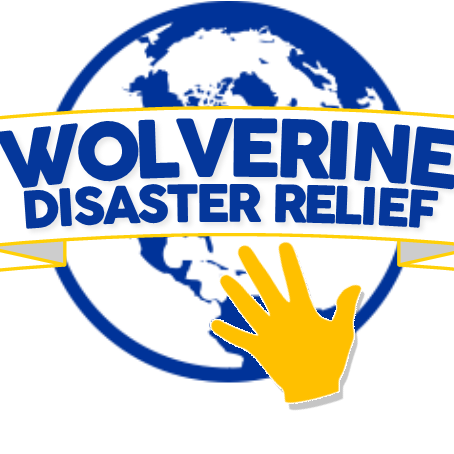 Founded in 2017, the disaster club provides material, financial and volunteer support for those who have been affected by any natural or man-made disasters. Among its goals: assessing urgent needs and recruiting students and alumni to assist with long-term reconstruction projects. In its first year, the club sent volunteers to Puerto Rico and Texas to assist in hurricane relief efforts.

“We aim to develop new leaders and make a positive difference in the world, and this is a key way to do it,” Carter said. “We want to help students understand the challenges people face and provide an avenue for them to get involved, besides leveraging their education, to make a difference out there.”

According to the World Health Organization, natural disasters kill about 90,000 people and impact nearly 160 million people worldwide every year. Natural disasters, like earthquakes, tsunamis, hurricanes, tornadoes, floods and droughts, have an immediate impact on human lives and can damage the health, well-being and survival of the affected people.