While the issue of antibiotic resistance genes (ARGs) in water has long been studied, relatively little attention has been paid to airborne ARGs, despite its potential to pose a significant threat to public health. A team of researchers, including Jordan Peccia, the Thomas E. Golden, Jr. Professor of Chemical & Environmental Engineering, focused on the issue in a study published in Environmental Science & Technology. 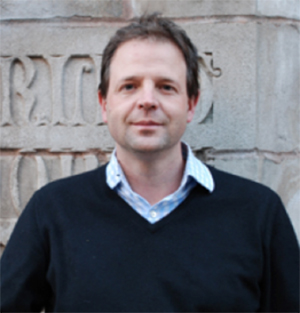 In recent years, researchers, have found airborne pathogens in hospitals to be resistant to multiple drugs and there has been an increased interest in finding ARGs in the particulate matter found in such places as cattle farms, urban environments and wastewater treatment plants.

The study was recently listed as the journal’s most read for the month, an indication of the importance of the issue, said Jaehong Kim, professor and chair of the chemical and engineering department.

“The most read articles mean that they deal with the most important and timely subjects of the field and are bound to have significant impact,” Kim said. “Professor Peccia’s involvement in this article reflects his leading role in the field of biological aerosols.”

The researchers profiled 30 ARGs resistant to seven common antibiotics in 19 cities around the world. Beijing was found to have the highest richness (up to 18 subtypes) of airborne ARGs, accounting for 60% of total detected ARGs. In the paper, the researchers noted that the variations in subtypes had a strong correlation to the prevalence of the use of certain drugs in specific cities. As such, different ways to control the antibiotic use of urban hospitals could significantly affect the emissions of ARGs into the air, and as a result, improve the health and environment of those cities.

The researchers said the main goal for the study is to advance the knowledge of urban airborne ARGs. A better awareness of the abundance and types of airborne ARGs is critical to understanding current infectious disease transmission and providing valuable information for re-evaluating air quality assessment practice.

Peccia noted that most of our attention on ARGs has focused on water. Most drinking water is treated, though, so there isn’t much risk of infection. Fewer efforts to curb ARGs in the air, though, means that more attention is needed in that area.

“Outdoor air and surfaces are not treated,” he said. “Humans are constantly exposed to these organisms via inhalation and touching surfaces.”

Senior author of the paper, Maosheng Yao, a professor at Peking University, said much of the research on ARGs has focused on water because it’s much more abundant there than it is in the air. It’s also more difficult to obtain samples of it from the air.

“Now, we are working to see if and how these airborne ARGs affect human health as well as ecology,” said Yao, who had previously been a postdoctoral research associate in Peccia’s lab.