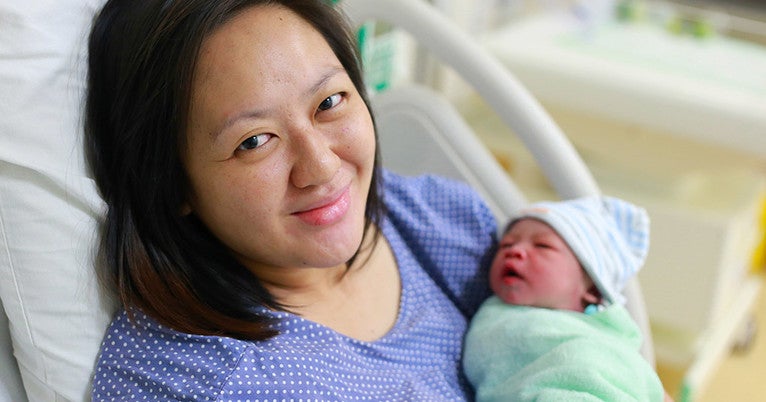 Despite the conventional belief that for women giving birth “once a cesarean always a cesarean,” the practice of attempting vaginal delivery after cesarean — also known as “trial of labor after cesarean delivery” (TOLAC) — is safe for many second-time mothers with no contraindications. However, hospitals differ widely in how frequently and how well they use TOLAC, say Yale researchers. This study appears online in the American Journal of Obstetrics and Gynecology.

“Today, more than 30% of births in the U.S. are delivered via cesarean section,” said Xiao Xu, lead author on the study and associate professor of obstetrics, gynecology, and reproductive sciences at the Yale School of Medicine. “This high rate of cesarean delivery not only affects the current birth but also future pregnancies as well since maternal risks for adverse outcomes progressively increase with each additional cesarean. So appropriate use of TOLAC plays an important role for improving long-term reproductive health of American women.”

Examining data from the linked Californian hospital discharge records and birth certificates from 2010 to 2012, the researchers found that overall 12.5% of mothers with one prior cesarean delivery were able to give birth vaginally. Across hospitals, however, the rate of TOLAC use and subsequent success varied considerably — with a median of 30.0% and 30.2%, respectively. The team then uncovered an inverted U-shaped relationship: Both excessively low or high TOLAC use was associated with lower success rates at any given hospital.

Additionally, whether hospitals in the study were more or less likely to have greater TOLAC use and success was linked with certain characteristics. Hospitals in rural locations and with higher local malpractice insurance premiums had lower TOLAC use, and hospitals with for-profit ownership had lower TOLAC success. Meanwhile, hospitals with both higher TOLAC use and success rates were those with teaching status, system affiliation, larger volume, higher neonatal care capacity, greater anesthesia availability, a higher proportion of midwife-attended births, and a lower proportion of Medicaid or uninsured patients.

“Understanding how and why hospitals differ in providing trial of labor for women after a previous cesarean can help us identify opportunities for improvement,” said Dr. Jessica Illuzzi, senior author on the study and associate professor of obstetrics, gynecology, and reproductive sciences at Yale.

“For example, we found that low-volume and rural hospitals tend to have lower TOLAC use, so for those hospitals, exploring ways to safely support labor after cesarean can be beneficial to women in these regions,” said Illuzzi. “In addition, some hospitals demonstrated successful vaginal delivery rates above 60% when attempting labor after a previous cesarean, so optimizing labor after cesarean for women at other hospitals can be an important and feasible way to reduce repeat cesarean delivery and associated maternal morbidities.”

This study was funded by a grant from the Agency for Healthcare Research and Quality.