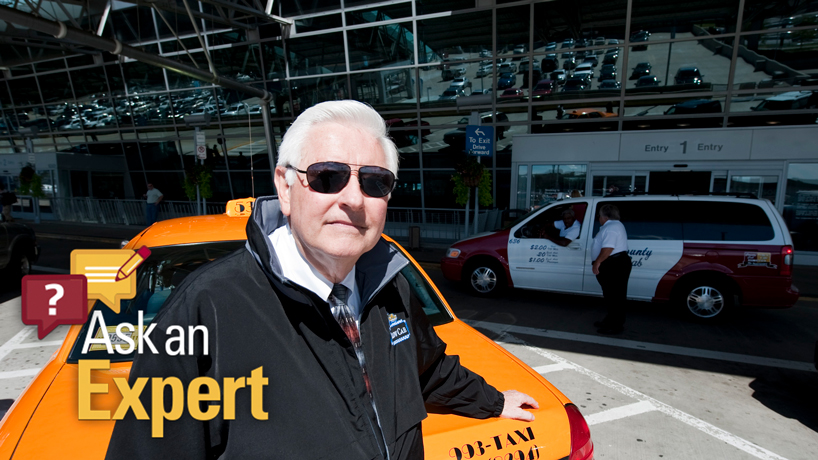 Since city officials first expressed interest in leasing the operations of St. Louis Lambert International Airport, many regional travelers have followed the developments. Ray Mundy is among them.

The frequent flier and University of Missouri–St. Louis professor specializes in ground transportation management and is the longtime executive director of the Airport Ground Transportation Association. Mundy also serves as a consultant to both public and private transportation companies and is director emeritus of UMSL’s Center for Transportation Studies.

For the latest installment of the “Ask an Expert” series, UMSL Daily spoke with Mundy about airport privatization and how this process could impact operations in St. Louis.

In June, the St. Louis Board of Estimate and Apportionment approved the contract for a team of advisers to explore the possibility of leasing Lambert airport. What elements should the advisory team explore beyond potential investments?

They have to do an honest analysis, considering strengths and weaknesses of going private and trying to show the benefits to the community. At the same time, they need to caution the community about the airport’s current growth potential with limited federal funds.

This committee is going to have to show the long-term prospects of how St. Louis would fall behind other airports given current federal funding levels. In order to get some form of airport privatization, they have to convince our city leadership of the image of St. Louis reclaiming a rightful place as a major airline hub in the geographic population center of the United States. Will it happen? There’s a chance. I would say a 30 or 35 percent chance of success. Don’t forget, current airlines serving STL are required to sign off on any privatization agreements, so they may not be too excited about privatization bringing new airport bosses to town.

How widespread is airport privatization in the U.S. and internationally?

Privatization of airports shouldn’t be new to the United States. Most of our airports initially were private. Some of the best airports we had up until World War II were privately developed. Through the ’30s and ’40s, especially during World War II, a lot of federal money was made available to communities to beef up their airports and air service. The communities then had grants to purchase private airports, which they did.

In most other parts of the world, it’s far more common to have privately owned and operated airports than it is to have publicly owned airports.

What have been the outcomes in those international airports?

There are some downsides, though. The private airports are going to use whatever advantages they have to support the airport and revenue growth. For example, if you drive your private car to the airport in Great Britain, you’re just like a taxi, limo or van. You may pay £5 or £7 for the right to pick up and drop off at the curb.

But privatization is nothing new to the airline/airport industry, and I would think that we are going to see more attempts at privatization here in the United States. We have some problems here in St. Louis, though.

What are the problems here?

One problem is the current structure. We have a dynamic aviation director who comes from the private sector. She’s managed a terrible financial situation that she inherited fairly well. I think she would probably do as well or better in the private sector. It’s the other public employees that would probably be a little leery of suddenly losing their civil service status and becoming part of a private company.

And the city is bound to have mixed feelings about it. There is a pot of cash from the lease that could allow them to do a lot of things for schools and poorer communities. However, there will probably be a heated debate about “selling off” the airport. In reality, the advantage of public ownership is the availability of tax-free bonds, and there may be some measures that bring private management to the airport but ownership still with the City of St. Louis.

Fortunately, St. Louis has an advantageous geographic location, but we could see that advantage lost again to other cities due to lack of trust in the private sector versus the public sector.

Why should St. Louis consider privatizing its airport?

St. Louis has never seemed to be able to take advantage of its location. We have a modern-looking airport, but it’s not first-rate or considered a hub for anyone – except we now have Southwest moving more flights down from Chicago and creating at least a mini hub. The airport really needs to grow, and we won’t be able to do it with the current operating system.

Privatization of the airport would bring modernization, competitive rates, better facilities and more gates. Air wise, we are still well-suited to be a hub once again. That’s always been there, but we’ve never had the money to be able to do it.

Privatization is coming. If we look to the future now, we’ll be far better off than other airports. Will St. Louis move in that direction today? It depends on what the study says. I wouldn’t put a high probability of success on it, however, unless it is carefully explained. The long-term benefits are there, and it’s possible, but it will be a struggle. It should receive a chance, at least a fair hearing. But even though it could be beneficial to the community in the long run, we may not be ready for it.

St. Louis needs to have a clear picture of what the aviation program here could look like and what kind of additional services we could attract. I think to get ready for it, you have to have a population that recognizes federal funds probably aren’t going to be great in the future. If they want the airport to grow and develop, they’ll never do it through public funds. In the future, we will probably see a greater push toward the private sector because we can no longer afford to lag behind, depending on the public sector for infrastructure funds. The Federal Aviation Administration only gets so much in the way of a budget. Often there are airports that need a great deal in infrastructure funding, but they can only get so much as their political bodies can garnish for them.

If you had to suggest a timeline, when do you think St. Louis would be ready?

It depends on the finances for St. Louis. If our political parties agree on how to use the money from the lease, then I would say it has a good chance. But I don’t know that we are there yet. If this attempt fails, I would say it would be another five or 10 years before we make another attempt. I’ve been surprised at how far it has gotten already.

If the current effort does generate a favorable bid from a private investor, how complicated is the rest of the privatization process?

City approval would only be a first step. Contracts would have to be developed, a request for proposals would need to be issued and decisions made with respect to who was the successful bidder. Yes, this process will be politically charged – after all, it is St. Louis. This process should take at least a year and probably two if it moves forward.

How would privatization impact the day-to-day operations of the airlines?

It would force them to be more competitive. You wouldn’t have to have new airlines flying out of MidAmerica Airport across the river. Privatization would also take back gate allocation authority. In public airports, airlines often sign long-term leases for the gates. The airlines then tie up the gates, and the airports can’t build anything more because they are limited by the infrastructure funds available from the FAA. Sure, there are other sources of airport revenue, such as the per-passenger airline charge, but airports are expensive facilities. Often these funds are required just to maintain the facility.

In a private-sector situation, airports would say, “Hey, our gates are full. Let’s build some more gates.” Airlines don’t sign long-term leases. Private airport operators would lease gates out for blocks of time and airlines share them for better utilization.