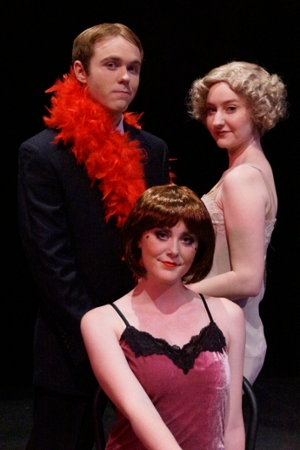 General admission is $15 for adults, age 18 and older; and $12 for SIUE faculty, staff and retirees; seniors, age 65 and up, non-SIUE students, and children under 18. The cost is free for SIUE students with valid identification.

To purchase tickets, call the Theater and Dance Box Office at 618-650-2774 or visit the office in Dunham Hall on the SIUE campus between 10 a.m. and 4:30 p.m. Monday–Friday, or before the show starts.

“CHICAGO” is the 1975 Tony Award nominee for Best Musical, Best Book of a Musical and Best Original Score, and the winner of the 1997 Tony Award for Best Revival of a Musical.

The musical was made into a hit movie in 2002, starring Renée Zellweger, Catherine Zeta-Jones and Richard Gere.

“CHICAGO” the musical, is based on a 1926 play of the same name by reporter Maurine Dallas Watkins and is about the criminals and crimes she reported on. “CHICAGO” first opened on Broadway at the 46th Street Theatre in New York City on June 3, 1975. Fosse directed and choreographed the musical.

In the Roaring Twenties, Roxie Hart murders a faithless lover and convinces her hapless husband, Amos, to take the rap. Amos later turns on Roxie after discovering he has been duped. Convicted and sent to death row, Roxie and another “Merry Murderess,” Velma Kelly, vie for the spotlight and the headlines, ultimately joining forces in search of the “American Dream” – fame, fortune and acquittal.

This sharp-edged satire features a dazzling score that sparked immortal staging by Fosse.  “CHICAGO” is a satire on corruption in the administration of criminal justice and the concept of the “celebrity criminal,” all the while set to brilliant musical numbers and amazing dance choreography.

Central to SIUE’s exceptional and comprehensive education, the College of Arts and Sciences has 19 departments and 85 areas of study. More than 300 full-time faculty/instructors deliver classes to more than 8,000 undergraduate and graduate students. Faculty help students explore diverse ideas and experiences, while learning to think and live as fulfilled, productive members of the global community. Study abroad, service-learning, internships, and other experiential learning opportunities better prepare SIUE students not only to succeed in our region’s workplaces, but also to become valuable leaders who make important contributions to our communities.

Photo courtesy by Valerie Goldston: Shown standing from L-R are Trey Ball and Zora Vredeveld, and sitting is Sydney Martin.