What do kids know about Israel? What should we teach them?

Little research has been done on how Jewish kids’ views of Israel change over time – until now. 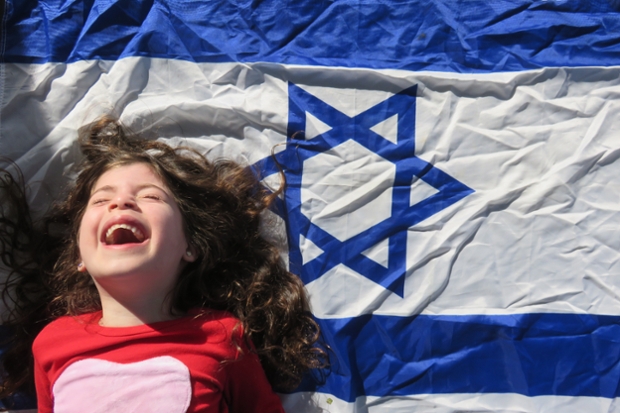 What should we be teaching Jewish elementary school kids about Israel? What concepts and ideas can they understand? How do their views and perceptions change over time?

Even though many parents and teachers believe they know the answers, they probably can’t back them up with research.

“We know an awful lot about how younger kids typically think about subjects like math but when it comes to Israel, we don’t really know anything,” said Jon Levisohn, director of the Jack, Joseph and Morton Mandel Center for Studies in Jewish Education.

In 2012, Levisohn learned about a new project launched by social scientist Sivan Zakai, who was interviewing 35 kindergartners at three Jewish schools in Los Angeles about their views on Israel.

Zakai’s research became the basis for the Mandel Center’s Children’s Learning About Israel project. She continued speaking with the kids each year through fifth grade.

BrandeisNOW talked to Zakai, who is an affiliated scholar at the Mandel Center and the Sara S. Lee Assistant Professor of Jewish Education at Hebrew Union College, about her findings.

Zakai: I had previously written about Israel education in high schools and began to realize there was no existing research that shed light on the learning of young children. Most of the discussion around how young people understand Israel defined young people as teenagers or college students. But there are much younger people who also have thoughts and feelings and beliefs that I wanted to explore.

There are people every day who are already doing the vitally important work of teaching these children about Israel, and yet understanding how those young people process the world is not entirely clear. It is an essential foundation for good teaching practice.

There is also an ethical dimension. There are over 1.8 million Jewish children living in America in American Jewish households and their voices are generally silent or spoken for by others in policy and political discussions and sociological research. I wanted to give a voice to the children.

BNOW: What have you discovered about how kindergartners view Israel?

Zakai: Five-year-olds are much more sophisticated than parents and teachers typically give them credit for. Even before they know how to read with fluency, they can understand pretty sophisticated things.

But they also understand that Israel is engaged in an ongoing violent conflict with its neighbors. They often talk about Israel as an especially safe place for Jews and also a dangerous place where there’s a violent conflict that’s killing Israelis and others at the hands of Israelis.

BNOW: As these kids get older, do they grow better able to handle moral nuance and complexity?

Zakai: Yes. By 10 or 11, we usually see kids starting to imagine what Palestinians, and not only Israeli Jews, think about current events. The children are also beginning to consider the ways that events in Israel interplay with issues in U.S. politics.

BNOW: But many Jewish school teachers are afraid to discuss these issues in class.

Zakai: Yes, but one of the things we’ve learned is that educators are willing to discuss important issues with children if you create the right environment. First, there needs to be a shared understanding in the community recognizing that American Jews are divided in their views on Israel. Second, teachers need to understand at what age the kids start asking important questions about Israel and what those questions are.

If you have both of these, teachers are less nervous about how parents and the children might respond.

BNOW: What have you found about the way that digital media are changing kids’ perceptions of Israel?

Zakai: We’ve known for a while that this is the generation of digital natives where they can see what’s happening in Israel in real time. And they can view it in a way that their parents aren’t entirely aware of.

When the 2014 Gaza war between Israel and Hamas broke out, many of the children would go to all sorts of what to me were very surprising digital sources for answers. Their parents didn’t even know they were thinking about these questions. One kid talked about looking over her parent’s shoulder at a Facebook account that was full of the mother’s friends talking about what was happening.

With digital media, there’s this paradox. On the one hand, kids feel really close to Israel because they can see it and hear about it, and on the other hand, that’s not Israel. That’s a small sliver of Israel and the kids don’t yet have the kind of meta-cognitive awareness to process that.

These kids often believe that using digital media means that they access Israel, and they don’t realize they’re accessing a small portion narrated by human beings who are telling a specific story. They often mistake the part for the whole.

What follows is a selection from Zakai’s upcoming book, provisionally title Gazing Towards Zion: American Jewish Children and the State of Israel. Zakai interviewed a child called “Samantha” between kindergarten and fifth grade:

Kindergarten: Samantha cannot remember a time before she learned about the Israeli-Palestinian/Arab conflict. Through her 6-year-old eyes, the conflict — which she calls “the war in Israel” — is something that she has known about since before her birth. Her “mom talked about it when I was in my mom’s tummy, so I learned.”

Second grade: Samantha begins to view the conflict not as a war throughout time between Israel and its enemies, but as a very specific conflict between Israel and its closest neighbor that is “trying to steal Israel.” … When she talks about this conflict, she is confident of only one thing: that “Israel’s trying to make peace. They don’t want war.”

End of fifth grade: Samantha is still frustrated … and she repeatedly talks about how worried she is about long-standing tensions. Yet Samantha still believes in the possibility of peace. She insists, “if you do end up putting [my views of the conflict] in a book, you should always have an optimistic spin, saying ‘[the conflict] might happen now … but we know the Jews will make peace.”