Anyone who came of age in the 1990s remembers the “Friends” episode where Phoebe and Rachel venture out to get tattoos. Spoiler alert: Rachel gets a tattoo and Phoebe ends up with a black ink dot because she couldn’t take the pain. This sitcom storyline is funny, but it also simply illustrates the question that I and many others in the field of “pain genetics” are trying to answer. What is it about Rachel that makes her different from Phoebe? And, more importantly, can we harness this difference to help the “Phoebes” of the world suffer less by making them more like the “Rachels”?

Pain is the single most common symptom reported when seeking medical attention. Under normal circumstances, pain signals injury, and the natural response is to protect ourselves until we have recovered and the pain subsides. Unfortunately, people differ not only in their ability to detect, tolerate and respond to pain but also in how they report it and how they respond to various treatments. This makes it difficult to know how to effectively treat each patient. So, why isn’t pain the same in everyone?

Individual differences in health outcomes often result from complex interactions of psychosocial, environmental and genetic factors. While pain may not register as a traditional disease like heart disease or diabetes, the same constellation of factors are at play. The painful experiences throughout our lifetime occur against a background of genes that make us more or less sensitive to pain. But our mental and physical state, previous experiences – painful, traumatic – and the environment can modulate our responses.

If we can better understand what makes individuals more or less sensitive to pain in all kinds of situations, then we are that much closer to reducing human suffering by developing targeted personalized pain treatments with lower risks of misuse, tolerance and abuse than the current treatments. Ultimately, this would mean knowing who is going to have more pain or need more pain-killing drugs, and then being able to effectively manage that pain so the patient is more comfortable and has a quicker recovery.

Not all pain genes are the same

With the sequencing of the human genome, we know a lot about the number and location of genes that make up our DNA code. Millions of small variations within those genes have also been identified, some that have known effects and some that don’t.

These variations can come in a number of forms, but the most common variation is the single nucleotide polymorphism – SNP, pronounced “snip” – representing a single difference in the individual units that make up DNA.

There are approximately 10 million known SNPs in the human genome; an individual’s combination of SNPs makes up his or her personal DNA code and differentiates it from that of others. When a SNP is common, it is referred to as a variant; when a SNP is rare, found in less than 1 percent of the population, then it is called a mutation. Rapidly expanding evidence implicates dozens of genes and variants in determining our pain sensitivity, how well analgesics – like opioids – reduce our pain and even our risk for developing chronic pain.

A history of pain tolerance

The first studies of “pain genetics” were of families with an extremely rare condition characterized by the absence of pain. The first report of congenital insensitivity to pain described “pure analgesia” in a performer working in a traveling show as “The Human Pincushion.” In the 1960sthere were reports of genetically related families with children who were pain-tolerant. 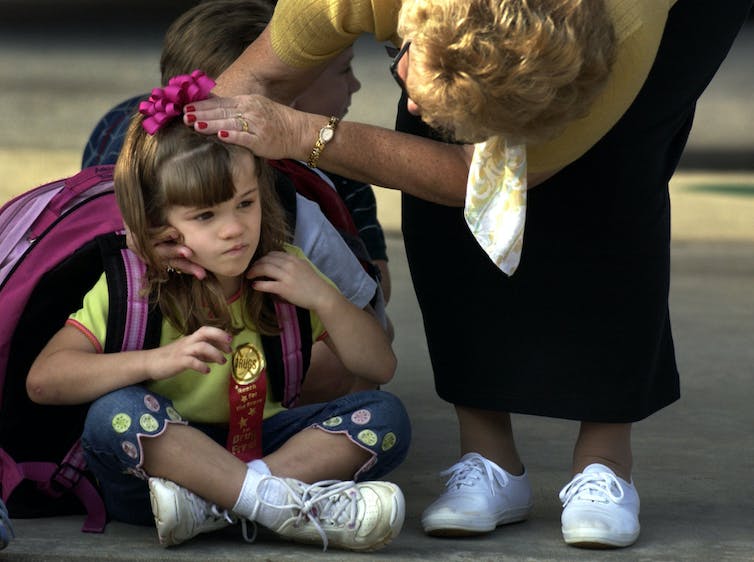 Teacher’s aide Sue Price, right, examines Ashlyn Blocker’s head for scrapes, after she bumped it after school. Ashlyn never complains because the 5-year-old is among a small number of people in the world known to have congenital insensitivity to pain – a rare genetic disorder that makes her unable to feel pain. AP Photo/Stephen Morton

At that time the technology did not exist to determine the cause of this disorder, but from these rare families we know that CIP – now known by wonkier names like Channelopathy-associated insensitivity to pain and Hereditary Sensory and Autonomic Neuropathy – is the result of specific mutations or deletions within single genes required for transmitting pain signals.

The most common culprit is one of a small number of SNPs within SCN9A, a gene that encodes a protein channel necessary for sending pain signals. This condition is rare; only a handful of cases have been documented in the United States. While it might seem like a blessing to live without pain, these families must be always on alert for severe injuries or fatal illnesses. Typically children fall down and cry, but, in this case, there’s no pain to differentiate between a scraped knee and a broken knee cap. Pain insensitivity means that there is no chest pain signaling a heart attack and no lower right abdominal pain hinting at appendicitis, so these can kill before anyone knows that there is something wrong.

These types of heritable pain conditions are extremely rare and, arguably, these studies of profound genetic variations reveal little about more subtle variations that may contribute to individual differences in the normal population.

However, with the growing public acceptance of genome-based medicine and calls for more precise personalized health care strategies, researchers are translating these findings into personalized pain treatment protocols that match a patient’s genes. 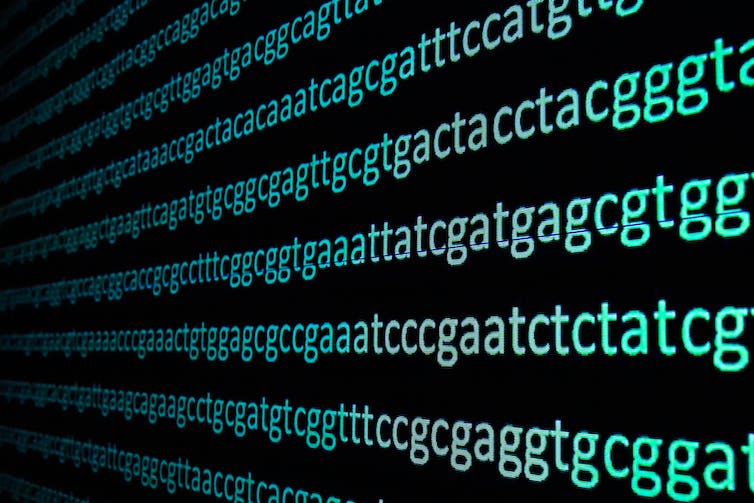 Many of the answers to why pain sensitivity differs from person to person lies in our genes. Sergei Drozd / Shutterstock.com

Do genetic variations affect pain in everyone?

We know some of the major genes that influence pain perception and new genes are being identified all the time.

The SCN9A gene is a major player in controlling the body’s response to pain by activating or silencing the sodium channel. But whether it amplifies or dampens pain depends on the mutation an individual carries.

Estimates suggest that up to 60 percent of the variability in pain is the result of inherited – that is, genetic – factors. Stated simply, this means that pain sensitivity runs in families through normal genetic inheritance, much like height, hair color or skin tone.

Turns out that SCN9A also plays a role in pain in the normal population. A relatively more common SNP within SCN9A, called 3312G>T which occurs in 5 percent of the population, has been shown to determine sensitivity to post-operative pain and how much opioid medication is needed to control it. Another SNP in SCN9A gene causes greater sensitivity for those with pain caused by osteoarthritis, lumbar disc removal surgery, amputee phantom limbs and pancreatitis. 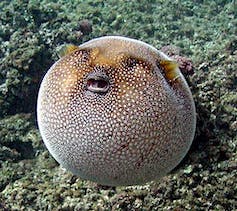 Pufferlike, like Arothron meleagris can produce a toxin that works by blocking the transmission of pain signals. NPS photo – Bill Eichenlaub

Therapeutically, we have been using local anesthetics, including lidocaine, to treat pain by inducing a short term block of the channel to stop pain transmission. These drugs have been continuously used to safely and effectively block pain for more than a century.

Interestingly, researchers are evaluating tetrodotoxin, a potent neurotoxin produced by sea creatures like pufferfish and octopuses, which works by blocking pain signal transmission, as a potential pain killer. They have shown early efficacy in treating cancer pain and migraine. These drugs and toxins induce the same state that is present in those with congenital insensitivity to pain.

If there’s one silver lining to the opioid crisis, it is the realization that we need more precise tools to treat pain – ones that treat pain at the source and come with fewer side effects and risk. By understanding the genetic contribution to pain sensitivity, susceptibility to chronic pain and even analgesic response, we can then design treatments that address the “why” of pain and not just the “”where.” We’re beginning to design precision pain management strategies already, and the benefit to humankind will only increase as we know more about why pain differs among people.