Humorist Emily Levine silenced the audience at the TED conference last April when she confessed that she was rather looking forward to her own death. Diagnosed with stage-four lung cancer, Levine graciously argued that to embrace one’s expiration date is to be “in sync with the cyclical rhythms of the universe.”

“I look at death now from the point of view of a German biologist, Andreas Weber, who looks at it as part of the gift economy.” explained Levine. “You’re given this enormous gift—life—you enrich it as best you can, and then you give it back…I’ve consumed life, but in death, I’m going to be consumed. I’m going into the ground just the way I am, and there, I invite every microbe and detritus-er and decomposer to have their fill. I think they’ll find me delicious.”

Levine’s candid talk was especially unsettling to Americans who aren’t used to talking about mortality so openly.

Levine’s purposeful exploration of dying is exactly what a new week-long festival in New York City seeks to foster. Timed for Halloween week, Reimagine End of Life offers participants the a chance to explore the “big questions about life and death.”

“Festival” is an apt description for the city-wide event. In lieu of solemn sermons or the usual support group circles, Reimagine presents the topic of death through creative channels held at unexpected venues. Think walking tours, participatory workshops, tattoo parlor talks, fashion shows, standup comedy, and rock concerts—all organized by volunteers and mostly open to the public free of charge. Over 300 death-themed events are on the program this year, which can be taken as a signal that there’s a real clamor for these types of conversations in the US.

Among the volunteer organizers is Grace Livingston, who is convening a meet-up for people facing illness at a WeWork in Midtown Manhattan. Livingston, who lost her mother recently and is battling with cancer herself, says that having the group gather in a convivial environment makes all the difference. “It’s a nice space to meet in and it doesn’t feel clinical,” she says.

Reimagine founder Brad Wolfe says that scheduling the festival during New York City’s rowdy Halloween week is intentional. A respite from candy, costumes, and consumerism, Reimagine End of Life reclaims Halloween as a time for people to foster healthier attitudes about death.

He believes that Americans are uncomfortable with speaking about death in part because they’re expected to leave their parents’ home as young adults. Fleeing the nest at 18 years old robs Americans from witnessing the cycle of life up close, and leads them to treat aging and dying as taboo. “We’ve ‘hospitalized’ death—it’s so out of sight, out of mind,” Wolfe says. “We don’t really have the same concept of death as other cultures do.” 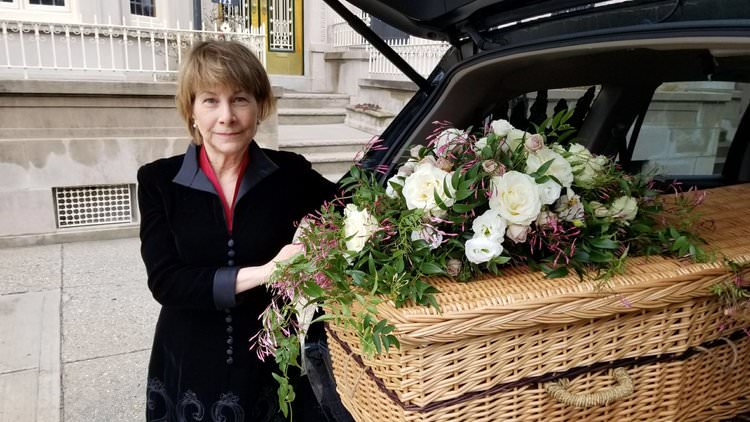 The avoidance of death has even spurred an entire industry in the US, explains Brandeis University anthropologist Anita Hannig. “In the United States, the end of life has become so medicalized that death is often viewed as a failure, rather than as an expected stage of life,” writes Hannig in a 2017 essay. “That death has become something many Americans avoid and abhor—an enemy to be defeated—is evident elsewhere, too. Just look at the plethora of contemporary fantasies of immortality, which range from anti-aging creams to efforts to download a person’s brain so he or she can continue to live virtually, to cryonics, the practice of freezing and storing bodies or body parts in the hope that future scientists will thaw them and bring them back to life.”

Wolfe, who is a musician, conceived of Reimagine’s format after playing bedside concerts for a close friend who was dying. “You could really see the true power of art and its ability to create a respite,” he says. 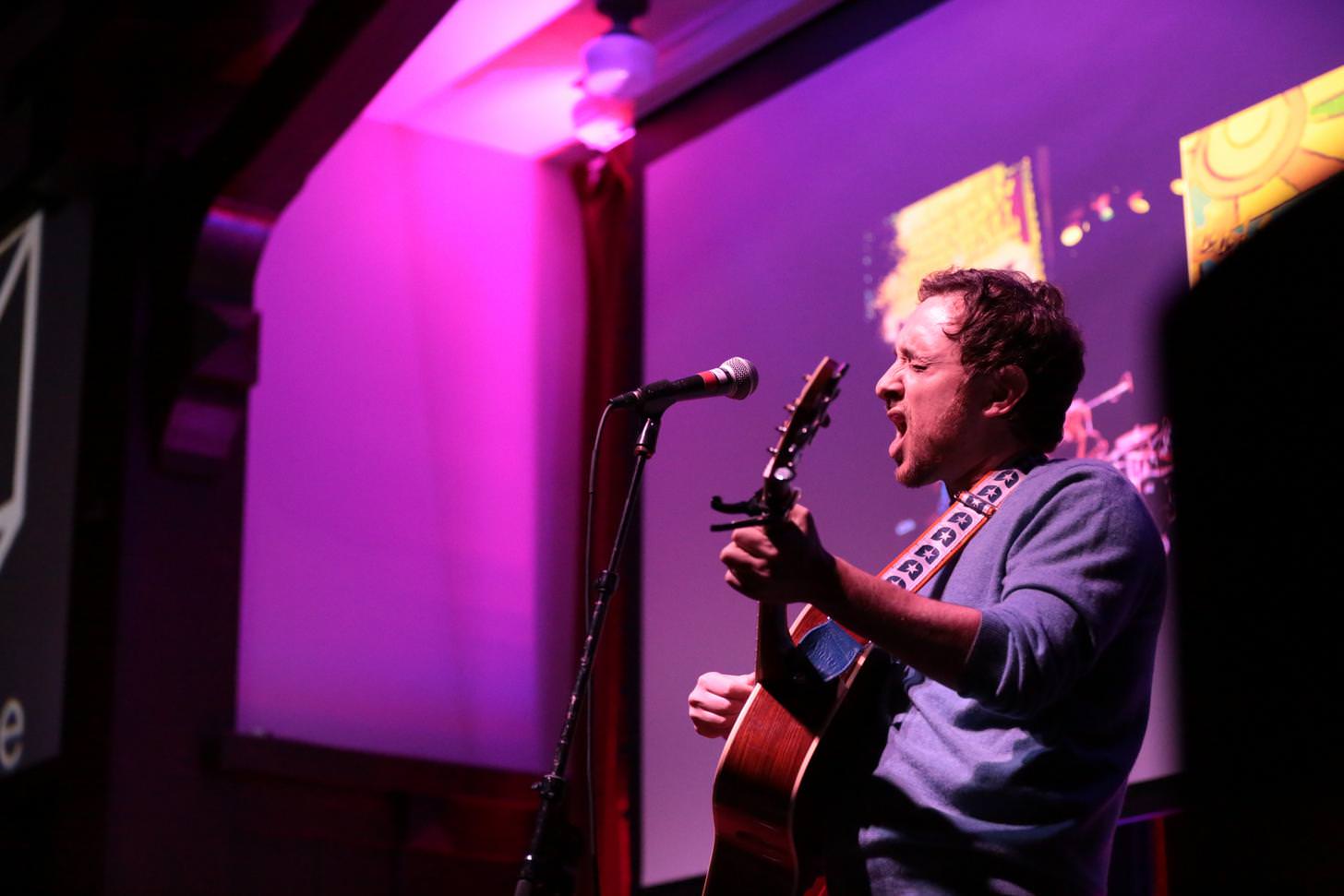 “Reimagine End of Life” founder Brad Wolfe belts it out.

Buoyed by the interest in Reimagine’s event in New York City and its success in San Francisco, where about 10,000 people flocked to death-themed programming, Wolfe hopes the spirt of his alternative Halloween will spread. “Our goal is to spark a social movement around this across the country,” he says.

Talking about death isn’t just for the terminally ill. Meditating on what may sound like a macabre topic can actually make one live more purposefully now, Wolfe says: “It sounds esoteric, but when you visit a graveyard or go to these events, you start reflecting on what it means to be alive.”