Yale’s Veterans Day events to mark centennial of the end of World War I - EduBlog.News 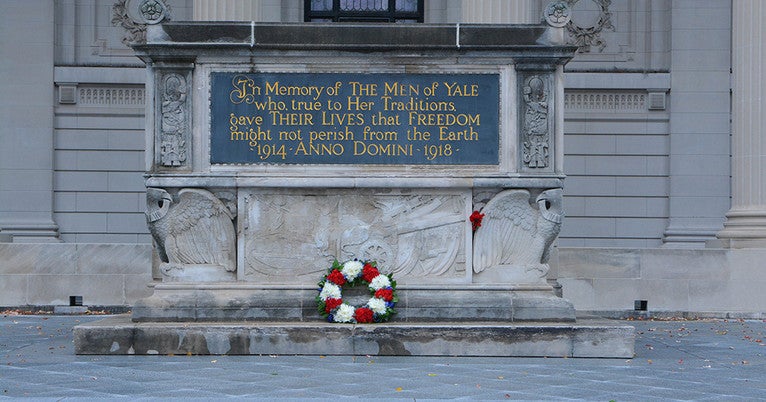 One hundred years ago, on November 11 — “the eleventh hour of the eleventh day of the eleventh month” — the Allies and Germany signed an armistice, ending their four-year war, a devasting conflict that had claimed 16 million lives   and left more than 20 million wounded.

Yale students, alumni, and faculty were involved in the war from the beginning — forming the first naval aviation unit and mobile hospital, developing innovative surgery techniques to treat the wounded, pursuing war-related research, and fighting on its battlefields.

Yale will commemorate the centennial of Armistice Day with a week of music, ceremony, conversation, and an exhibition Nov. 11-17. All of the events are free and open to the public. See the World War I Armistice Centennial website for a complete schedule.

The university’s annual Veterans Day Celebration will take place on Monday, Nov. 12, 12:30-1:30 p.m. in Battell Chapel, 400 College St. The program will feature remarks by President Peter Salovey and Hillary Browning ’19, a veteran and Eli Whitney student. During the ceremony, Tom Opladen, co-founder and former president of the Yale Veterans Association, will be presented with an award for his service to Yale veterans. The Yale Band Brass ensemble will perform the national anthem, taps, and all service anthems.

During the following week, scholars from Yale and beyond will present talks exploring four aspects of World War I:

“The Literary Legacy of World War I: Screening of ‘Paths of Glory,’” featuring a post-screening conversation about how the novels and memoirs of WWI shaped the rest of war literature in the 20th century; speakers will be Jennifer Orth-Veillon, curator of the WWI Centennial Commission’s “The WWRite Blog: Exploring WWI’s Influence on Contemporary Writing and Scholarship”; Brianne Bilsky, assistant professor at the U.S. Military Academy, and Berkeley College residential dean; and Peter Molin, a former U.S. infantry officer who now teaches at Rutgers University. 2 p.m. Whitney Humanities Center.

The Yale Center for British Art is hosting the exhibition “An Indelible Mark: British Art of the First World War” through Sunday, Nov. 25. Featuring objects drawn from the center’s Prints & Drawings and Rare Books & Manuscripts collections, “An Indelible Mark” incorporates images made both at home and on the war front, showcasing a wide range of visual media produced by official war artists and amateurs alike. Learn more about the YCBA exhibition.