From asexuality to heteroflexibility: 21st century ushers in new openness about intimate relationships 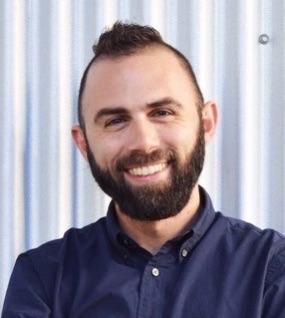 “We have to begin with documenting the diversity of what’s happening out there,” said Psychology Professor Phil Hammack, lead author of an article that calls for greater recognition of intimate relationships that challenge norms. “We don’t have good data. This article reviews what we have, and it’s not that much.” (Photo by Melissa De Witte)

The 21st century has ushered in a “quiet revolution” in the diversity of intimate relationships, and a leading scholar says the scale and pace of this social transformation warrants a “reboot” of relationship studies.

Social media and the internet have empowered individuals with diverse identities and relationship practices to find each other, raising awareness of connections that challenge traditional ideas about the meaning of intimacy, according to Phillip Hammack, professor of psychology at the University of California, Santa Cruz.

People are thriving in intimate relationships far from the cultural norms of monogamy and heterosexuality, including asexual, polyamorous, transgender and gender nonbinary, pansexual, and kink/fetish relationships, said Hammack.

“I’ve been calling it a quiet revolution, because it’s very different than the sexual revolutions of the 1960s and ’70s, which were so visible,” said Hammack, who studies sexual and gender-identity diversity.

Hammack is the lead author of “Queer Intimacies: A New Paradigm for the Study of Relationship Diversity,” an article that appears in the current online edition of The Journal of Sex Research. By “queer intimacies,” Hammack means any and all intimate relationships that challenge norms. “It’s a use of ‘queer’ that actually originated at UC Santa Cruz with the phrase ‘queer theory’ in 1990,” noted Hammack.

Marriage equality as a catalyst for change

Hammack says marriage equality, or the legalization in 2015 of same-sex marriage, is the backdrop for the explosion of relationship diversity that has occurred since the early 2000s.

“Marriage equality opens up the lens to think about diversity beyond just the gender of the people in a relationship,” said Hammack, noting that asexuality, polyamory, and kink/fetish all challenge dominant notions of intimacy.

“It’s a myth that asexual people aren’t in relationships just because they experience little or no sexual desire,” said Hammack. “The assumption is that they are suffering, lonely, and without partners, but that’s not true. They do have intimate relationships, but we don’t know much about them.”

People who identify as asexual “violate the fundamental assumption that intimate relationships are inherently characterized by sex,” said Hammack.

They started to organize in the early 2000s—”thanks to the internet,” he said. Asexuality was removed from the latest edition of the Diagnostic and Statistical Manual of Mental Disorders (DSM-5), published by the American Psychiatric Association in 2013.

In a similar challenge to cultural norms, those who choose polyamorous relationships violate conventions of monogamy by allowing partners to love more than one person. Although gay men have a long tradition of open relationships, and “swinging” was favored by some straight couples in the 1970s, polyamory now appears in the Oxford English Dictionary, following what Hammack called a “simmering movement that challenged heteronormative conventions about what an ideal relationship is supposed to look like.”

The success of the 2011 novel Fifty Shades of Grey propelled mainstream discussion of kink/fetish relationships, which highlight consensual asymmetrical power dynamics in intimate relationships. “The novel was problematic, because it didn’t accurately represent the consensual way relationships are configured in the kink community,” said Hammack, adding, “Kink relationships have been stigmatized because the expectation is that relationships are supposed to be ‘equal’.”

Researchers know little about what happens within kink/fetish relationships. “To what extent is the power asymmetry just during sex? We don’t know,” said Hammack. “Most of this science doesn’t talk about the relationships. It just talks about specific kinky practices.”

“That’s one of the frustrations. There’s almost no recognition of relationships—it’s all about sexual gratification, which is only part of the picture,” said Hammack.

Next steps: “We don’t have good data”

During the lengthy campaign for marriage equality, “all the preconceptions about intimacy were being challenged—some quietly, some less quietly,” said Hammack. The Supreme Court’s landmark decision empowered and emboldened those who choose other forms of intimate relationships, energizing some to push for recognition of their relationship choices, too.

As a result, new questions need to be explored, including the emergence of “queer heterosexuality” and changes in ideas about “chosen families.”

“One of the most interesting things we’re seeing is that heterosexuality is opening up like never before,” said Hammack. “More people who identify as straight will have some same-sex experience—they even refer to ‘heteroflexibility.’ They are not opposed to same-sex encounters.”

This trend is long-established among women, but it’s new among men—and it’s distinct from bisexuality because these men don’t feel equally attracted to men and women. “It’s fascinating to see masculinity opening up this way,” he said.

Hammack said “very, very little” is known about the phenomenon of chosen families—as distinct from biological families. It’s a phenomenon that has been historically associated with gays and lesbians who “create their own families” after being rejected by biological relatives, but its prevalence remains a mystery.

Hammack, who is launching a new research initiative focused on diversity in intimate relationships, calls on his colleagues in relationship and sexuality studies to broaden the scope of their own research.

“We have to begin with documenting the diversity of what’s happening out there,” said Hammack. “We don’t have good data. This article reviews what we have, and it’s not that much.”