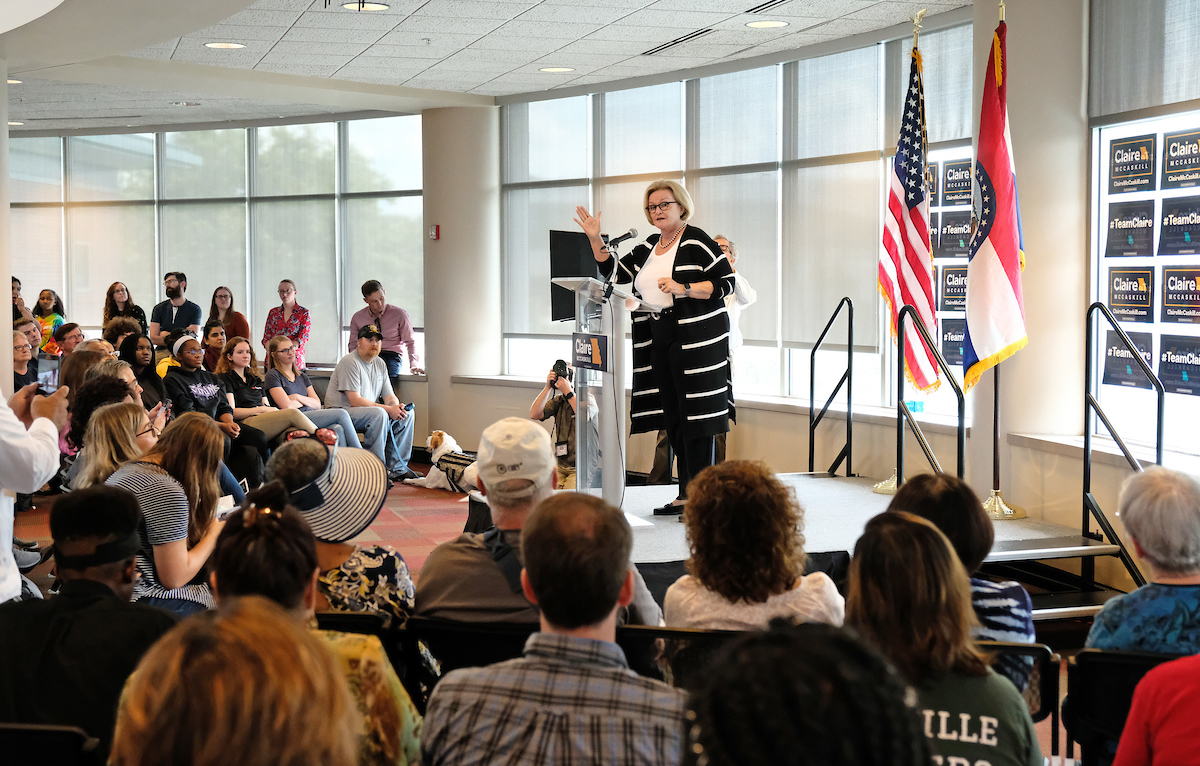 This election season brought a visit from Senator Claire McCaskill on Sept. 11 at the Millennium Student Center while campaigning against State Attorney General Josh Hawley in one of the most tightly contested races in the country. UMSL faculty members have lent their expertise to media trying to analyze that and many other races over the past month. (Photo by August Jennewein)

POLITICO Magazine turned to Dave Robertson when attempting to provide its national audience insight into one of the country’s most tightly contested United States Senate races in the run-up to Tuesday, when Americans will vote in one of the most anticipated midterm elections in history.

The chair of the Department of Political Science at the University of Missouri–St. Louis shows up right in the first sentence of Chad Garrison’s Oct. 24 story, which ran under the headline, “How to win Missouri.”

“The thing to know about Missouri is ‘it makes no sense,’” Garrison writes. “That’s the caveat Dave Robertson, a keen observer of the state and a leading authority on its elections, offers when discussing Missouri politics.”

“You’ve got all these different groups and geographies,” Robertson tells him. “Southwest Missouri is hardcore Republicans. Kansas City is the nation’s easternmost cow town. St. Louis is its westernmost Rust Belt city. There’s the Delta region in the southeast, wealthy agriculture in the center, and the northern part of the state acts a lot like its neighbor Iowa.” 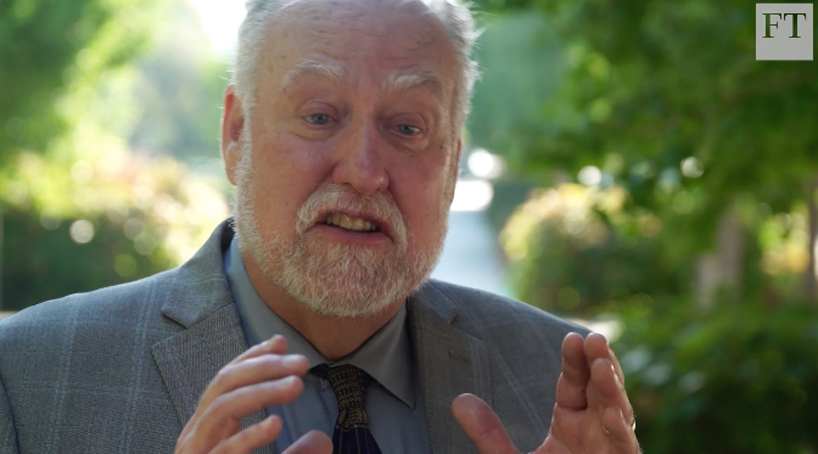 Dave Robertson, chair of the Department of Political Science, spoke to Financial Times about the impact African American turnout could have on the outcome of this year’s midterm elections.

Robertson has been in demand over the past month-plus as reporters locally and nationally try to make sense of what will be motivating those disparate parts when they cast their ballots.

In addition to Garrison, the Curators’ Teaching Professor has spoken with The Washington Times about the influence of outside money on the Senate race and the Financial Times about the potential impact of African American voter turnout on its outcome. He spoke to Mother Jones about whether Sen. Claire McCaskill’s actions in fighting the opioid epidemic will affect her ability to hold onto her seat.

Closer to home, Robertson also has talked to the St. Louis Post-Dispatch about what might be motivating suburban St. Louis voters, the investment national Senate leadership is making in Missouri’s race and why Missouri remains a harbinger for what happens nationally, and been quoted by The Associated Press on the race for Missouri state auditor and KSDK (Channel 5) on record absentee voter turnout in St. Louis County.

He is not the only member of the UMSL faculty to lend expertise to pre-election news coverage.

Terry Jones, professor emeritus of political science, spoke to The New York Times about the Democratic losses in statewide offices since 2008, St. Louis Public Radio | 90.7 KWMU about the record number of female candidates running in Missouri elections this year and the Post-Dispatch about the race for county executive in St. Louis County. 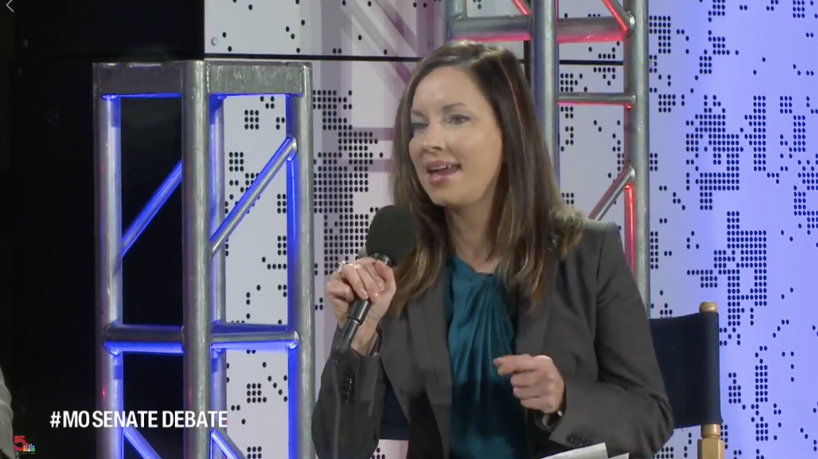 Professor of Political Science David Kimball spoke to Governing about the conflict of interest involved when an official is both administering an election and on the ballot, as has been the case in Georgia, where Secretary of State Brian Kemp is also running for governor. Kimball also commented to Birmingham, Alabama, radio station KBHM on a similar situation where Alabama Secretary of State John Merrill is seeking re-election while also serving as the state’s chief election official.

Members of the political science department will continue to be sought-after sources through the conclusion of Tuesday’s elections and beyond. Robertson is scheduled to appear on C-SPAN to talk about the Missouri Senate race at 7 a.m. Tuesday and will provide spot analysis on KSDK between 4 p.m. and 6:30 p.m. on Tuesday and 6 a.m. and 7 a.m. Wednesday. He is also slated to contribute to St. Louis Public Radio’s election night coverage between 7 p.m. and 11 p.m.