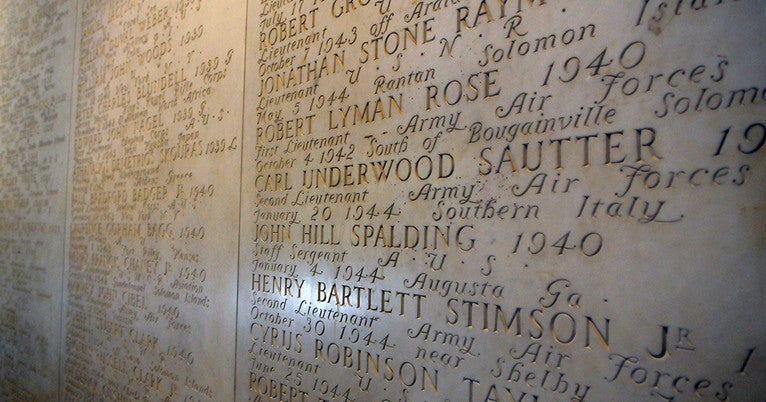 On a warm August evening in the city of Liege in 1914, German forces opened fire on a Belgian fortification — the opening salvo of what is now known as the First World War.

The world had never seen death and destruction on such a scale. More than 16 million troops and civilians died; 20 million more were wounded.

In 1917, America entered the conflict, an event that many experts say marked a turning point in the war and signaled the entry of the United States onto the world stage.

For the centennial of the United States’ entry into the war in 2014, the university hosted talks, exhibits, and other events exploring how Yale faculty, staff, alumni, and students have helped shape American foreign and military policy in the last century. In honor of the 100th anniversary of the war’s end on Nov. 11 — Armistice Day around the globe and Veterans Day in the U.S. — YaleNews is revisiting these stories and others here.