Hear the "Inside Story of the Apes" on Tuesday, Nov. 13 - EduBlog.News

Hear the “Inside Story of the Apes” on Tuesday, Nov. 13 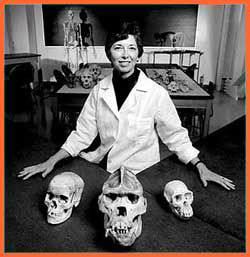 Adrienne Zihlman had a hunch 30 years ago that the study of human evolution would benefit from the analysis of more than skeletons. That hunch set her on a career path that established her as an internationally recognized authority on human origins.

On Tuesday, November 13, the public is invited to hear Zihlman, distinguished professor emerita of anthropology at UC Santa Cruz, tell the tale of her research in a talk titled “The Inside Story of the Apes.” The event begins at 7 p.m. in the UCSC Music Center Recital Hall. Admission is free; doors open at 6:30 p.m. Complimentary parking is available in the Performing Arts Parking Lot.

Zihlman is an expert on the role of women in evolution, and her study of the anatomy of whole bodies—of chimpanzees, gorillas, orangutans, and gibbons—represents a major contribution to our understanding of human locomotion and chimpanzee models for the ape-human ancestor.

Zihlman’s work combines evidence from ape genomes, geology, and the fossil record, as well as wild ape behavior and ecology. Her laboratory research on anatomy propelled her paradigm-shifting hypotheses about the time and place of human origins.

In the lab, Zihlman applied quantitative methods to study the bodies of apes that died of natural causes, recording all skin, muscles, bones, vessels, nerves, and connective tissue as she and her team of undergraduate students and researchers dissected each animal. The work was conducted in partnership with zoo and museum personnel, veterinarians, and, as Zihlman would say, “the apes themselves.” By comparing individual animals of different species, ages, sexes, and body weights, Zihlman generated data never before available and made a lasting contribution to the study of primate anatomy and human evolution.

Zihlman authored The Human Evolution Coloring Book and coedited The Evolving Female: A Life History Perspective, which was based on a conference she organized at UC Santa Cruz. She is also the coauthor of the forthcoming book “Ape Anatomy and Evolution.”