U-M startup is sniffing out dangerous levels of toxic chemicals in the air - EduBlog.News 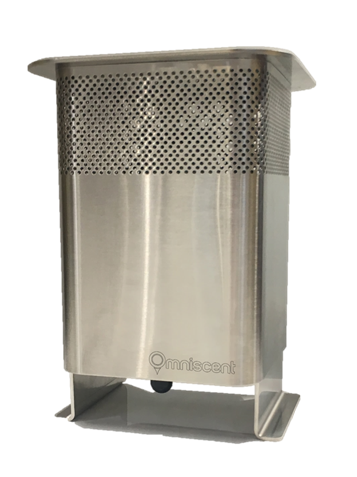 ANN ARBOR—Omniscent, a startup founded in 2016 by University of Michigan researchers and alumni, is helping its first customers in Michigan and California monitor airborne toxic compounds in industrial settings.

Its system can identify and measure levels of these pollutants in real time, enabling better protection of workers and the environment around factories.

Harmful chemicals such as benzene and toluene are carcinogenic, or cancer-causing, volatile organic compounds (VOCs). Benzene is present in gasoline and vehicle exhaust, and is used in the production of plastics, resins, rubber and other materials. Toluene, found in cigarette smoke, paint and household cleaners, is also known to cause central nervous system dysfunction.

The presence of benzene in gasoline led to its strict regulation by the Environmental Protection Agency in 2007, and now the EPA is requiring the monitoring of benzene at the perimeter of refineries as well. However, companies haven’t had an affordable and effective way to monitor VOCs in real time—until now.

“The conventional solution is to sample air for weeks at a time and manually send the samples to a lab for testing,” said Yogesh Gianchandani, CTO and co-founder of Omniscent and professor of electrical and computer engineering at U-M.

“This approach is very expensive, and other conventional approaches that offer real-time analysis are even more expensive, so companies can’t test as frequently or in a way that’s widespread. The Omniscent system is the first modestly priced system that performs the analysis on location and feeds the data immediately to the cloud. That’s truly transformative.”

Rather than selling the systems directly to customers, Omniscent offers a subscription service.

“Omniscent is a data company founded on the basis of unique hardware,” Gianchandani said. “Our customers don’t need ownership of the hardware—what they need is the data, or even more importantly, actionable information.”

The system consists of a miniaturized gas chromatograph which sniffs the air and can determine its components. Omniscent representatives work with customers to strategically place the systems. Then the systems sample, sense and process data continuously, allowing the customer to view pollutant levels on demand.

The technology reduces benchtop-sized hardware that normally requires operation by scientists in an air-conditioned laboratory to an autonomous system that is usable outdoors and is about the size of a small birdhouse. The current version can identify and measure about 20 VOCs, although it can be tailored to a customer’s needs.

The systems are connected to the internet with Wi-Fi or cellular technology and controlled by software that is available on almost any smartphone, computer or tablet. They can be grouped in zones, and networked and controlled from anywhere in the world. And for the first time, users are able to see how the concentration of VOCs changes by zone over the course of minutes or hours.

“Our autonomous system not only saves a company time and money, it offers continuous monitoring of air quality to ensure the safety of workers and the general public,” said CEO and co-founder Sassan Teymouri, who is a U-M alumnus.

Early adopters in Michigan and California are currently testing the product.

“To see our technology up and running is very exciting for us,” Gianchandani said.

Research in the VOC-sensing technology behind Omniscient was initiated nearly 20 years ago as part of the NSF Engineering Research Center that is presently the Center for Wireless Integrated MicroSensing & Systems. Yutao Qin, co-founder and chief sensor architect at Omniscent and currently assistant research scientist in electrical and computer engineering, led the development of this miniaturized gas chromatograph. The first three versions were developed during the course of his doctoral studies with Gianchandani.

“Omniscent is well-positioned for a great future,” said Jan Willem Poelmann, technical adviser to Omniscent and former senior vice president of sales and marketing for Picarro Inc., which also provides systems that measure pollutants. “Users in industries like chemical, pharmaceutical, oil and gas, and air quality have been waiting for a robust, simple and reliable solution.”

While the first users are industrial, Gianchandani anticipates that others could benefit from a real-time VOC sensor.

“I’m sure that new applications will emerge,” he said. “There are citizen groups, city administrators and health care professionals, for example, who will want to use this.”

Omniscent is based in Saratoga, Calif.