Accounting alumnus advances his career while giving back to his hometown - EduBlog.News

Accounting alumnus advances his career while giving back to his hometown 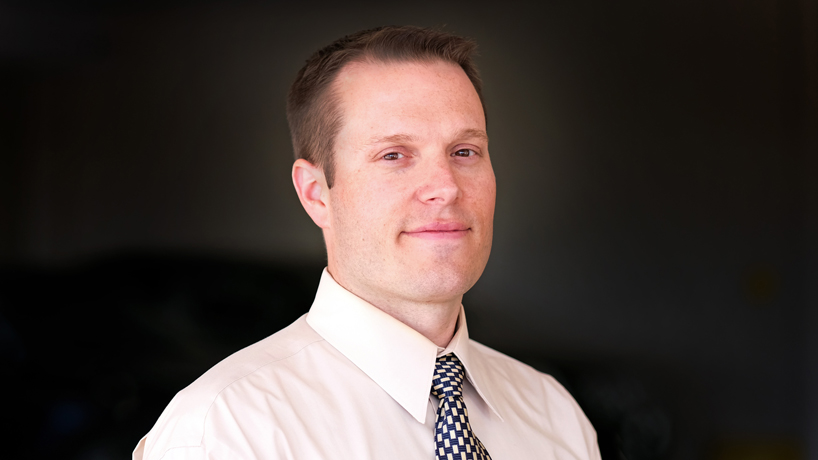 Nik Brym, the accounting manager for Whelan Security, was in the middle of discussing the course of his career on a recent afternoon when he detoured for a quick explanation.

“My path has been fantastic, but if you look at it, you might be like, ‘Wow, this guy is a pretty big job-hopper,’” Brym said. “Every move I made was calculated, though, to get to where I needed to be financially and really skillset-wise, too.”

Since graduating from the University of Missouri–St. Louis in 2014, Brym has accepted two positions before landing his current role leading accounting operations at Whelan. Before that, his resume includes a variety of positions from mental health counseling to steel manufacturing and furniture sales.

But these steps along with a business degree have allowed Brym, 36, to find a more settled state.

“I probably made more moves than most have because I was sitting there as a first-year public staff accountant with a guy who was 21 years old, and I was in my early 30s,” Brym said. “Between the two, I had a lot more time management and people skills that I could use. But as far as tax knowledge, we were on the same level. I wasn’t necessarily any more valuable to the firm than the kid that was sitting next to me. But I had some employers who gave me a shot.”

Today, he’s the one granting recent graduates opportunities at Whelan, a family-owned business that provides private security to organizations across several industries. In his role, he manages a department within the 10,000-employee company and enjoys resolving operational inefficiencies while mentoring his team.

“I feel like as an accountant you kind of get to see all the bones of a business, the nitty-gritty stuff that nobody thinks about,” he said. “I am a naturally curious person, so I get to kind of scratch that itch doing what I do.”

While he excels in the field now, accounting hasn’t been on his career plan for long. He arrived at the specialty by a process of elimination.

Brym and his wife, both native St. Louisans, began their careers in mental health in Georgia. He attended a specialized training program following high school for drug and alcohol abuse counseling. But after seven years in the field, he changed course with a quality control position at a manufacturing company.

By 2009, the Bryms decided to migrate back to St. Louis, where he found a job as a salesman and started researching local universities.

Brym knew he wanted to attend an accredited business program, which narrowed his options to just a few schools in St. Louis. From there, he debated economics and finance before finally landing on accounting for the job possibilities it could produce in his hometown.

Brym started toward that path at St. Louis Community College–Meramec, where he participated in the honors program and had a majority of his tuition paid for. With that financial assistance, he began researching ways to continue such help upon earning his associate degree and entering a bachelor’s program. His efforts pointed to UMSL and its Community College President’s Scholarship, which covers 15 credit hours each fall and spring semester.

“Earning that scholarship was huge for me,” Brym said. “During the course of this time, my family was progressing. I had two kids while I was at UMSL. I was still working full time – 50 or 60 hours a week – putting myself through school. In an already busy time, it was one less thing to keep me up at night.”

While at UMSL, he found a friendly set of faculty members within the Department of Accounting that prepared him not just for the CPA exam and day-to-day tasks but also landing a job offer prior to graduation.

“Educationally, I don’t know how my experience could have been any better,” Brym said. “What I liked about UMSL was that they didn’t only offer a great environment – they thought about you after you left UMSL. They considered how to prepare students so they could walk straight into a job when they left with their degrees.”

This proactive approach came through networking events and professional development workshops that attracted practitioners from across the region. Brym attended as many of those opportunities as he could and believes they helped further prepare him for his career course after UMSL.

These days, he offers his knowledge and varied experiences as a mentor to accounting students at his alma mater. He does this while balancing presidential roles on two local nonprofit volunteer boards.

“At Strange Cares, we always say, ‘From hair school to Harvard.’ Whatever you’re in to, we want to try to help you get there,” Brym said. “A lot of times, families don’t have the means to send kids to educational programs they’re interested in. We award scholarships to those kids so they can go do those things. It’s really rewarding.”