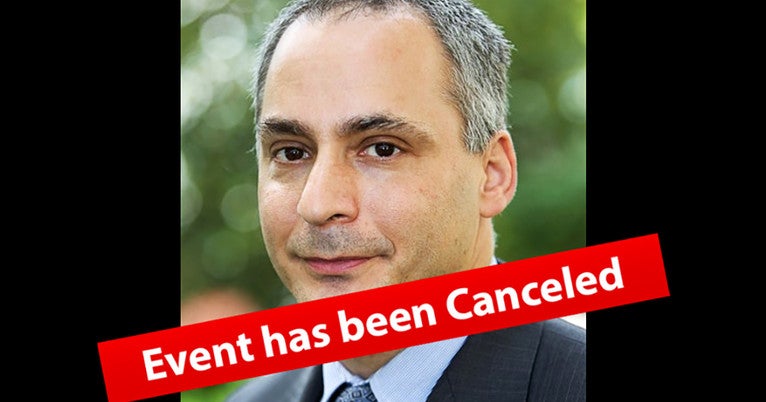 Update: Due to unforeseen circumstances, this event has been canceled.

Benjamin Wittes will discuss the role a new Congress would play in the Mueller investigation and President Trump’s entanglements on Thursday, Nov. 8 as a Poynter Fellow in Journalism.

The event will begin at noon in Rm. 129 of the Sterling Law Building, 127 Wall St. It is free and open to the public.

Wittes is a senior fellow in governance studies at the Brookings Institution, where he is the research director in public law, and co-director of the Harvard Law School-Brookings Project on Law and Security. He is also a journalist whose work has primarily focused on national security and American law.

Wittes is a co-founder of Lawfare Blog, a website focused on U.S. national security policy choices and their efficacy. A graduate of Oberlin College, Wittes has also written for the Washington Post, Legal Times, the Atlantic, Slate, and the New Republic. He has authored a series of books, most of which focus on law and foreign policy.

The Poynter Fellowship in Journalism was established by Nelson Poynter, who received his master’s degree in 1927 from Yale. The fellowship brings to campus distinguished reporters, editors and others who have made important contributions to the media. Among recent Poynter fellows are Elizabeth Kolbert, Dan Diamond, and Susan Glasser.