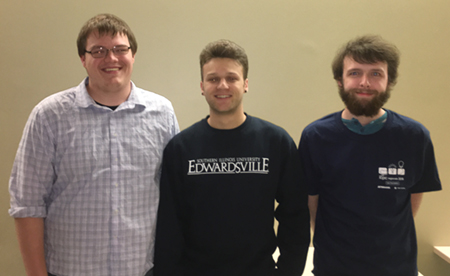 The students competed against teams from Webster University, Lindenwood, Missouri S&T and Mizzou. The local contest is part of the ICPC Mid-Central USA Regional covering Arkansas, Illinois, Kentucky, Missouri and Tennessee. It’s one of 11 regional contests that make up the North American super-region.

ICPC programming contests last five hours. Each team of three students must solve as many of the 11 programming problems as possible. Each team has a single computer, with no access to the internet and limited access to online reference materials. 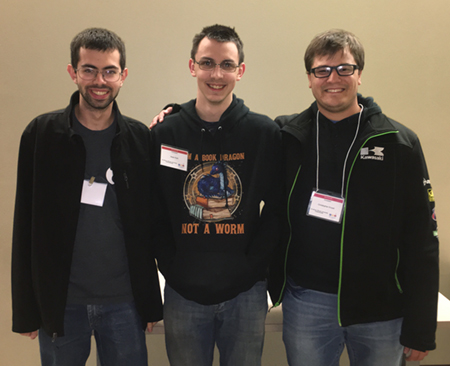 “The team of SIUE seniors performed very well, solving a total of five problems and completing their first program in just seven minutes,” said the team’s coach Dennis Bouvier, PhD, associate professor in the SIUE School of Engineering’s Department of Computer Science. “The team of juniors was new to the ICPC competition. Given their experience level and background, finishing third in the local competition is equally impressive.”

According to Bouvier, to perform well on a contest, teams must have not only coding skills, but also a solid grasp of algorithms, data structures and other foundational computer science topics.

“The junior team is looking forward to returning next year,” Bouvier emphasized. “I am confident SIUE will field two, or more, strong teams next year. Our School’s growth in undergraduate enrollment gives us a large talent pool from which to draw.”

The ICPC is the oldest and largest programming contest in the world. Each year, it attracts more than 10,000 global teams that compete in various fall regional contests to earn one of the coveted 120 spots at World Finals.

The Association for Computing Machinery is the world’s largest educational and scientific computing society which delivers resources that advance computer as a science and profession.