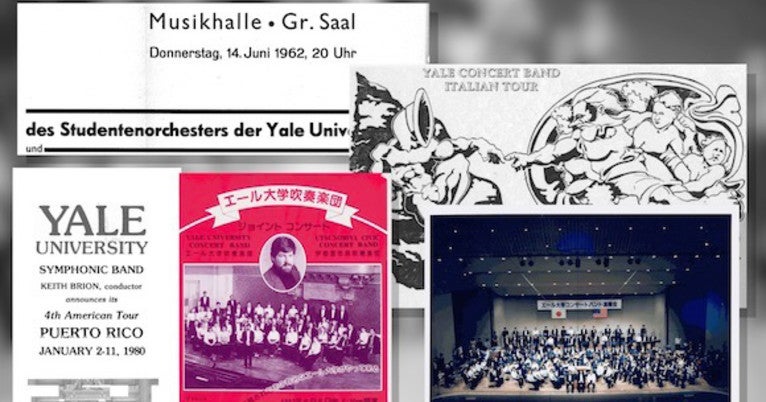 Yale Bands is marking its 100th anniversary this November. In this video the band’s music director, Tom Duffy, talks about its history and its impact on generations of Yale students and their audiences around the world.

The Yale Concert Band will celebrate the program’s centennial — as well as the 100th anniversary of Armistice Day — with a concert at 2 p.m. on Sunday, Nov. 11 (Veterans Day), in Woolsey Hall, 500 College St. Admission is free; all are invited.

On Monday, Nov. 12, the Yale Band Brass Ensemble will perform at Yale’s annual Veteran’s Day ceremony, which this year also commemorates the centennial of the signing of the Armistice that ended World War I. The ceremony will take place 12:30-1:30 p.m. in Battell Chapel, 400 College St. All are welcome.