Oil and gas development off California's coast—Is more in our future? - EduBlog.News

Oil and gas development off California's coast—Is more in our future? 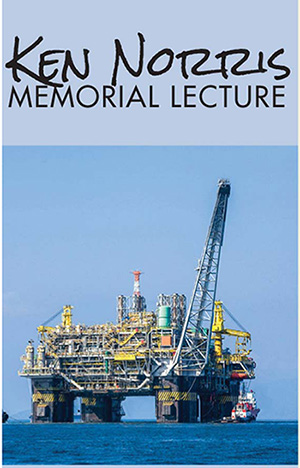 An expert panel will provide a perspective on oil and gas development off California’s coast during the annual Ken Norris Memorial Lecture at the Seymour Marine Discovery Center on Tuesday, November 13, from 7 to 8:30 p.m. Doors open at 6 p.m. for this free event.

Last January, the Interior Department announced its intention to allow drilling in nearly all U.S. waters, the largest expansion of offshore oil and gas leasing ever proposed by the federal government. This would include nearly every coastline in the nation, putting regions that were long off limits to oil and gas development back on the table. While it’s unlikely that drilling would ever be allowed in the Monterey Bay, production anywhere along California’s coast is risky. From additional tanker traffic to an actual spill in neighboring waters, potential hazards abound.

The 2018 Ken Norris Memorial Lecture will be moderated by Kate Roberts, president of the Monterey Bay Economic Partnership. The panelists will be:

The event is hosted by Pete Raimondi, director of the UC Santa Cruz Institute of Marine Sciences, and sponsored by Naomi Kirschenbaum.

The Kenneth Norris Memorial Lecture is named after acclaimed scientist, naturalist, teacher, and conservationist Kenneth S. Norris. Norris was a professor of natural history at UC Santa Cruz for 18 years. His legacy includes helping to found UC Santa Cruz’s Long Marine Laboratory and the campus’s Institute of Marine Sciences. He is nationally known for his pioneering research with dolphins and his efforts to establish the University of California’s Natural Reserve System. He was a key author of the federal Marine Mammal Protection Act of 1972.