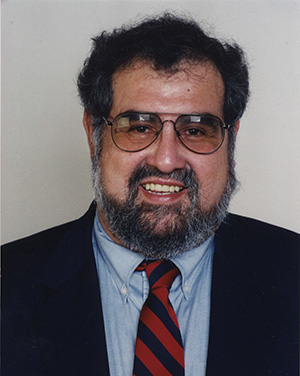 A leading endocrinologist, Talamantes joined the UCSC faculty in 1974 and served as vice provost and dean of graduate studies from 2000 to 2004. After retiring from UC Santa Cruz in 2004, Talamantes moved to his hometown of El Paso, where he joined the faculty of Texas Tech El Paso School of Medicine as a professor and assistant dean for research in 2005.

Talamantes received numerous awards and honors for his pioneering research on reproductive hormones and hormone receptors, and he was also recognized for his leadership on issues of minority education. A founding member of the Society for the Advancement of Chicanos and Native Americans in Science (SACNAS), he served as president of SACNAS from 1987 to 1990. The American Association for Higher Education honored him for “outstanding leadership and contributions to education in the Hispanic community,” and in 1998 he was named as one of the “100 Most Influential Hispanics” by Hispanic Business magazine.

In his research, Talamantes studied a family of hormones called placental lactogens and the growth hormone receptor, which play crucial roles during pregnancy. His lab elucidated the structures of these proteins and their genes, and investigated the factors controlling their expression during pregnancy. He also studied the effects of placental lactogens on target organs such as the mammary glands and investigated their role in breast cancer susceptibility.

Talamantes is survived by two daughters, Margaret and Laura Talamantes, and three grandchildren. A celebration of his life will be held in El Paso on Saturday, December 1. For additional information, see the obituary prepared his family.