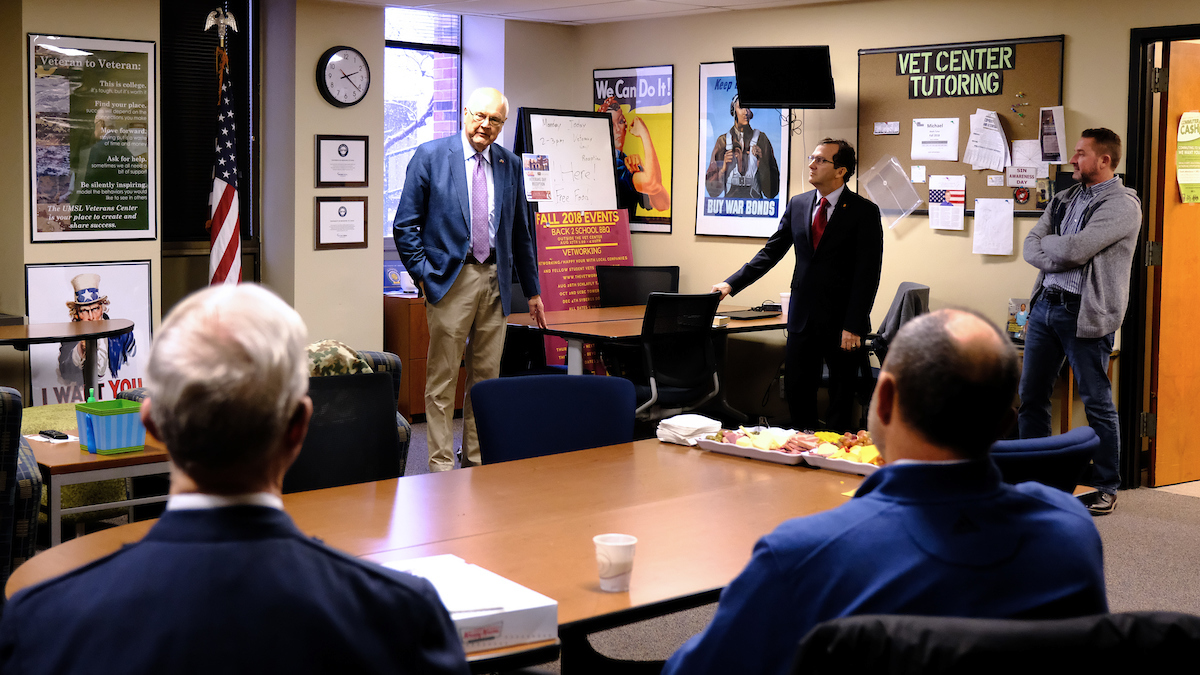 James Wright (left), the former president of Dartmouth College and the author of the 2012 book “Those Who Have Borne the Battle: A History of America’s Wars and Those Who Fought Them,” spoke to a small gathering of faculty, students, alumni and staff Monday afternoon as the University of Missouri–St. Louis commemorated Veterans Day with a reception in the Veterans Center in Clark Hall.

In researching the book, Wright, a historian and marine veteran, conducted more than 300 interviews with wounded veterans during visits to military hospitals, and he makes those “citizen soldiers” the focus of his text, telling the “the long, often troubled relationship between America and those who have defended her,” as the jacket of the book reads.

Wright was scheduled to deliver the Primm Lecture on “Experience and Memory: Enduring Vietnam” at 7 p.m. Monday in the Lee Auditorium at the Missouri History Museum.

These photographs were taken by UMSL photographer August Jennewein and are the latest to be featured in Eye on UMSL.