On Dec. 6, University Professor Anita Hill was featured in a New York Times profile, and the Greater Boston Chamber of Commerce announced it would honor her with a major award 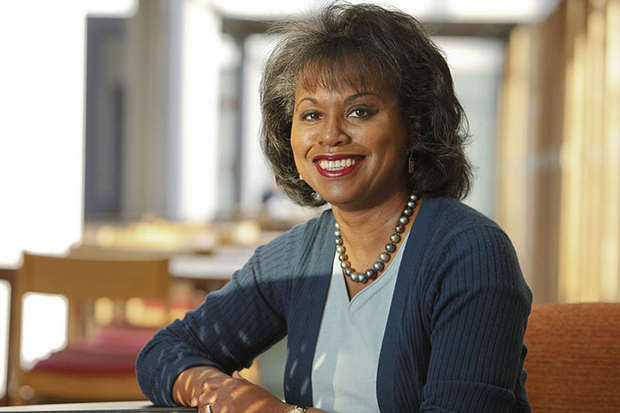 The New York Times interview with Senior Correspondent and Editor Susan Chira included Hill’s observations about what has and hasn’t changed since her testimony in the now-Supreme Court Justice Clarence Thomas hearings in 1991, and the hearings this fall in which Palo Alto University Professor Christine Blasey Ford testified about now-Justice Brett Kavanaugh. Hill, who is head of the Hollywood Commission on Eliminating Sexual Harassment and Advancing Equality, talked about what changes need to occur to truly end sexual harrassment in the workplace.

Hill also told Chira, “It’s not the glamorous, headline-making work, it’s the day-to-day examination, combing through and interrogating things that people have just assumed were the only way things could be done.”

The Greater Boston Chamber of Commerce also announced on Dec. 6 that Hill will receive the 25th Anniversary Award for Lifetime Achievement as part of the Chamber’s 2019 Pinnacle Awards on Feb. 1.