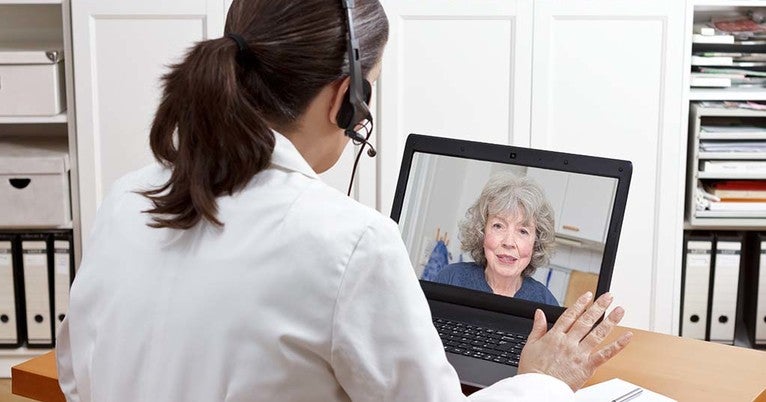 If a veteran in Maine, Vermont, or Massachusetts needs to have a common skin condition treated, they might have to travel to the VA in West Haven, Connecticut three times — once for a consultation, the second time for treatment, and the third time for post-operative care. But a new pilot study led by Yale plastic surgeons shows those three visits could be reduced to one by using telemedicine.

An all-Yale team lead by Drs. Henry Hsia and Deepak Narayan recruited 41 patients in the Connecticut VA system to participate in the pilot program. The veterans all had non-urgent conditions ranging from minor skin cancers to cysts to carpal tunnel syndrome. At local outpatient clinics, the patients received consultations using video conferencing equipment that connected them to a plastic surgeon in the West Haven VA. After the consultations, the veterans completed questionnaires evaluating their satisfaction and the quality of care.

The research team found that the vast majority of veterans treated preferred the telemedicine consultation to a traditional face-to-face visit. This alternative eliminated both the time and expense of making multiple trips to West Haven with no added cost, the research team noted.

“We’re not trying to replace traditional exams,” Hsia noted. “But this is an adjunct that will benefit patients by providing a screening tool.” As the number of veterans choosing telemedicine consultations grows, the researchers will investigate other aspects such as cost effectiveness and outcomes, the researchers said.