Posted by Andrew Careaga
On December 7, 2018 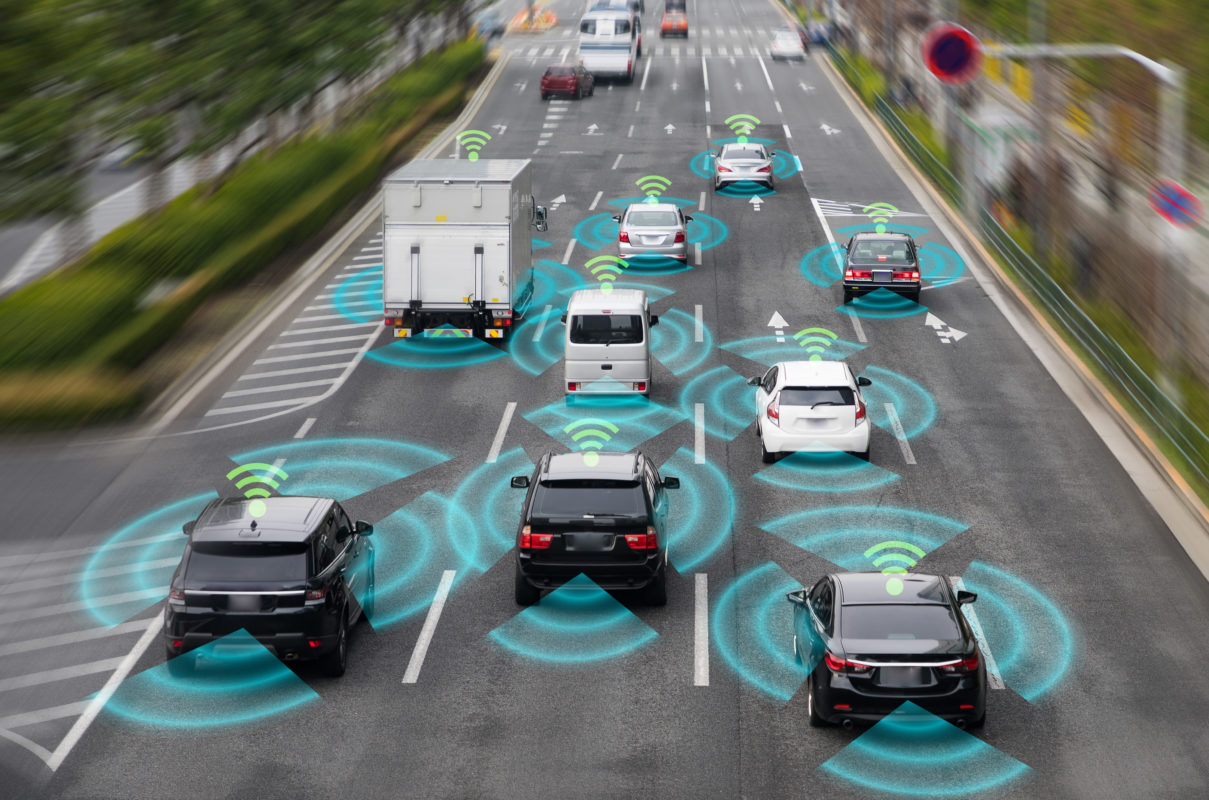 A team of researchers from Missouri S&T has received a National Science Foundation research grant of nearly $1 million to develop stronger safeguards for a wide array of complex systems that rely on computers – from public water supply systems and electric grids to chemical plants and self-driving vehicles.

Increasingly, these cyber-physical systems, or CPS, are threatened by both physical and cyber attacks. The consequences of such an attack could be catastrophic and range from financial ruin to loss of life, says Dr. Bruce McMillin, the project’s principal investigator. And the myriad access points to such data — from smart meters and security cameras to autonomous cars and wearable devices — only exacerbates the risks.

“The nation’s critical infrastructure is increasingly dependent on systems that use computers to control vital physical components,” says McMillin, professor and interim chair of computer science at Missouri S&T.

“The research aims to ensure that such systems ‘do what they’re supposed to do’ despite an attack by building in defenses that make sure each component behaves and works well with others,” McMillin adds. “The objective: produce from untrusted components a trusted CPS that is resilient to security attacks and failures.”

The project will test the more robust cyber-physical systems on a high-fidelity water treatment system as well as an electrical power test bed to align “concepts from distributed computing, control theory, machine learning and estimation theory to synthesize a complete mitigation of the security and operational threats to a CPS,” McMillin says.

“The key difference from current methods is that security holes will be identified and plugged automatically at system design times, then enforced during run time without relying solely on secure boundaries or firewalls,” he says.

That means treating every aspect of the CPS as its own security domain, building resilience to attacks that can come from within a secure domain. 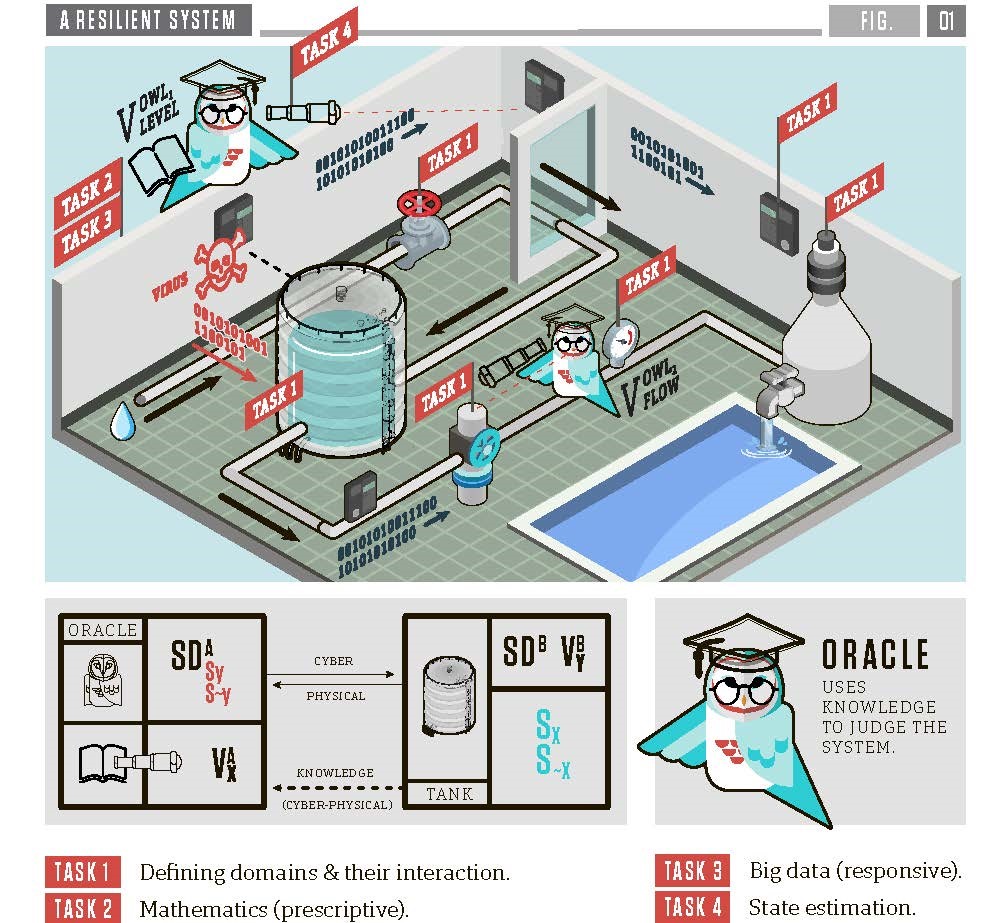 Illustration of how a cyber-physical system (in this case, a water treatment system) would be protected under this model being developed by Missouri S&T researcher. Each component of the system — cyber as well as physical — would be in its own self-contained security domain, and each portion of the process would be monitored (represented by the wise owl who is an oracle of knowledge) through a valuation V (its spyglass) from that domain to other domains. (Illustration by Sarah Martin.)

The NSF grant includes an outreach component to develop educational games to introduce cyber-physical security concepts to children from kindergarten through eighth grade.

The three-year, $962,965 NSF grant builds on previous cybersecurity research by McMillin and Kimball through the FREEDM (Future Renewable Electric Energy Delivery and Management) Systems Center based at North Carolina State University. The S&T and Purdue researchers will also collaborate with counterparts at the Singapore University of Technology and Design.