This is the legend of the showman Billy Rose: He was one of those rowdy New Yorkers from the Jewish Lower East Side in its days of glory, born in 1899, short of height but smart and fast. He became a pop-music lyricist, though he was more of a deal artist than a poet, claiming author credit when his creativity really lay in negotiating with publishers. He was a finagler who somehow or other hit it big in show business with Aquacades and night clubs, and he even put on classy Broadway shows such as “Carmen Jones” (1943) and “Seven Lively Arts” (1944).

But—so the legend runs—Rose was a peddler of entertainment, a salesman rather than a visionary. Thus “Seven Lively Arts” included a ballet by Stravinsky, but Rose wanted some tweaks. He wired the composer: “Your music great success STOP could be sensational”—if Stravinsky allowed Rose to have it rescored. Stravinsky replied: “Satisfied with great success.” 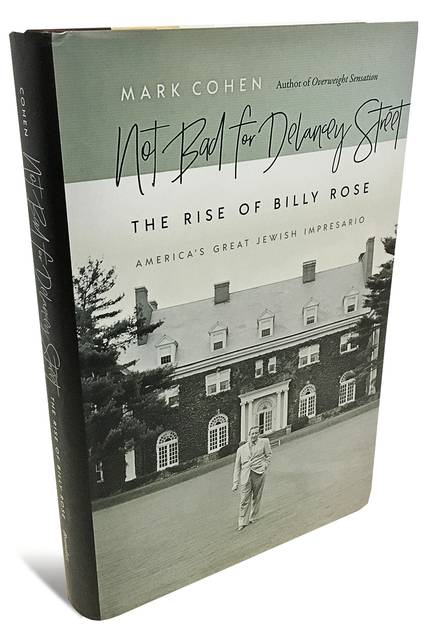 Not Bad for Delancey Street 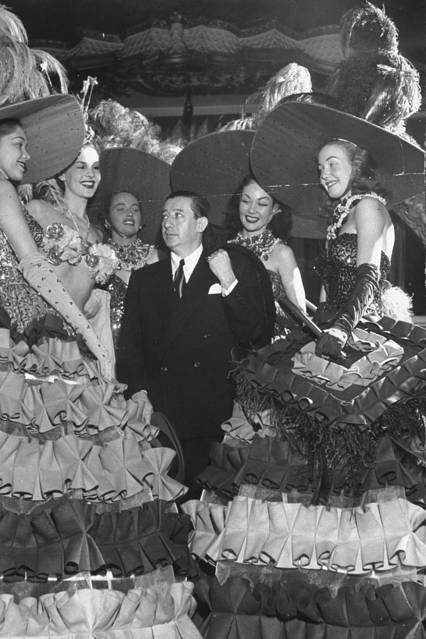 Who was this Rose? An upstart. A cheat, ruthless in his business dealings. A fame hound, always attaching his name to his works, as in “Billy Rose’s Music Hall” (1934), an early dinner theater. Yet by the time he died, in 1966, he was forgotten; if anyone knows his name at all today it is because an absurdly glamorous James Caan plays Rose in the Barbra Streisand film “Funny Lady” (1975). The movie presents Rose as tough but naive, phony yet charming. And Ms. Streisand, playing Fanny Brice, marries Rose because “I hate paying for material.” In fact, Brice—the funny girl of Ms. Streisand’s stage show and film—did indeed become Mrs. Rose. It’s what first made Rose famous, as a celebrity by marriage.

Mark Cohen’s new biography, “Not Bad for Delancey Street,” disposes of the legend. Yes, Rose was rough-edged and aggressive, but that’s because he demanded a lot from life. And it seems that he was indeed a visionary, often seeking to inspire rather than appease the mass audience. Mr. Cohen quotes the screenwriter and playwright Ben Hecht, a Rose intimate, who called Rose “a kind of slum poet and Jack the Ripper rolled into one.” But Hecht also said that Rose “had a marvelous capacity for throwing himself at a million projects and no theater was big enough.”

Mr. Cohen quotes many people in his quest to peel away the legend of Billy Rose from the many contradictory truths, researching his subject on a vast scale—the endnotes run to 60 pages. But Mr. Cohen has a narrow agenda: He is interested less in the works of Rose than in the man himself. Thus we learn very little about the fascinating “Jumbo,” his musical in the form of a real-live circus with a wonderful Rodgers and Hart score, the last major attraction at the grandest theater in New York’s history, the Hippodrome. For a generation of young New Yorkers, “Jumbo” was their first visit to Broadway.

Instead we learn that Rose actually did write at least parts of the song lyrics credited to him. And, Mr. Cohen tells us, he was a “songwriter’s hero” for the way he challenged music publishers used to underpaying artists. The composer Harry Warren is present to admit that once Rose concluded his deal-making, “he’d taken the biggest bite. And on the one hand you hated him, [but] you wouldn’t have gotten any deal without him.”

Further, Mr. Cohen tells us that Saul Bellow was so impressed with Rose that he wrote a novella, “The Bellarosa Connection” (1989), based on Rose’s rescue of a young Jewish man from the Nazis. For all Rose’s need to emblazon his name on his entertainments, he brought the Austrian Kurt Schwarz to the freedom of the Americas anonymously, almost as if the notoriously hard-boiled Rose would have been embarrassed to be caught being generous.

“Not Bad for Delancey Street” is part of a series devoted to studies “in American Jewish history, culture, and life,” so this is no simple Horatio Alger tale of Ambition Rewarded. It is, rather, an ethnic parable, as we learn of Rose’s obsessive involvement in the American anti-Nazi movement and the foundation of Israel. Jewish but secular in his lifestyle, Rose was eventually absorbed by, in Mr. Cohen’s words, the “rich and complex and confusing and thrilling experience of the American Jew . . . an identity he helped pioneer and invent.”

Thus he started his career as many Jewish men of his age did, gravitating toward show business because it welcomed anyone with talent. But after a while he began to do what few others did, actively agitating for an end to the traditional bigotries of the Old World.

It is Mr. Cohen’s contention that this kind of life was unique to Rose’s background, with its belief in community service, a trait passed on to Rose by his overbearing mother, who made it her crusade to bring her co-religionists out of pogrom-ridden Russia. “She was always whipping around trying to raise money,” Rose recalled. “She was a one-woman collection agency.” But once she got them to safety, she tried to run their lives, and now—Fanny Brice observed—“they wished they were back in Europe.”

Mr. Cohen has a fascinating tale at his disposal, and he recounts it with relish. Then, too, he enjoys the advantage of a colorful cast of characters, including a circle of friends that runs from statesmen to gangsters while centering on Manhattan’s talent elite. In this vanished New York, Dorothy Parker and George S. Kaufman set the tempo, and everyone’s in his best form. So Mr. Cohen, elaborating on Rose’s work on his country place, tells us how Moss Hart, at his own country place, moves the location of an oak tree to give his library the right tone of shade, and Wolcott Gibbs of the New Yorker remarks, “It just goes to show you what God could do if He only had money.”

Mr. Mordden is the author, most recently, of “All That Jazz: The Life and Times of the Musical Chicago.”

Appeared in the December 7, 2018, print edition as ‘No Theater Was Big Enough.’