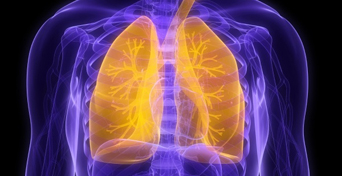 Pulmonary-renal syndrome (PRS) refers to a group of rare but potentially fatal conditions that nearly always are caused by a misguided attack by the body’s immune system on the lungs and kidneys. Coughing up blood and blood in the urine are telltale signs.

Treatment with corticosteroids and immunosuppressant drugs can be effective if begun before respiratory and kidney failure occur. But because scientists don’t know what triggers the auto-immune attack, they can’t identify patients at risk or prevent PRS before it starts.

Now researchers at Vanderbilt University who helped define the biochemical basis for the best-known example of PRS, Goodpasture syndrome, have identified a new “auto-antibody” in the blood of patients with the disease that is present even before symptoms occur.

The discovery, reported in the November issue of the Journal of the American Society of Nephrology, provides new information about how PRS develops, at least in a subset of patients, and thus how it one day may be prevented.