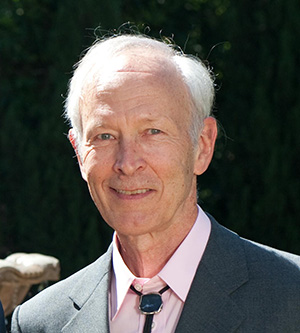 Robert Coe has been a pioneer in the study of magnetic field reversals.

Throughout Earth’s long geologic history, the magnetic pole has not remained stable.

For reasons that are still little understood, the Earth’s magnetic field can suddenly – and without warning – weaken, start to shift around, and even completely reverse direction.

Records indicate that over the last 160 million years, the magnetic pole has reversed its polarity at least several hundred times. Called a “geomagnetic field reversal,” this has resulted in the poles swapping positions, with magnetic north becoming magnetic south, and vice versa. The magnetic pole has also undergone what are called “excursions.” During an excursion event, the earth’s magnetic field weakens and begins to drift but does not reverse itself. The field re-strengthens and the poles finally return to their initial position.

UC Santa Cruz geology professor Robert Coe will be presenting his paper, “What We Know and Don’t Know about Reversals” during the upcoming American Geophysical Union (AGU) meeting in Washington, D.C. this December.

Coe is an emeritus professor of geophysics, and has had a long and distinguished career. He has received numerous awards and recognition for his many research accomplishments. He received his Ph.D. at the University of California, Berkeley, and did postgraduate work in Australia before returning to the States where he joined the UC Santa Cruz faculty in 1968. He has made significant contributions in a number of areas, including volcanology, geochemistry, and tectonics. In the 1970s, he developed a method of more accurately measuring the intensity of the magnetic field in rocks – a method that bears his name. Perhaps his most significant contribution, however, has been in paleomagnetism, where he has been a pioneer in the study of magnetic field reversals.

“The Earth’s magnetic field is restless,” said Coe in a recent interview.

Evidence for this restlessness first came to light in the early twentieth century when geologists recognized that certain rocks exhibited magnetism that was different in orientation from the Earth’s then current magnetic field. While given little consideration at the time, geologists eventually acknowledged the significance of this observation and became interested in investigating the phenomenon. A number of influential papers published in the 1960s – including a number of papers authored by Coe – shed considerable light on the process by identifying polarity transitions in both lava flows and sediments.

The process by which rocks get magnetized occurs when they are formed, Coe explained. Scientists know much more about how volcanic rocks become magnetized than they do about sedimentary rocks. As igneous rocks cool, for example, they become magnetized in the direction of the field prevailing at the moment. This process may take a few days or a few years and provides a “snapshot” of the Earth’s magnetic field, he added. Consequently, by studying many different rocks formed during different geologic periods, researchers can create a record of the Earth’s history of magnetic wanderings.

One of the best records of the earth’s magnetic reversals comes from Steens Mountain in southeastern Oregon. Here, a series of overlapping Miocene-age basaltic lava flows record a complex history of several thousand years of Earth’s geomagnetic history. Significantly, the Steens Mountain record bears evidence of a complete magnetic reversal that occurred at an extraordinarily rapid pace (between 3 and 8 degrees per day) some15.5 million years ago.

Unfortunately, magnetic reversals can be far more complex than even the best, most detailed paleomagnetic record on hand. Volcanic records are limited by the “discontinuous and episodic nature of volcanic eruptions,” Coe said. To better understand Earth’s geomagnetic history, Coe emphasized, we need to have excellent records not only from volcanic contexts but also from sedimentary data.

Highly detailed deep-sea cores recently obtained during drilling operations in the North Atlantic might provide the lynchpin. These were obtained from a vertical section of the ocean floor and provide a continuous sequence of magnetized strata.

“The North Atlantic records give one hope,” Coe said.

Today, much has been learned about reversals in the Earth’s magnetic field.

It is now known, for example, that magnetic reversals happen much more frequently than previously surmised, and that they can often occur at incredibly rapid clips. It is also known that the last complete reversal, which occurred 770,000 years ago, occurred over a span of less than 100 years.

Much more, however, is still to be learned.

Most importantly, geologists continue to debate the cause of these reversals.

“A magnetic reversal certainly has a large random or chaotic aspect,” Coe said. “And it’s active over many time scales.”

Although a number of theories have been posited, the prevailing explanation suggests that reversals are ultimately tied to the Earth’s convective motion.

“The Earth’s magnetic field comes from a dynamo-like action arising from the motion of the metallic fluids in the outer core,” he said.

Scientists have also debated whether a reversal can cause major hazards, especially to technology. Some have argued that a reversal would cause the failure of the worldwide electronic and communication systems. The question, however, is controversial and remains unanswered.