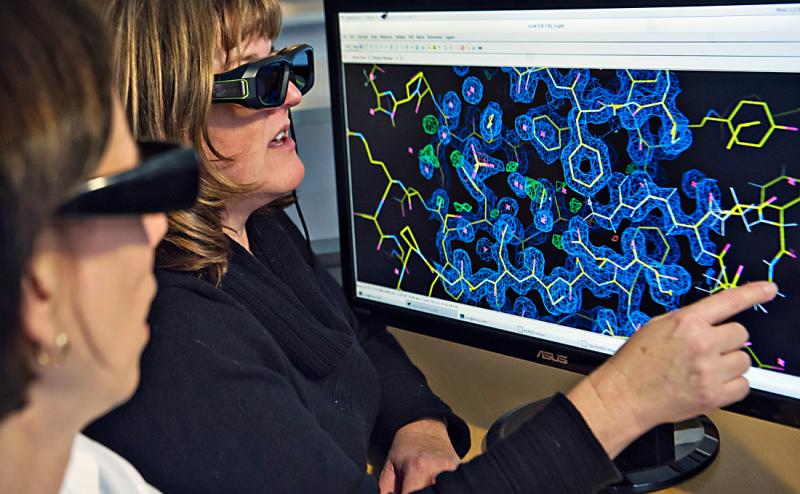 ANN ARBOR—In a reflection of the changing landscape for academic drug discovery at the University of Michigan, the Center for the Discovery of New Medicines will now be known as Michigan Drug Discovery.

Along with the change in name, comes a shift in direction, scope and emphasis.

Led by Director Vincent Groppi and guided by an executive committee of senior experts, Michigan Drug Discovery provides experienced guidance and mentorship through all stages of drug discovery and commercialization.

The initiative also includes a new website—drugdiscovery.umich.edu—that serves as a virtual storefront for U-M researchers and external partners to find information and resources.

The site features a roadmap for the drug discovery process and U-M resources available at every stage, a curated list of internal funding opportunities, quick access to core laboratories and resources, as well as news and events of interest to the growing community of researchers at the university.

“Over the last decade, numerous independent efforts in drug discovery, experimental therapeutics and translational research have grown organically in groups across the university,” said executive committee chair Jim Dalton, dean of the U-M College of Pharmacy.

“U-M has developed great expertise and technological resources to advance projects from their basic science foundations to early clinical trials,” he said. “Now—through Michigan Drug Discovery—we will be providing an additional layer of coordination, communication and collaboration to support the faculty, the university and, ultimately, patients in need of new medicines.”

U-M has a long track record of success in the drug discovery arena. An analysis by “Drug Discovery Today” found that Michigan was the largest single contributor among academic institutions in creating new molecular entities that have received approval from the Food and Drug Administration.

“Investigators at the Rogel Cancer Center, College of Pharmacy, School of Medicine and Life Sciences Institute are leaders in the pathology and mechanisms of many diseases,” Groppi said. “We’ve built the expertise and resources to help them apply that deep knowledge toward developing new drugs that can address some of today’s most urgent medical needs.”

Since the Center for the Discovery of New Medicines was established in 2012, these grants alone have invested about $2 million in nearly 60 therapeutic projects. They, in turn, have gone on to secure more than $17 million in federal grants and other support. Several projects have received patent protection or have been licensed by a commercial partner.