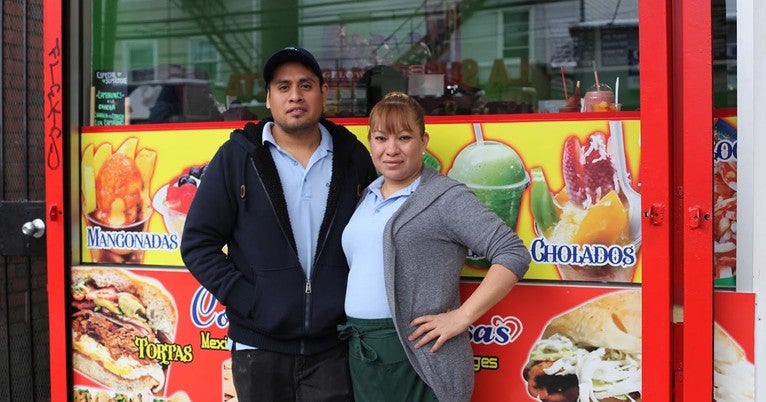 For students in the “Intro to Public Humanities” class, the city of New Haven is their classroom. Instead of cramming for a final before Christmas break, they are “putting something out into the world,” says Ryan André Brasseaux ’11 Ph.D., dean of Davenport College and lecturer in American Studies at Yale: The students are hosting an event and publishing a cookbook that bring together the stories and recipes of the city’s diverse chefs. “Everyone in this class is a transplant to New Haven,” he says. “The question is: Can we engage the community?”

Early in the semester, the 10 undergraduate and graduate students traveled on a bus, rented by “Dean B.,” to several New Haven neighborhoods like Fair Haven and the Hill. “We push into the neighborhoods beyond the campus, with a tour guide, and meet community members and leaders,” says Brasseaux.

The city and its people serve as the inspiration for a collaborative project that is designed and executed by the students. This year, they focused on New Haven’s food culture, for a project called Deep Roots. They interviewed chefs from such quintessential New Haven eateries as soul food restaurant Sandra’s Next Generation on Congress Avenue, Mexican restaurant Cositas Deliciosas on Grand Avenue, and Sanctuary Kitchen, a project of CitySeed, which promotes the culinary traditions of immigrants and refugees through cooking demonstrations, classes, and meals. These stories are featured on a dedicated website, and have been incorporated with recipes for a digital and print cookbook. The chefs shared their specialty dishes and stories with 35 guests at a sold-out event on Dec. 8 at the New Haven Museum.

These restaurants serve as anchors for their neighborhoods. They really are community centers.

“These restaurants serve as anchors for their neighborhoods,” Brasseaux says. “They really are community centers. We were looking for people with deep roots, but also people who have been uprooted.”

Students in the class say they were drawn to the stories of the local chefs, and the importance of space and place in creating community. “When the team learned about Sandra’s kitchen, we saw how much went beyond food,” says Nyamal Tuor ’20 B.A. “Place and location are such a big factor for her growth as a chef. Congress Avenue has changed throughout time.”

Soledad Tejada ’20 B.A. said the student interviewers were warmly welcomed by the resident chefs. “Everyone was willing to talk to us, and we were welcomed and fed by the chefs,” she says. “And all the interviewees talked about the importance of family, as well as place and location.”

Tejada said working with her classmates, and bringing together their diverse skillsets and backgrounds, offered a real-world experience in solving problems and creating something new. Students in the class come from Yale’s Schools of Management, Forestry and Environmental Studies, Drama, and Divinity, as well as Yale College. They had to obtain an event license and temporary restaurant license from City Hall, to build the website, conduct interviews, and shoot and edit videos. “I’ve learned a lot,” Tuor says. “I’m learning from the backgrounds of other classmates.” Tejada says that in the process of pulling Deep Roots together the students have created their own “resilient community.”

Past student projects included an immersive documentary about the May Day trials and The Silence Project, an exhibit that featured interviews with young people, immigrants, and parolees, — all groups that can’t vote — that listeners could access via headphones.

The collaborative classroom is a natural fit for him, says Brasseaux. When he came to Yale in 2006 to pursue his doctorate in American studies, a public humanities track did not yet exist. But the Louisiana native brought with him a passion for music (he is a former percussionist for the Grammy-winning band the Lost Bayou Ramblers) as well as experience in art exhibitions, public radio, oral histories, and documentary films. He and a fellow graduate student, Monica Martinez ’12 Ph.D., now a public humanities faculty fellow and assistant professor at Brown University, created the Public Humanities at Yale initiative, which became the impetus for a public humanities seminar and, later, an official public humanities master’s track.

Now, he’s teaching the next generation about the lessons to be learned from engaging in one’s community and local culture. “There’s both theory and vocational training,” Brasseaux says. “It’s like the applied sciences.”