Stop-and-frisk on the way to school 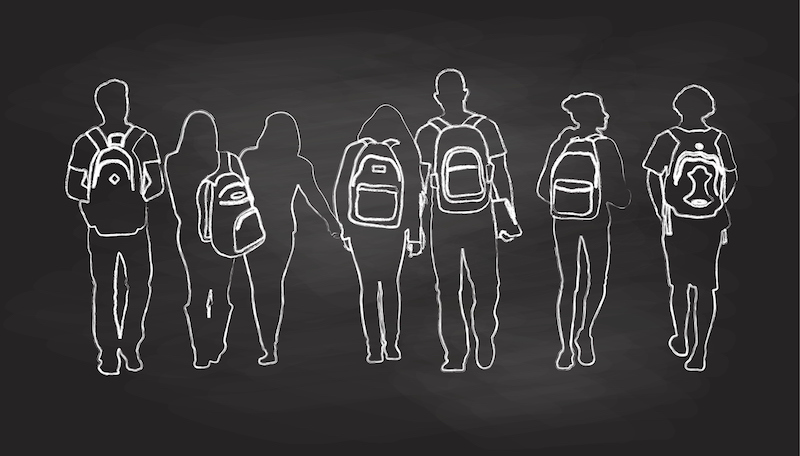 Stop-and-frisk search and school safety are both subjects of frequent public debate, but there’s a place these two issues meet that hasn’t gotten much attention: On the journeys of city students to and from school.

Assistant Professor of Education and Sociology Derron Wallace interviewed Black Caribbean students in London and New York City high schools, and nearly all of them reported they had either witnessed or been subjected to stop-and-frisk procedures during their trips to and from school.

“Young people generally, and Black young people in large city contexts particularly, all too often negotiate an intense set of anxieties around their safety in the company of law enforcement while traveling to and from school that goes unrecognized in public discourse” Wallace said. “This is a key dimension of young people’s educational experiences that researchers, policymakers, teachers and youth advocates should take seriously.” 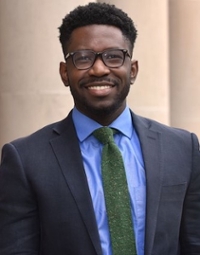 From 2012 to 2014, Wallace conducted in-depth interviews with 60 Black Caribbean high school students in New York City and London to better understand how they interact with police during their trips to and from school. In all, 57 of the 60 participants reported having witnessed racial and ethnic minorities being frisked by police during their travels to and from school, and 25 of the 60 reported having been stopped and frisked themselves. Of those 25, 23 were males.

Wallace’s research, highlighted in an article recently published in Harvard Educational Review, included interviews with 30 high school age students from a large public high school in New York City, and 30 from a large public high school London. All of the students were Black with at least one parent emigrating from a Caribbean nation. The study is part of a larger research project by Wallace examining the educational experiences of Black Caribbean young people in both cities.

The in-depth nature of the interviews allowed Wallace to pick up on common sentiments, to examine how public perceptions of Caribbean heritage differs in the two cities, and to understand how young people view police differently in the two cities.

Students at both public schools are required to wear uniforms, and they often remarked at how little those uniforms did to influence the way they were treated by police. They didn’t expect the uniforms to provide immunity, Wallace said, but they thought they would be treated like children because they were wearing them.

“They expected their uniforms to signal to law enforcement that they were children and that their engagement with police officers would at least be informed by the fact that they were young people,” Wallace said. “But according to participants, they were treated like adults.”

Focusing on Black Caribbean youth provided an opportunity for Wallace to examine processes of racialization and ideas of ethnic exceptionalism. In the United States, there are myths of ethnic exceptionalism for Black immigrants and because of these myths, children are often encouraged by their parents to emphasize their Caribbean identities in interactions with authority, Wallace said. In London, meanwhile, these myths of exceptionalism do not exist. Yet students from both cities told Wallace that their ethnicity didn’t seem to influence the way they were treated by police. For Black Caribbean students, it was their race that mattered in the policing process.

“Participants revealed that their accents, deferential attitudes, and school attire did not save them from police scrutiny as they traveled through segregated and disadvantaged regions of global cities,” Wallace said. “Black Caribbean youth recounted being stopped, questioned, and searched in their local neighborhoods—at points for no clear or convincing reason.”

One student from New York told Wallace: “School clothes, Caribbean background…don’t really stop the police…The police will come for you anyway…All the things my mother told me would help protect or cover me didn’t…I showed respect, but that didn’t change nothin’.”

Statistics from the New York Police Department show a steep decline in stop-and-frisk searches after a Supreme Court ruling in 2013 limited their use, but Black and Latinx people are still stopped by police while walking on city streets at considerably higher rates than white people.

“A drop in reported incidents changes the public perception, but it doesn’t necessarily change the experiences of young people,” Wallace said.

Wallace will continue his research into the subject, and search for paths to improved experiences for students, as the Stuart Hall Fellow at Harvard University’s Hutchins Center for African and African American Research this coming spring. Wallace said change will require more than traditional political action and court decisions; it will need grassroots movements where community stakeholders, parents and schools are all involved.

“The results of this study show that we need to make sure we are thinking about the safety of young people beyond national crises,” he said. “Finding a safe route to school can matter just as much as the safety in London and New York City public schools.”