CHAMPAIGN, Ill. – The rubber stopper is sticky in my hands. I can see it drooping into the vial, threatening the two tiny insect specimens inside, a pair of small green stoneflies, Alloperla furcula. Vial stoppers should not be sticky, and definitely should not be melting into the glass vial holding these important reference specimens. I have to save them from total annihilation. 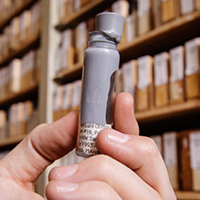 The stoppers were purchased about 30 years ago. They showed no signs of distress for many years.

The Illinois Natural History Survey Insect Collection holds more than 350,000 vials with more than 3 million insect and arthropod specimens inside. About 70 percent of these are in vials with stoppers that are – or could soon be – melting. This is a collections management catastrophe.

The problem had its origin about 30 years ago. Someone at a container supply company changed the exact composition of the rubber used in the vial stoppers the INHS used to store soft-bodied insects and other arthropods in 75-percent ethanol. For the first 10-15 years they were used, the gray vials did not show any signs of decay. That has recently changed. Thousands of vial stoppers in the collection have started to melt.

The melting is slow, but steady, and seems to be worse in different parts of the collection. Millimeter by millimeter, the melting rubber is collapsing into or around the glass vials that store millions of priceless specimens.

Hope is not lost, however. Thanks to a National Science Foundation Collections in Support of Biological Research grant, most of the spiders, beetles, caterpillars and lacewings have already been saved. The Prairie Research Institute also has used emergency funds to purchase an additional 60,000 vials. This is allowing us to begin the slow process of replacing them.

While we work, however, the melting vials are endangering millions of specimens, including priceless caddisflies, mayflies and stoneflies collected over many decades. These are used as essential reference specimens when inferring water quality in Illinois streams and rivers. 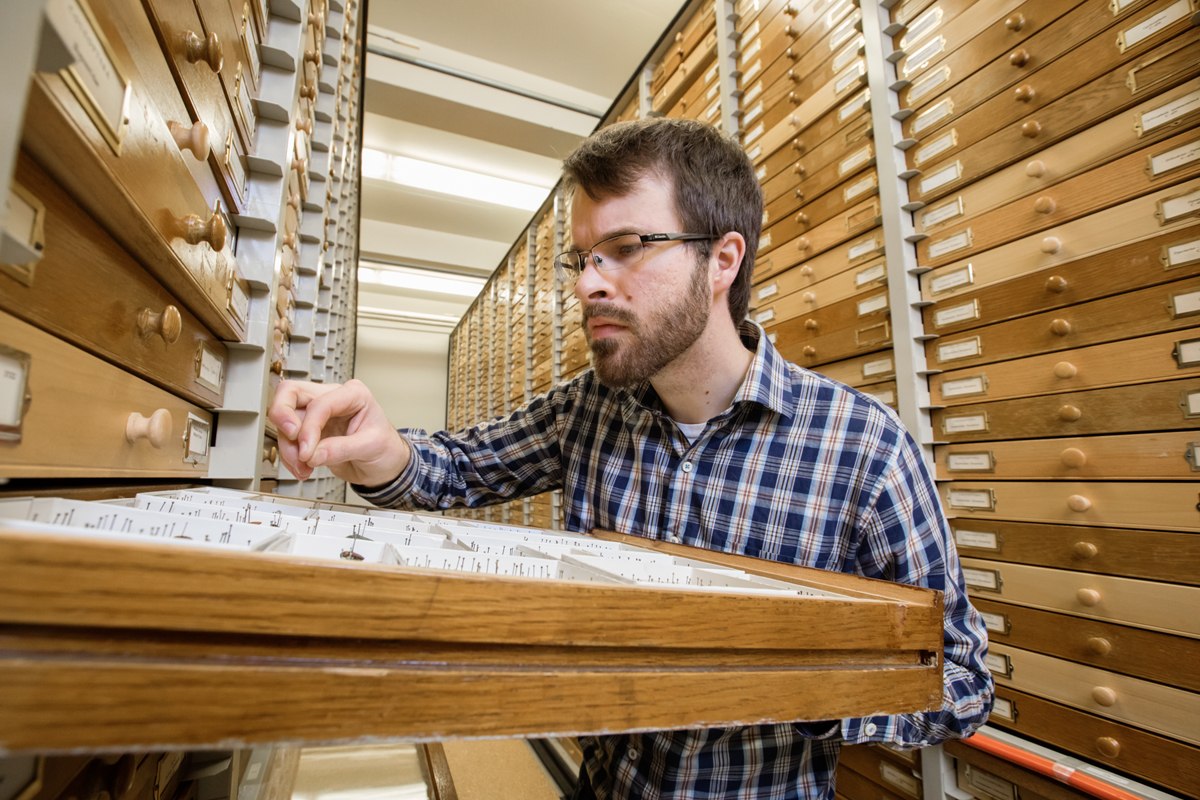 A cadre of Master Naturalists, volunteers, undergraduate students and our collection assistants are stepping up to help me with this enormous task. But we need more help. Time and money are limited. More volunteers are needed to replace the vials, and more money is required to save the specimens.

I am able to save the two stoneflies in this one vial. If the task had been delayed a few more months, they would have been permanently entrapped in a morass of rubbery goo, and a small piece of scientific knowledge would have been lost forever.