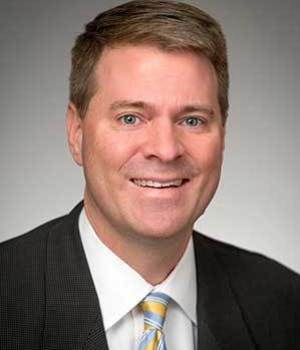 “Shannon combines expertise in financial management with wide administrative experience and broad engagement with the academy,” Notre Dame President Rev. John I. Jenkins, C.S.C., said. “Above all, he brings a deep commitment to the mission of Notre Dame. I am excited to have him in this new role.”

John J. Brennan, chair of the Board of Trustees, said: “There is no one better qualified than Shannon Cullinan to succeed John Affleck-Graves. He is already one of the reasons that Notre Dame enjoys a well-deserved reputation nationally for being a superbly managed University.”

“I am deeply humbled by this opportunity and grateful to my predecessors who wisely shaped the Executive Vice President’s Division, dating back to the original visionary, Rev. Edmund P. Joyce, C.S.C.,” Cullinan said. “I also want to thank John Affleck-Graves for his extraordinary legacy of stewardship and selfless dedication to our employees, especially our staff.” 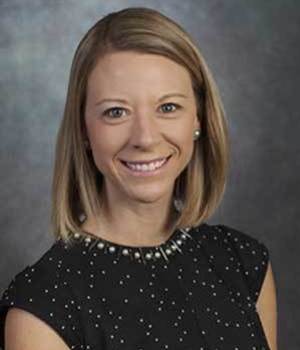 As chief financial officer, Cullinan will be responsible for the Investment and Finance Offices, overseeing the University’s $13 billion endowment and $1.6 billion operating budget. He also will oversee the Offices of Information Technology, Human Resources, and Facilities, Design and Operations.

In addition, in order to better integrate key operations currently under the executive vice president, two individuals have been appointed to newly created positions, both reporting to Cullinan.

Micki Kidder will become the vice president for University Enterprises and Events. In this role, she will oversee campus dining and catering operations; lead the planning and execution of a wide range of University events

from commencement to concerts, including events around football games on and off campus; and lead university enterprises such as the Morris Inn, McKenna Hall, the Hammes Notre Dame Bookstore, St. Michael’s Laundry and licensing. 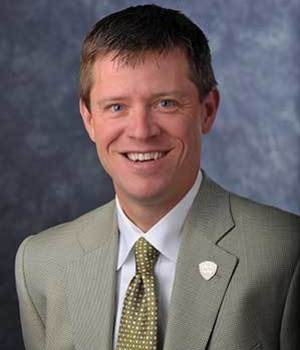 Mike Seamon will take on the new role of vice president for Campus Safety and University Operations. In this position, he will continue to oversee Notre Dame Security Police, the Notre Dame Fire Department, Risk Management and Safety and the Emergency Management Program. He will in addition take on oversight for Building Services, Warehouse, Delivery and Transportation, the Office of Sustainability, Land O’Lakes and other operations vital to the life of Notre Dame.

Kidder and Seamon will begin their new roles March 1.

Father Jenkins also has appointed Ann Firth to the position of vice president and chief of staff to the president, effective immediately. In this position, Firth will not only manage the president’s staff and advise the president, but also assume a role in the implementation of key initiatives of the President’s Office and continue her work as liaison to the Board of Trustees. 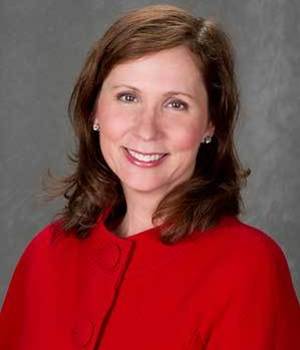 In 2011, he was named associate vice president for University Relations, where he worked closely with Trustee leadership, executive leadership, deans and the University Relations team to oversee Notre Dame’s advancement and Boldly Campaign efforts. In 2016, Cullinan was appointed vice president for Finance overseeing the Offices of Treasury Services, Budget, Financial Planning, Procurement Services, Northeast Neighborhood Development and the Controller’s Group.

Cullinan worked for four years as the associate executive director of the Center for the Homeless in South Bend, establishing it as a national model. During his tenure at the center, he served as the controller and created a commercial landscape business employing homeless men and women. He also owned and ran an advertising company before working at the center.

The recipient of a Notre Dame Presidential Leadership Award in 2012, he serves on the Community Foundation of St. Joseph County Board, Beacon Health System Foundation Board and Alliance for Catholic Education Advisory Board.

Cullinan graduated with honors from Notre Dame in 1993 with a bachelor’s degree in accountancy. He earned his master of business administration degree with highest honors from the University of Pennsylvania’s Wharton School.

Cullinan’s wife, Sarah, also is a Notre Dame graduate. She earned her master’s degree in education through Notre Dame’s Alliance for Catholic Education. The Cullinans are the parents of four children.

A member of the University Relations senior management team in her current role as associate vice president and executive director of Development, Kidder oversees the majority of individual leadership fundraising efforts for the University, including regional fundraising and athletics advancement. She also leads the operating and administrative functions of the Development Department, including Special Events, Development Information Services, Donor Services, Finance, Human Resources, Stewardship, Prospect Management and Development Research.

In her previous roles in the Offices of the President and Executive Vice President, Kidder managed important campus-wide initiatives such as the University’s Strategic Emergency Preparedness and Response Protocol and Office of the Board Secretariat.

Kidder is a 2000 graduate of the Kelley School of Business at Indiana University and a certified public accountant. She holds a certificate of education from the Harvard Graduate School of Education and will receive her Executive MBA degree from the Mendoza College of Business in May.

Kidder is a member of The Stanley Clark School board and has been actively involved in the South Bend community, holding leadership roles for the Boys & Girls Clubs of St. Joseph County, Family & Children’s Center, and the Junior League of South Bend. She and her husband, Scott, are parents of three children.

Seamon was appointed to his current position in April 2016. In addition to overseeing Notre Dame Security Police, the Notre Dame Fire Department, Risk Management and Safety, Emergency Management and Game Day Operations, he shepherded the first use of Notre Dame Stadium for a major concert, featuring Garth Brooks.

A 1992 graduate of Notre Dame with a bachelor’s degree in management, Seamon earned his MBA from the University in 1994. He has served his alma mater since 1997 after previously working as director of sales and marketing for the Tampa Bay Rays of Major League Baseball.

Seamon serves on the board of directors of the Logan Center and has served on the board of the Boys & Girls Clubs of St. Joseph County. He is a graduate of the South Bend/Mishawaka Leadership Program.

Firth joined the Office of the President in 2011 as associate vice president and counselor to the president and was appointed chief of staff in 2012.

She earned bachelor’s and juris doctor degrees from Notre Dame. After practicing law in Chicago, Firth returned to Notre Dame to join the Division of Student Affairs as the inaugural director of the Office of Residence Life, serving for six years as the University’s primary hearing officer for student disciplinary matters. Firth went on to serve as a member of the Student Affairs’ senior leadership team. As associate vice president for Student Affairs, she was responsible for strategic planning and assessment for the division, ensuring student welfare and safety and managing crisis communications.

Firth is the recipient of a Notre Dame Presidential Award, and she was honored by the Congregation of Holy Cross with the Howard J. Kenna, C.S.C., Award for “extraordinary contributions to Notre Dame and Holy Cross.” She is active in St. Pius X Parish, is a graduate of the South Bend/Mishawaka Leadership Program, and has served on several community boards.

Firth and her husband, John, who also holds two degrees from the University, are the parents of four Notre Dame graduates and a current Notre Dame student.