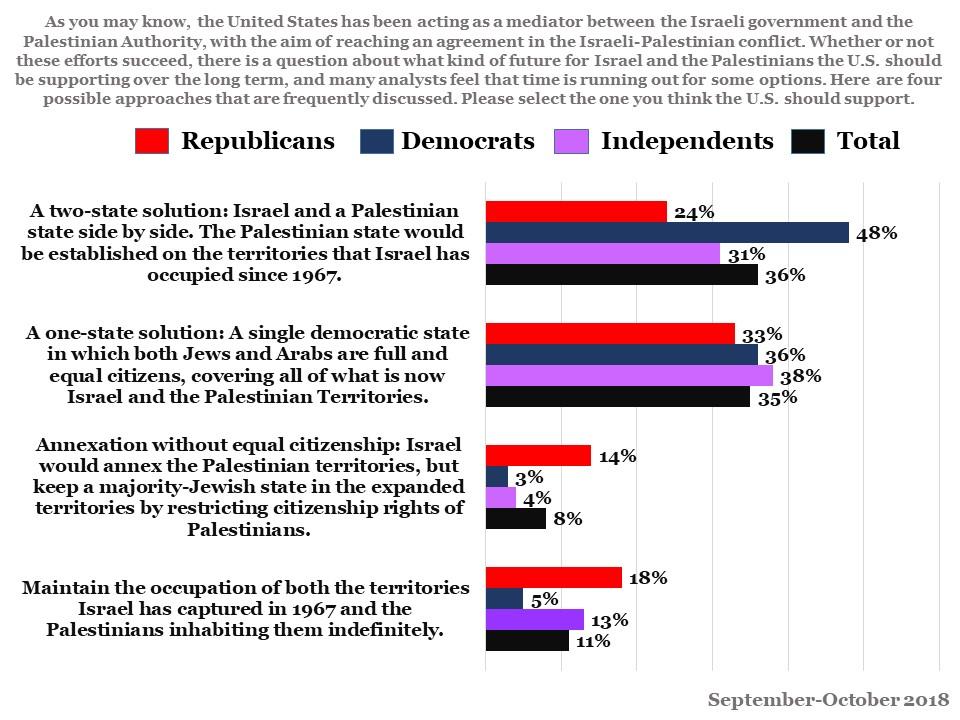 When presented with the choice of Israel’s democracy versus its Jewishness, in the event that a two-state solution is not an option, 64 percent of all respondents say that they favor Israel’s democracy more than its Jewishness, even if that means Israel would no longer be a politically Jewish state. Only about a quarter (26 percent) would choose the Jewishness of Israel, even if that means that Palestinians are not full citizens. 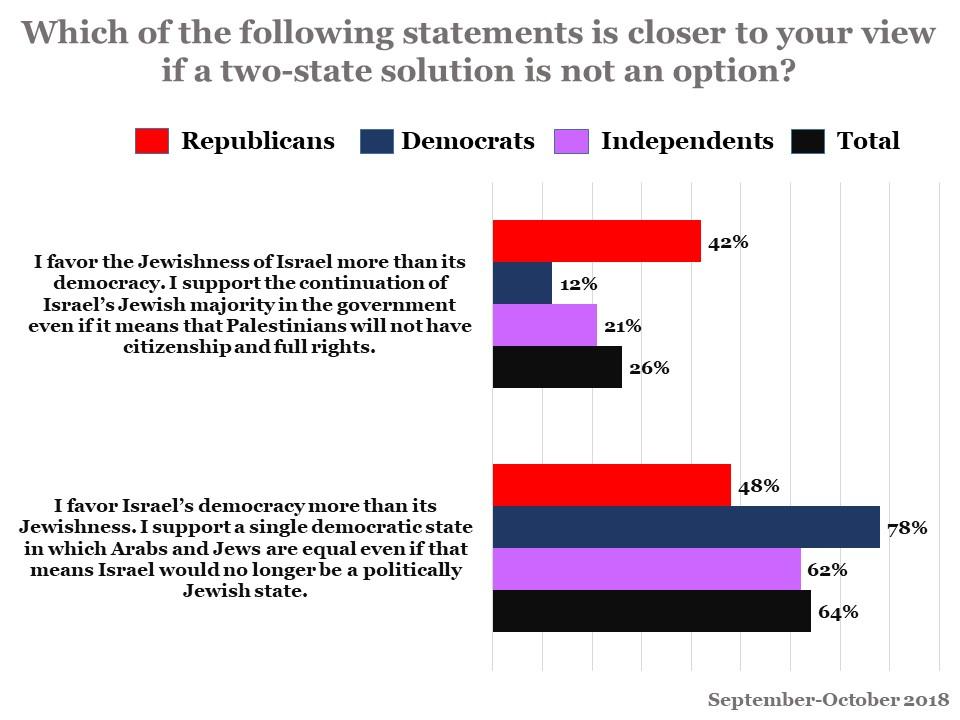 “These results indicate a rise in the number of Americans who back a one-state solution with equal citizenship,” said Professor Shibley Telhami, Director of the Critical Issues Poll. “Though we have not fully analyzed the reasons for this shift, it may be a reflection of increasing pessimism about the prospects of a two-state solution. We do know from our previous polls that a majority of those who support two states say they would switch to one state if the former became unattainable.”

This new UMD Critical Issues Poll also looked at Americans’ views on other issues, including Israeli settlements in the West Bank. One of the questions tracked over time is what role Americans want their government to play in mediating the conflict: lean toward Israel, toward the Palestinians, or toward neither side. Here we continue to see deep polarization, with a majority of Republicans wanting the U.S. to lean toward Israel, while a bigger majority of both Democrats and Independents want the U.S. to lean toward neither side. 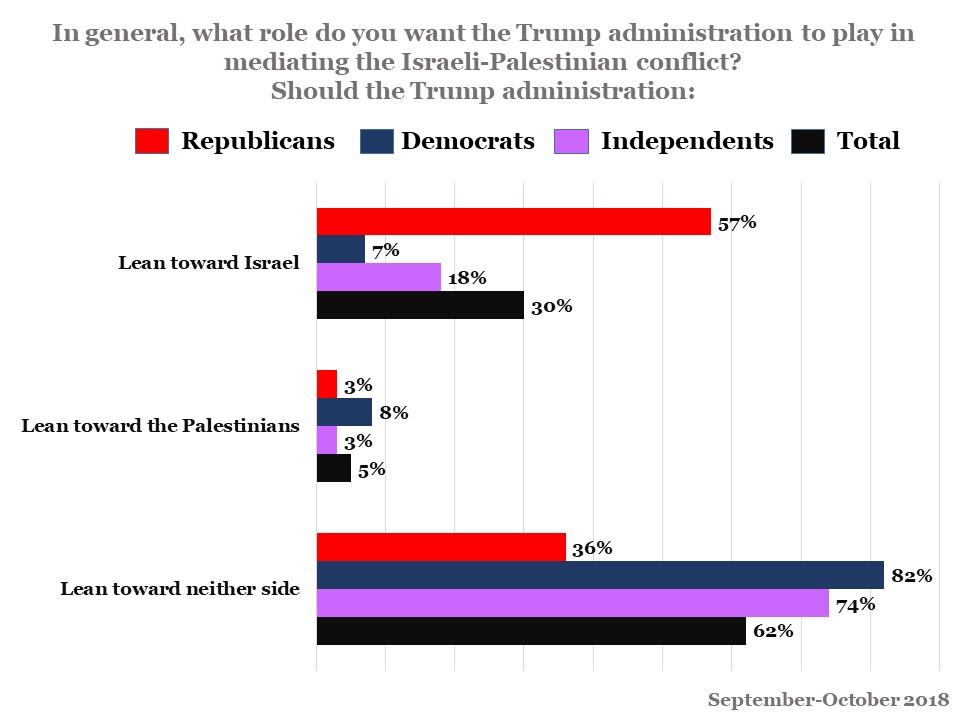 These results are part of a larger UMD Critical Issues Poll that gauged a number of issues, which will be released in the near future. Telhami and Professor Stella Rouse, Associate Director, served as the principal investigators for the poll.

A further analysis on these results can be found in an article in Foreign Policy by Telhami showing that the U.S. public’s views on Israel’s policies are shifting. The questionnaire for the poll can be found here.

Methodology: The survey was carried out September 12 – October 9, 2018 online from a nationally representative sample of Nielsen Scarborough’s probability-based panel, originally recruited by mail and telephone using a random sample of adults provided by Survey Sampling International. The national sample was 2,352. Overall, the sample was adjusted to reflect population estimates (Scarborough USA+/Gallup) for adults 18 years of age or older. The survey variables balanced through weighting were: age, gender, race/ethnicity, household income, level of education, census regional division, and political party affiliation. The margin of error is 2.02 percent.