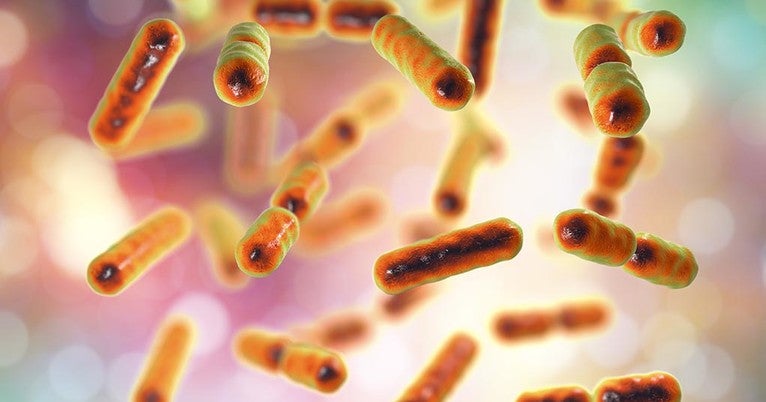 Sugar can silence a key protein required for colonization by a gut bacterium associated with lean and healthy individuals, according to a new Yale study published the week of Dec. 17 in the journal Proceedings of the National Academy of Sciences of the USA.

The gut microbiota plays a key role in human health, and its composition is associated with diet. Until recently, scientists believed that sugar was absorbed into the intestine and never reached the gut. However, recent studies have shown sugar can travel to the colon, where the microbiota resides.

“Given the high consumption of sucrose and fructose in the Western diet, we wanted to know what effect it was having on the composition of the gut microbiome,’’ said Eduardo A. Groisman, the Waldemar Von Zedtwitz Professor of Microbial Pathogenesis and senior author of the research.

Groisman and colleagues studied the effects of a high sucrose/glucose diet in mice on one of those beneficial bacteria, Bacteroides thetaiotaomicron, a species associated with the ability to process healthy foods such as vegetables.

They found that both fructose and glucose, which together form sucrose, block the production of a key protein called Roc, which is required for colonization of this beneficial bacterium in the gut. When researchers engineered a strain of the bacterium that did not silence Roc in response to fructose and glucose, the engineered strain had a colonization advantage in the guts of mice on a high sucrose/glucose diet.

“The role of diet in the gut microbiota goes farther than just providing nutrients,” Groisman said. “It appears that carbohydrates like sugar can act as signaling molecules as well.”

Yale’s Guy Townsend is first author of the study, which was primarily funded by Yale University and the National Institutes of Health.