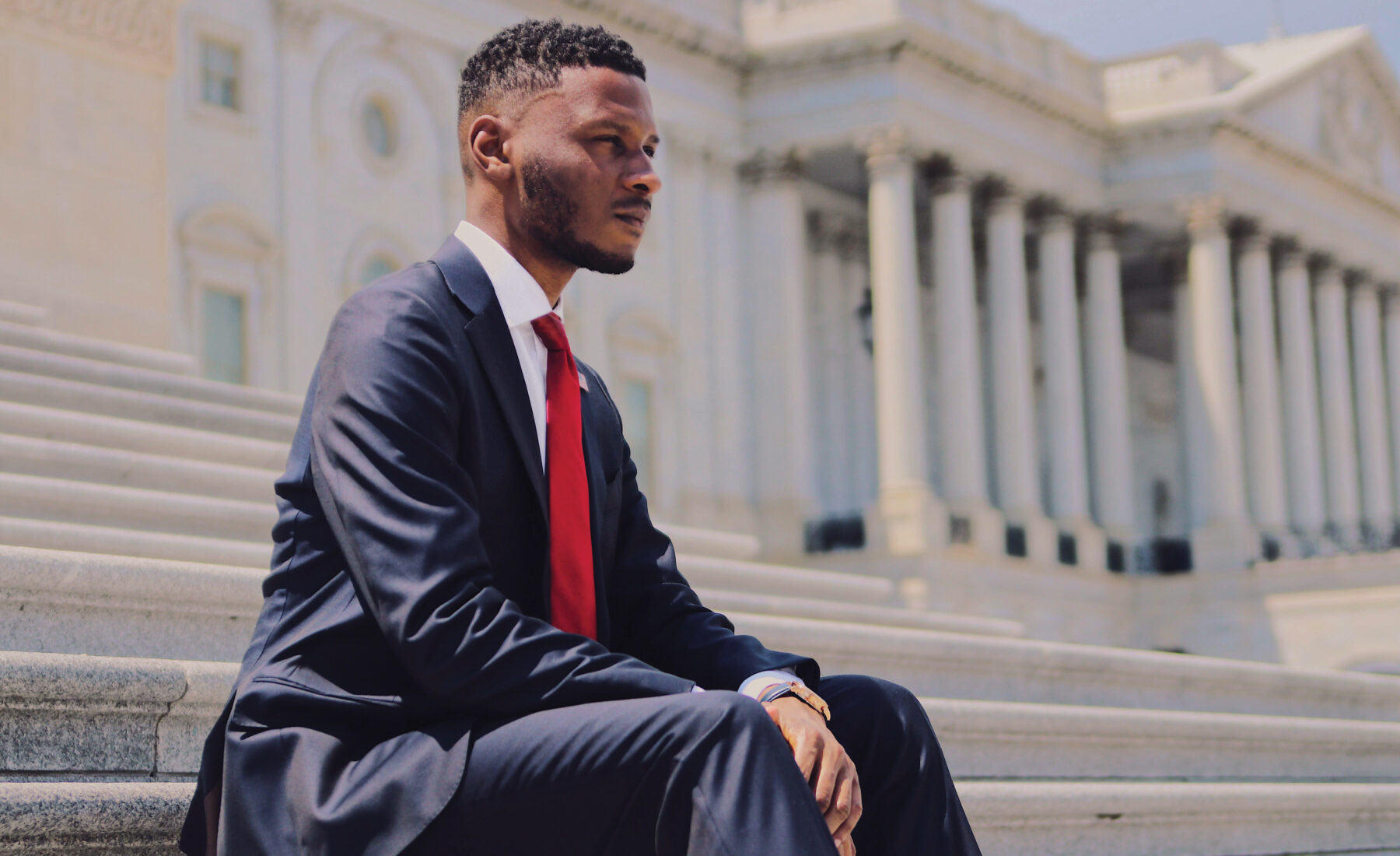 LARRY HARRIS is the type of man who you can practically hear smiling through the phone. He’s quick to joke and has an infectious laugh—you’re bound to hear it often.

If you ask Larry (LAS ’15), he’ll say that’s the Chicago in him. He grew up on the south and west sides of Chicago before moving to Chicago Heights at fourteen and says the overwhelming, consistent community support stuck with him.

Chicago is often regarded as a surly and even dangerous city, but Harris would politely disagree. That’s just not his Chicago. When his family didn’t have electricity and he had to study at the school library, it was the kind support from his neighbors and teachers that shaped him.

His father, who worked as a CTA bus driver for thirty years, spent his entire career driving through Chicago’s neighborhoods and interacting with countless people—and Harris saw his father’s love for the work every single day.

“For me, Chicago is about the kindness of its people, and it informs who I am. It taught me to treat everyone like they are a person. To listen to them. Three times now I’ve met someone from Chicago abroad and they always say, ‘I knew you were from Chicago because you are so nice.’”

That’s the type of attitude Larry is bringing to his work as a diplomat in Cameroon, a post he started in August. Harris spent two years as a Rangel Fellow, in which time he completed a master’s degree from American University in return for at least five years of foreign service.

He is spending his first year adjudicating visas for Cameroonians who want to visit the U.S. and, likely, he will be among their first impressions of Americans. That first contact is something Larry doesn’t take lightly.

“This first impression will stay with them on how America is for a very long time. Regardless of any decision we make, it’s important to put our best foot forward,” he says.

His second year in Cameroon will be spent on the political side and most work will involve maintaining the bilateral relationship between the U.S. and the Cameroonian governments.

“I have the opportunity to serve my country, its people, and carry out U.S. policy throughout the world and represent one of the many diverse parts of this great country,” Larry says. “Every single day will bring some- thing different to my life.”

Diplomacy is a “delicate dance,” Larry says. “You are trying to get into lockstep with the other person, but you are also trying to lead the dance…to get them to see your side.”

His post comes at a time of unrest in the Central African country. Amnesty International published a report this year detailing the Cameroon’s deadly cycle of violence between the French-speaking majority and the English- speaking minority.

The country is relatively stable compared to the rest of the region, but Larry is aware of the challenges that lie ahead. He and fellow U.S. diplomats will work together to advance U.S. interests and promote economic growth, security, and overall prosperity of the country.

After attending a cultural night at the Cameroonian Embassy earlier this year, he found a new appreciation for all of the food and dancing and diversity the country embodies. He brings this appreciation and his enthusiasm for diplomacy to the post.

He brings a dose of Chicago kindness with him, too.

“You need to listen to people not just for the sake of responding, but for true understanding. You have to try to understand where people come from and comprehend their values. Even if you don’t come to an agreement, you understand each other better. We need more of that in the world.”

This story appears in our latest print edition of STORIED.

A daily dose of the extreme

After the bombing of Pearl Harbor, FDR thought baseball could serve as an uplifting distraction

Celebrating our diversity through food