UMSL alumnus stands out in his St. Louis County precinct as the only Bosnian-speaking officer - EduBlog.News

UMSL alumnus stands out in his St. Louis County precinct as the only Bosnian-speaking officer 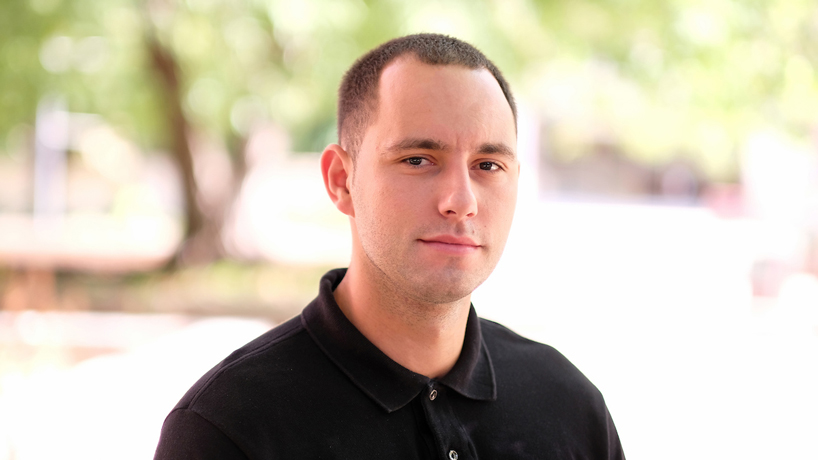 Criminology and Criminal Justice alumnus Adis Fajic now patrols the south county neighborhood he grew up in as an officer in the St. Louis County Police Department. (Photo by August Jennewein)

These days, Adis Fajic patrols the same streets where he grew up as he works the overnight shift for the St. Louis County Police Department.

The job has him making regular drives past houses he once called home in south county, and he regularly runs into familiar faces among an enclave of fellow Bosnian immigrants who settled there in the 1990s.

“It’s great,” says Fajic, who joined the force two years ago. “I see a lot of people that I knew from before – childhood friends that have grown up. I get to see them, and I help translate. There’s a lot of Bosnians in my area, and I’m the only Bosnian-speaking officer right now in my precinct.”

His path into the front seat of the patrol car runs through the University of Missouri–St. Louis, where he earned a bachelor’s degree in criminology and criminal justice in 2012.

Fajic didn’t have a career field in mind when he transferred to UMSL from St. Louis Community College’s Forest Park campus. He chose the school because of its proximity to home and the hope he could walk onto the basketball team, though he was aware of the strong reputation of the Department of Criminology and Criminal Justice.

He quickly realized basketball would be more of a time commitment than he wanted to make, but Fajic followed a friend as he enrolled in a criminal justice class taught by Assistant Professor Stephanie DiPietro and quickly discovered a subject that captivated him.

“The professors were into it,” Fajic says. “They would actually help out, and they would try to get to know you even though some of the classes were filled in those big auditoriums. They still tried to get to know each and every one of us, and we just clicked. It just kept making me want to pursue criminal justice.”

After finishing his bachelor’s degree, Fajic went on to earn a master’s at Lindenwood University before enrolling in the Eastern Missouri Police Academy. He graduated there and quickly landed his current job with a strong foundation on which to build his career.