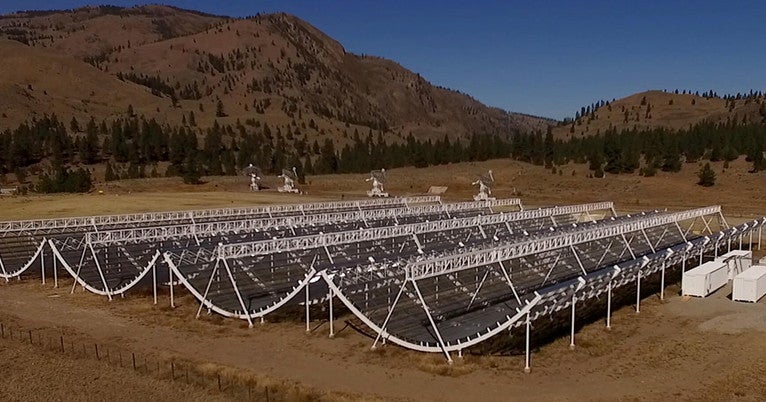 Assistant professor of physics Laura Newburgh is part of a Canadian-led experiment that has detected the second-known example of a repeating fast radio burst (FRB) originating far outside the Milky Way galaxy.

Newburgh is co-author of a pair of new studies from the Canadian Hydrogen Intensity Mapping Experiment (CHIME), a radio telescope built in 2017 and located in British Columbia. The studies appear Jan. 9 in the online edition of the journal Nature.

One of the studies reports on the discovery of 13 FRBs, including seven that were recorded at the lowest frequency thus far — 400 megahertz. The other study reports on the detection of an FRB with six repeat bursts, all of them originating from the same location 1.5 billion light years from Earth.

More than 60 FRBs have been observed to date, but this is only the second time researchers have found repeating bursts from a single source.

“The nature of fast radio bursts is still unknown, but the potential options for what astrophysical phenomena and environments could produce such bright, fast bursts across such a broad radio band continues to narrow as we discover more sources,” Newburgh said. “With data from a limited period during instrument commissioning, the CHIME telescope added ~20% more FRBs to the known population by detecting a dozen new FRBs and finding a second repeating FRB. This highlights the power of CHIME to further unravel this mystery as the instrument gears up for a multi-year survey.”

For more information about CHIME, visit the project website.