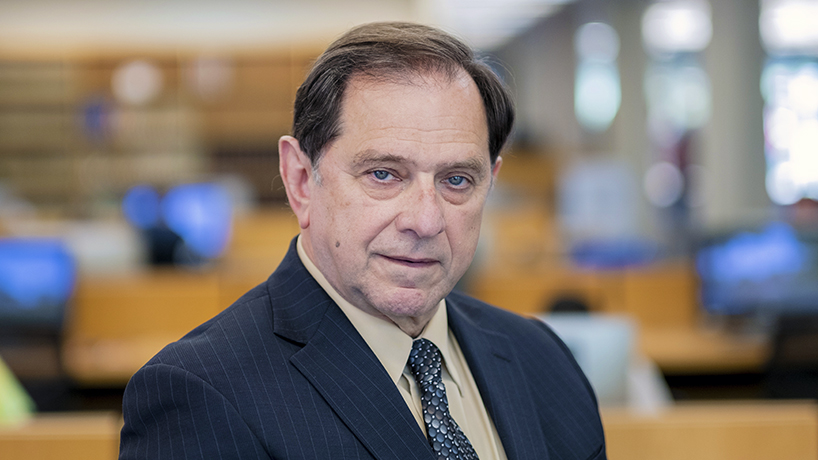 The University of Missouri–St. Louis 1977 secondary education and educational administration MEd alumnus is currently the longest-serving and one of the hardest-working superintendents in Missouri. The district comprises 18,000 students, 3,000 employees and approximately 75 administrators. This translates to five high schools, four middle schools, 16 elementary schools and some days that stretch to 19 hours.

“In a big district like this, it’s pretty wild most of the time,” he says.

Keeping up with the district’s growth is one of his proudest accomplishments.

“I’m really proud of the fact that we were able to communicate to the public and get the support we needed when we needed it,” he says.

Communication is an attribute of DuBray’s tenure, evident through measures like Positive Peer Influence, which teaches students the reverse of negative peer pressure, and School Message, technology that allows the district to contact all parents simultaneously. DuBray also helped transform the conversation around the district’s negotiated agreements through a problem-solving strategy called win-win.

He takes inspiration from figures like former UMSL faculty member Jerry Pulley and administrators like Larry Doyle, who preceded DuBray as superintendent.

“I respected him so much that I was scared to death to follow him,” DuBray says. “If you follow someone who is really successful, it’s tough because you have to be as successful or more successful. I knew I had to work hard and harder than he did.”

More than 1,200 log on to annual Focus on Teaching and Technology Conference for new ideas, networking

Hispanic Heritage Month at UMSL: A Q&A with Marité Balogh and Luimil Negrón

Validating the physics behind the new MIT-designed fusion experiment

Lessons from a Cooling Climate