‘Birdbrained’ may be the finest compliment - EduBlog.News

‘Birdbrained’ may be the finest compliment 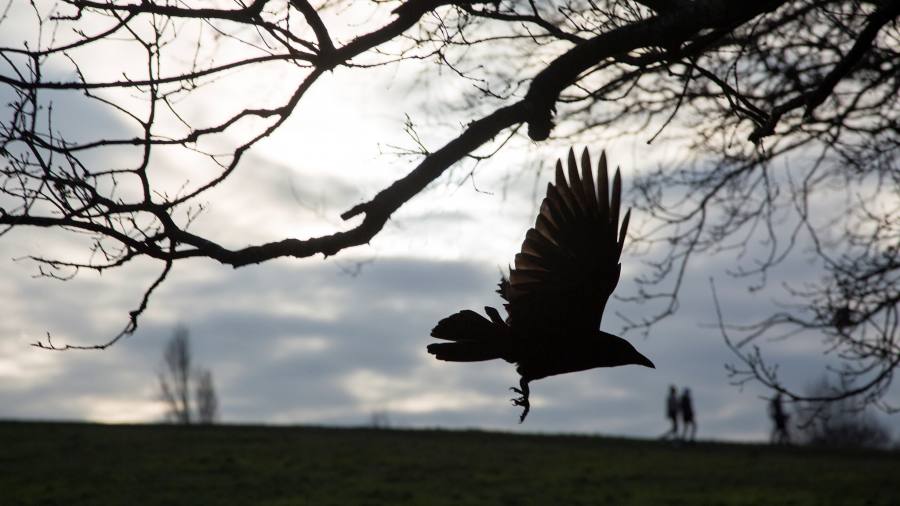 Mango the crow faces a tantalising problem. The box in front of him contains a morsel of food, which he cannot extract through the container’s narrow opening. The solution lies in the cylinders arrayed on a tray beside him, some with hollow ends and some solid. Within minutes, Mango works out how to fit three pieces together to create a pole long enough to push the treat out of the box.

This feat, reported in October 2018 by researchers from the University of Oxford and the Max Planck Institute for Ornithology, near Munich, represents the first recorded instance of any non-human animal putting together a compound tool with more than two parts. It is the latest in an astonishing roll-call of avian accomplishments discovered over the past 20 years, from Betty the crow, who bent a straight wire into a hook to lift food from a box, to experiments showing that talking parrots do not just mimic the human voice but acquire some understanding of what the words mean.

Birdbrained, once an insult, is becoming a compliment. Avian brains, which scientists once assumed were hard-wired by evolution to respond instinctively to different situations, are capable of flexible and even imaginative thinking. Alex Kacelnik, head of the Behavioural Ecology Research Group at Oxford, who pioneered the study of New Caledonian crows such as Mango, says: “To put together a compound tool, the bird has to anticipate the properties of something that it hasn’t seen before.”

As artificial intelligence becomes ever more important as a research theme, scientists are looking for clues from non-human animals about new ways to develop AI. Kacelnik, for example, has begun to work with technologists at the Technical University of Berlin to model some of his insights from crows in computers and robots.

“The mental abilities of corvids [the crow family] and parrots are as sophisticated and diverse as those of apes,” says Onur Güntürkün, a neuroscientist specialising in animal cognition at Ruhr-University Bochum in Germany.

Corvids and parrots, the two most intelligent bird groups, match apes, the most intelligent non-human mammals, in standard measures of cognition, including memory, numerical ability, self-recognition, distinguishing simple words, planning ahead and keeping hidden objects in mind. Even pigeons, a less brainy family, can perform at primate level in several tests, including learning hundreds of abstract symbols.

According to Dora Biro, associate professor of animal behaviour at Oxford, who works both with chimpanzees and birds, there is no simple answer to the question: which is more intelligent? “Many very social species of birds show high levels of intelligence, including an ability to manipulate others and avoid being manipulated themselves.” For example, birds such as ravens and jays, which hide food, change their behaviour according to whether they think other individuals are watching them and may steal their caches.

Flying the flag for parrots is Irene Pepperberg, a psychologist at Brandeis and Harvard universities. Her work with African grey parrots — particularly a talking bird called Alex that she studied intensively for 30 years — showed they could learn more than 100 English words and demonstrably understand their meaning. Alex distinguished previously unseen objects according to their colour, texture and shape. He could count and even carry out simple additions of low numbers up to eight.

For a long time neuroscientists were reluctant to consider the cognitive prowess of birds because their brains are tiny, typically weighing 5g to 20g, while ape brains are between 275g and 500g. And birds do not have a cortex, the brain region regarded as the neural basis of cognition in mammals.

Birds’ brains are anatomically very different to those of mammals, from which their evolutionary line separated 300m years ago, and neurobiologists such as Güntürkün are just beginning to understand how they work. “It seems to be an example of parallel evolution converging on similar mechanisms for cognition and complex behaviour, though the overall organisation of their brain looks vastly different,” he says.

As for their small brain size, Güntürkün points out that bird brains pack in neurons much more tightly than their mammalian counterparts. “The density of their neurons is six times greater than in human brains,” he says. “Because they are closer together, switching and signal processing within the avian brain may be faster and more efficient.”

Such neural efficiency may account for the uncanny ability of some birds to communicate almost instantly as they flock together, making sure they maintain their flying formation and, in the case of homing or migrating species, end up in the right place.

When it comes to analysing the emotional lives of non-human animals — to what extent they experience feelings such as love and grief, joy and sadness — science still has a long way to go. “What we display with our facial muscles, birds can show through their head orientation and movement of their feathers,” says Thomas Bugnyar, a biologist at the University of Vienna. “What parrots do with their feathers is amazing, putting them up or down or pressing them to the head.”

Bugnyar and other researchers are trying to probe avian feelings through both biochemical and electronic means. One approach is to test birds’ blood and saliva for changing levels of hormones associated with stress and emotion, including mesotocin, the avian equivalent of oxytocin, the hormone that promotes social bonding in mammals. Another is to scan birds’ brains for neural activity. But it is not easy to extract samples of body fluids from living birds or to put them in a brain scanner.

Meanwhile, some scientists are beginning to make remarkable cognitive claims for another group of animals with far smaller brains: insects, which have about a million neurons, compared with 2bn in a parrot and 100bn in a human brain. Far from being living automata, some insects such as bees and ants seem to have an active “inner life” and might even have some form of consciousness, says Lars Chittka, a behavioural ecologist at Queen Mary University of London.

In one experiment, small groups of bumblebees learnt how to solve a puzzle, pushing a small ball to a particular location to obtain a sweet reward, by watching demonstrations of the procedure; they then worked out a new and more efficient strategy of their own.

Another study showed that bees could have “optimistic and pessimistic emotional states”, he says. They first learnt that flying to one colour (such as blue) would produce a sugar reward, while another (green) yielded nothing. Then the bees were presented with an intermediate colour (blue-green); they were much more likely to try their luck there if they were put into a good mood with a surprise droplet of sugar on their way to the experiment.

It may seem far fetched to imagine beebrained becoming a compliment along with birdbrained, but we should recognise that some insects can think in a way that at least bears comparison with human thought.