Top translation firm rapidly growing, partly due to its improvement on machine translation 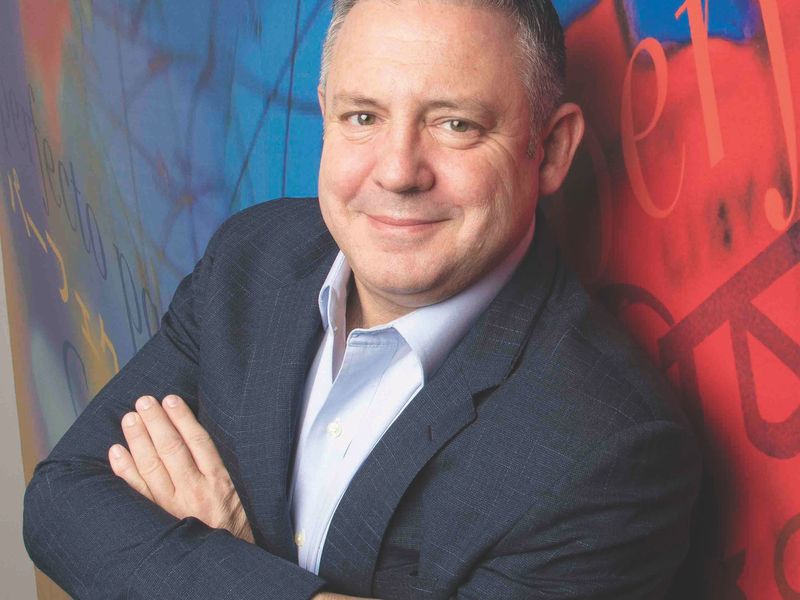 Today their brainchild is the nation’s largest translation company, with clients including Amazon and Walmart plus many of the city’s top financial institutions and pharmaceutical companies.
“They do a great service and are incredibly responsive,” said Seth Levine, a partner at Manhattan law firm Levine Lee, who has been a TransPerfect client for seven years.

Even in an era of America-first tariffs and trade wars, the need for translators continues to grow. Last year TransPerfect generated $93 million in operating profit on a record $705 million in revenue, $90 million more than in 2017.

“I would bet if you looked at the growth rate of all the companies in existence in 1992,” Shawe said, “we are the most successful company in the United States over the last 25 years.”

The numbers back up his boast. TransPerfect’s 35% compounded annual growth rate towers over Apple’s 15%, although the iPhone maker is vastly larger. And Shawe, a star Sears appliance salesman as a teenager, predicts the best is yet to come.

“We will continue to grow,” he vowed. “This was very taxing on us, but if you look at our growth, you wouldn’t know it.”

The “this” Shawe mentions refers to his ferocious, four-year custody battle with Elting for control of the company. Making the rift more awkward, Elting was his fiancée before she called off their engagement in 1997.

Their professional-services version of the Wars of the Roses began in 2014, when years of internal tension boiled over and Elting sued Shawe for mismanagement and malfeasance; he countersued. Trouble was, their partnership agreement had no provisions for how one partner could buy out the other.

The dispute dragged on and got more vitriolic. At one point Shawe’s mother—who years earlier had been made a 1% shareholder to tip the ownership balance and allow TransPerfect to qualify as a woman- owned business—sued Elting’s husband. All told there were at least 20 lawsuits filed in New York and Delaware involving 30 law firms. The legal bills hit $250 million.

“We were a full employment agency for lawyers,” said Shawe, who at one point was fined $7 million by a judge for destroying evidence. After more than a year of litigation, in 2015 Chancellor Andre Bouchard of Delaware’s Court of Chancery threw up his hands and ordered the bickering partners to sell the business outright.

Elting partnered with Blackstone Group to bid against Shawe. TransPerfect rival Lionbridge, which is owned by private equity firm HIG, also made a bid. In late 2017 a custodian declared Shawe’s $770 million offer the best and awarded him the company. Elting, who declined to comment, walked away with $385 million.

After winning sole custody, Shawe set about rebuilding. He persuaded the chief technology officer and about two dozen other top executives who had fled amid the turmoil to return to the firm. He also made three acquisitions, his first since a court-imposed moratorium.

Still, the effects of the lengthy legal fight won’t be known for a while. To buy out Elting, Shawe took on substantial debt, borrowing from Owl Rock Capital Partners, a firm run by former Blackstone, Goldman Sachs and KKR executives. But perhaps more worrisome than the debt burden is the fact that the court allowed top competitors to get an intimate view of TransPerfect’s operations and business plans in order to prepare their auction bids.

“They definitely got access to trade secrets,” Shawe said.

Despite it all, Shawe says his company is performing as well as ever. Clients attest that even during the ownership fight there was no decline in service. “If anything like that ever happened, it would be addressed in short order,” said Brett Tarr, a Caesars Entertainment attorney.

Last week TransPerfect hired its 5,000th employee. About 800 of its workers are in New York, the rest scattered around the country and overseas, including in London, São Paolo and Tel Aviv.

More importantly, the hordes of lawyers and investment bankers who for years practically lived at TransPerfect’s Midtown headquarters finally have vanished.

Plus, the ordeal made Shawe’s enterprise famous.

“We’re now the most known translating company in the world after this fight,” Shawe said, echoing P.T. Barnum’s view of publicity: “I don’t care what you say about me; just spell my name right.”

But Shawe does not rationalize the saga. “This was extremely taxing,” he said. “A lot of people were on edge.”

Of course, competitive threats are looming. You may have heard of them: Google and Microsoft.

For many years the software giants have offered translation services, often with clunky and unintentionally hilarious results. Idiomatic expressions such as “kick the bucket” were translated literally. Phrases whose meanings varied depending on the context often were bungled.

The big problem with machine translation is it tends to treat each sentence in isolation. “The MT system does not do what [humans] do, which is taking prior context into account when translating the next sentence,” said Lane Schwartz, a professor at the University of Illinois Center for Translation Studies.

But the machines are getting better. In 2016 Google announced its software had significantly improved. Last year Microsoft said it could translate news articles from Chinese into English as accurately as a human translator, and it plans to roll out additional languages on its advanced systems this year.

“Hitting human parity in a machine-translation task is a dream that all of us have had,” a Microsoft executive said. “We just didn’t realize we’d be able to hit it so soon.”

For now, the impact on TransPerfect’s business appears small. Indeed, Shawe says his firm uses machine-translation technology to help its wordsmiths do their jobs faster. “We see machine translation,” he said, “as more of an enabler than a threat.”

Shawe reckons TransPerfect is protected from the march of the machines because its staff has experts in translating financial, legal and medical documents, fields where an understanding of the subject matter is essential. Banks, law firms and drug companies also value confidentiality—for example, when translating written comments from patients in clinical drug trials on how they responded to a treatment.

Sometimes, too, machine translations might be accurate but still don’t convey the message companies want to send. “We know it’s important to Royal Caribbean to always say ‘guest’ instead of ‘passenger,'” Shawe said.

Even though terms such as globalism and immigration are reviled in some quarters these days, the corporate urge to grow internationally and reach non-English speakers is alive and well, driving the demand for more qualified translators. Common Sense Advisory, a research firm, estimates revenues for translation firms will grow by 8% annually and reach $56 billion by 2021.

“As businesses optimize their customer experience in home markets through digitization,” Common Sense founder Donald DePalma said in a statement, “companies are under pressure to globalize their entire operations.”

Translation opened doors for TransPerfect, but the firm now offers a suite of corporate services. It’s a big provider to law firms, offering document storage for which clients say they pay up to $50,000 per month. Legal work, as it happens, is growing nearly as fast as translation. Since 2009 the number of civil cases pending in federal courts around the country has risen by 12%.

Another result of Shawe’s victory is that the nation’s largest translation company is run by a person who speaks only English. (Elting is proficient in French and Spanish.) That detail seems to be a source of some sensitivity; Shawe was asked three times which foreign languages he knows before acknowledging that he knows none.

On the upside, he said, “It helps me see things from a client’s perspective.”