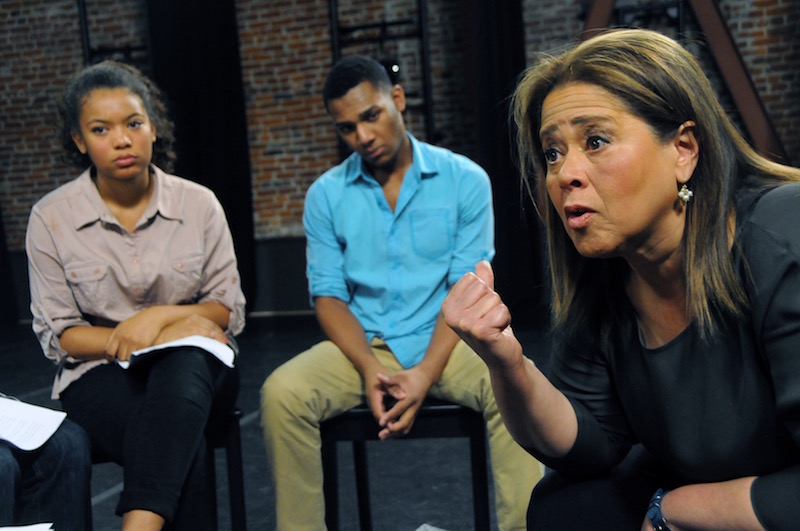 Smith will visit campus for a two-day residency March 21 and 22, which will include an award ceremony and public presentation.

“Anna Deavere Smith is a pioneer of theater who has made invaluable and profound artistic contributions to society. She approaches some of the most challenging issues of our time with creativity and meticulous research,” said Brandeis President Ron Liebowitz. “I look forward to welcoming her to campus as this year’s Richman Fellow.”

Smith has received numerous recognitions for her 15 one-woman shows created for the stage. Her works often explore issues of race, community, and identity through testimony gathered from hundreds of interviews with real people. While they are one-woman shows, Smith plays multiple — sometimes dozens of — characters.

She was given the National Humanities Medal by Presid­­ent Obama in 2012 and named the Jefferson Lecturer in 2015, the nation’s highest honor in the humanities. She won the Drama Desk Award for Outstanding Solo Performance in 1993 and 1994, was nominated for a Pulitzer Prize in Drama in 1993 and was awarded a MacArthur grant in 1996.

Along with her work for the stage, Smith is also a star of film and television. She currently appears on the ABC hit series “Black-ish” and the ABC legal drama “For the People.” Previous television credits include Showtime’s “Nurse Jackie” and NBC’s “The West Wing.” Her films include “The American President,” “Rachel Getting Married” and “Philadelphia.”

As part of Smith’s Richman presentation, “Snapshots: Portraits of a World in Transition,” she will perform portrayals of people she has interviewed, recreating a diversity of emotions and points of view on controversial issues. The presentation will be held March 21 at 4 p.m. in Sherman Function Hall. The event is free and open to the public.

The Richman Fellowship is hosted by the International Center for Ethics, Justice and Public Life on behalf of the Office of the President.